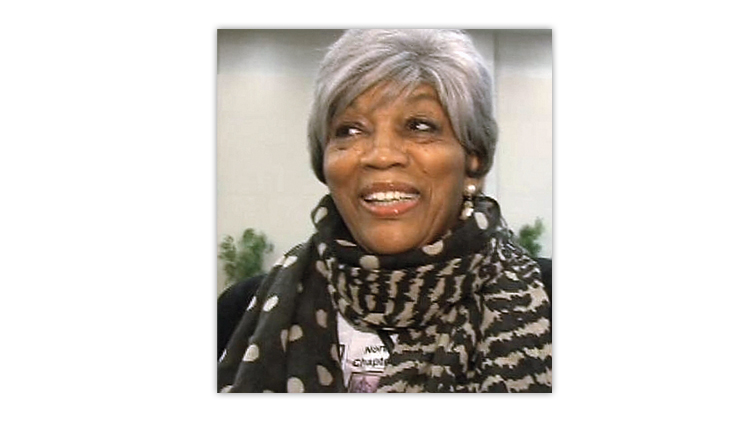 While attending a stamp show in 1971, Dr. Hayes discovered she was one of just two African-Americans in attendance.

The other was Jesse Owens, the track-and-field Olympian who became a national hero following his success at the 1936 Olympic Summer Games in Berlin, Germany.

A graduate student at the time, she approached Owens for an autograph, and he stood to greet her.

In the course of their conversation, Dr. Hayes later recalled, Owens elicited a promise from her to find some way to help other African-Americans “take pride in what they do, and what they have accomplished.”

She carried that promise with her, and in 1988 she founded the Ebony Society of Philatelic Events and Reflections, known by the acronym that also spells out her first name, ESPER.

The society is “dedicated to promoting the collecting of stamps and philatelic material depicting people and events related to the African Diaspora and to encouraging and supporting the interest and participation of Black people in all aspects of philately,” according to a statement on its website.

The success of her efforts is evident by the club’s international membership of more than 300. With chapters in several states, ESPER regularly participates in stamp shows throughout the United States.

The society celebrated its 30th anniversary in 2018.

“At the age of 33, she moved to New York where she became a social worker working for the City of New York and worked tirelessly to help children find stability in their lives,” according to a remembrance prepared by the society. “While managing two group homes for Lutheran Services Agency, she went back to school and earned her master’s degree and doctorate in social work from Yeshiva University.”

Her interest in stamp collecting began at age 9, when she collected birds and butterflies on stamps.

As an adult she promoted the stamp hobby through her exhibits at schools and libraries, and by helping to form stamp clubs for youngsters.

“Stamp collecting is a wonderful hobby for everybody,” she said in an interview for the 25th anniversary of ESPER.

She also reflected on the importance of stamps: “ … you can teach your children that they have a right to be proud of who they are — and they are a part of the history that no one can change.”