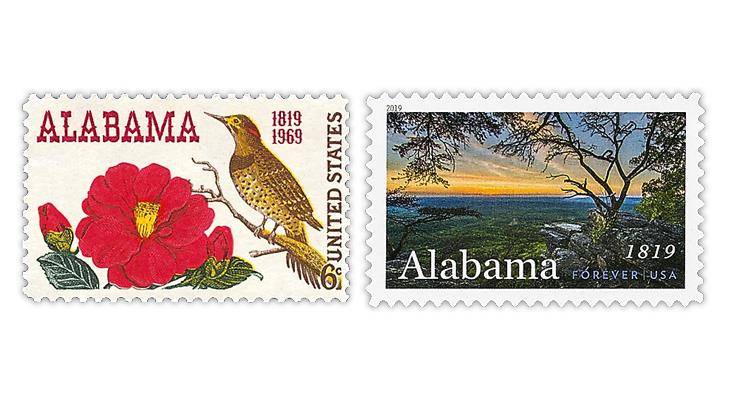 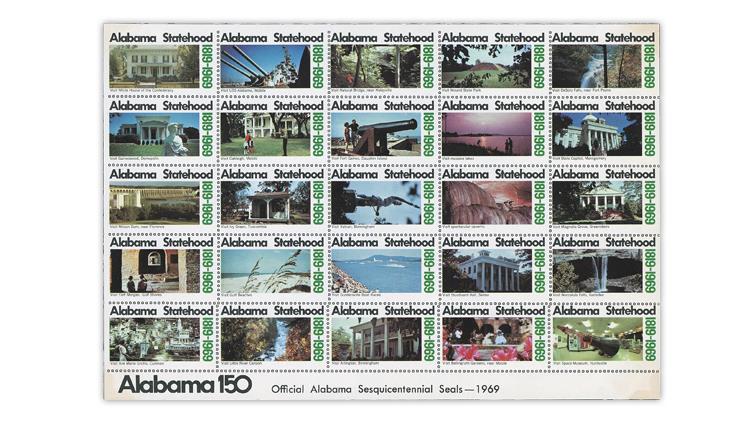 Figure 2. As part of its observance of the 150th anniversary of statehood, the Alabama government released this set of 25 commemorative labels featuring things to see and places to visit around the state. 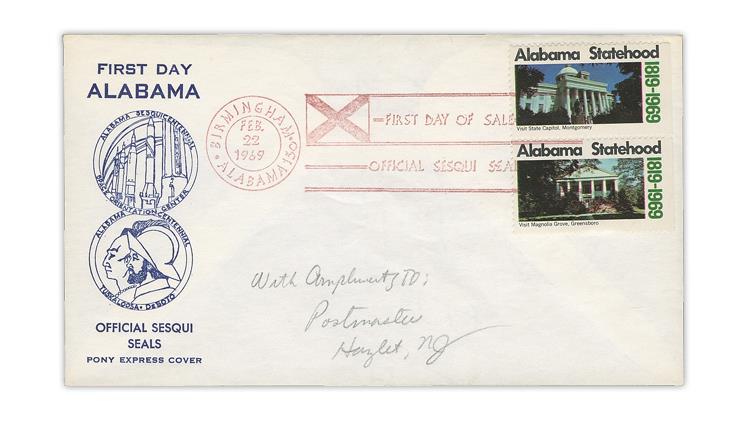 Figure 3. The Alabama 150th anniversary statehood label also can be found on first-day-of-sale covers, such as this example addressed to a postmaster in New Jersey.
Previous
Next

Traditionally, 50-year statehood anniversaries are celebrated by a single United States commemorative stamp. As shown in Figure 1, Alabama’s 150th anniversary in 1969 was marked by a 6¢ stamp (Scott 1375), and the U.S. Postal Service issued a forever stamp in 2019 for the 200th anniversary (5360).

Every state has natural and man-made wonders, historical sites, statues of leading citizens and other things that can be pictured to represent its greatness. It must be a matter of considerable frustration to have to select one design to symbolize the state for its once-every-50-years honor.

In 1969 it seems that the frustration was given vent to when Alabama sanctioned the set of 25 “Official Alabama Sesquicentennial Seals” shown in Figure 2. These labels were released in both perforated and imperf form.

My guess is that the labels were part of a visit Alabama promotion by the state’s tourism bureau.

First-day-of-sale covers were arranged; an example canceled Feb. 22, 1969, in Birmingham is shown in Figure 3. The cover is addressed to the postmaster of Hazlet, N.J., but shows no other indication of having gone through the mail, despite the “Pony Express Cover” imprint at the bottom of the cachet.

The subject for the 2019 200th anniversary stamp is Pulpit Rock in Cheaha State Park. While other state parks are shown on the 1969 labels, that park is not.