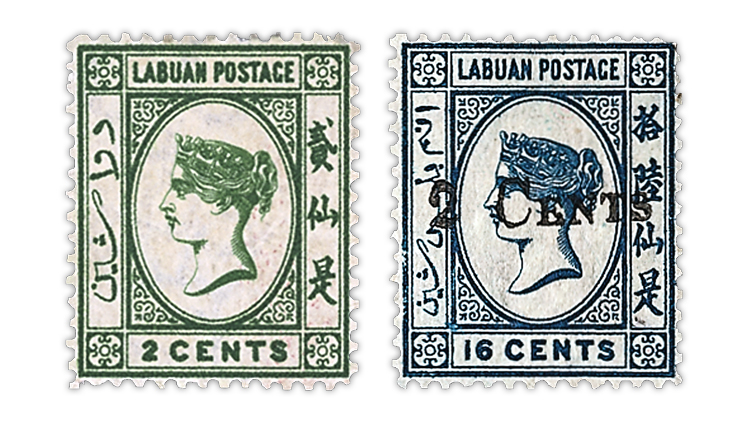 The March 4 issue of Linn’s Stamp News just landed on the presses and goes in the mail to subscribers Tuesday, Feb. 19. And if you subscribe to Linn’s digital edition, you’re at the head of the line with early access Saturday, Feb. 16. Here are three stories you'll want to check out.

The first stamps of Labuan (shown above) were issued in 1879 and feature a portrait of Queen Victoria. Janet Klug shares this and more in the Stamp Excursions column.

Colorano “Silk” Cachets now may be the longest-running first-day cover cachet line, thanks to the intervention of longtime Colorano collector Dave Dresdner. Author Lloyd de Vries has the story in this week’s First-Day Covers column.