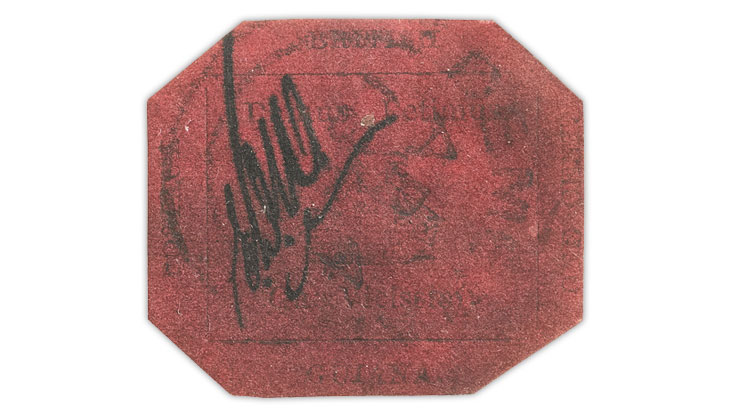 The legendary British Guiana 1856 1¢ Magenta, arguably the world’s most famous stamp, made headlines June 8 when it was sold for slightly more than $8.3 million during a Sotheby’s auction in New York City.

“Within two hours of the sale, the British dealer and philatelic publisher Stanley Gibbons announced it was the purchaser of the stamp and intended to ‘democratise the ownership’ of it, presumably by selling shares in the stamp to the public,” reported Matthew Healey in the June 28 issue of Linn’s Stamp News.

Since that time, Stanley Gibbons, which is based in London, has launched an effort to give collectors and others an opportunity to own a part of this iconic stamp through fractional ownership, which Investopedia defines as “percentage ownership in an asset. Fractional ownership shares in the asset are sold to individual shareholders who share the benefits of the asset such as usage rights, income sharing, priority access, and reduced rates.”

In an Oct. 4 press release, Stanley Gibbons announced that it has selected the online platform Showpiece to facilitate fractional ownership of the 1¢ Magenta. Details are available on the Showpiece website.

Those who register their interest on the website will have the opportunity to acquire shares in the stamp “during the first, early access period,” according to Stanley Gibbons.

These initial shares will be sold at a lower price than shares offered during future offerings, Stanley Gibbons said.

According to Stanley Gibbons, the first shares in the 1¢ Magenta will be available for purchase sometime in November.

Stanley Gibbons decided to partner with Showpiece because “it has invested heavily in the customer offering and will continue to do so.”

“This gives us confidence that our customers will receive the best experience possible,” Stanley Gibbons said.

“In addition, Showpiece plan to continue adding features and improving the platform over time so that the customer experience continuously develops.”