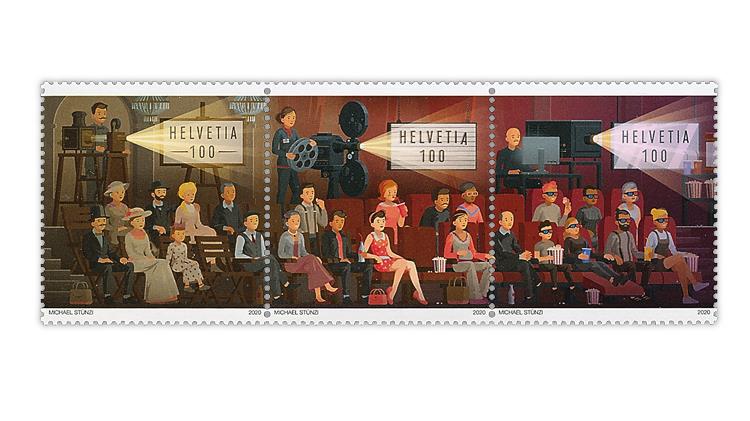 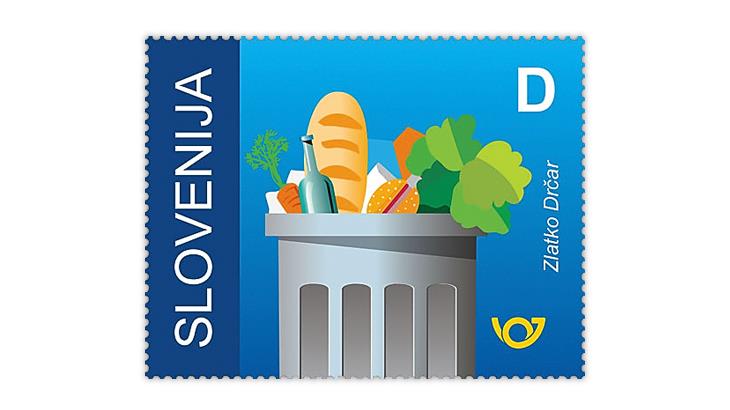 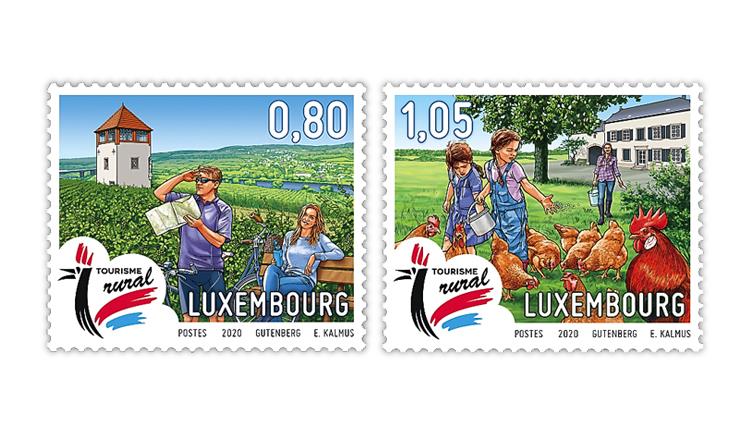 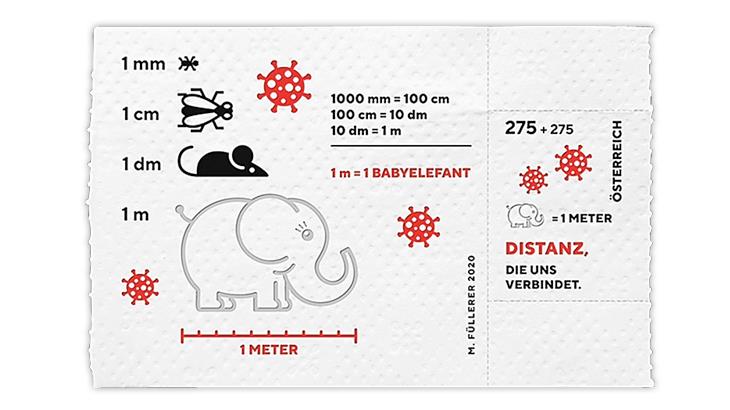 An award for creativity went to Austria’s COVID-19 souvenir sheet printed on toilet paper. The baby elephant shown on the stamp and in the margin represents social distancing. 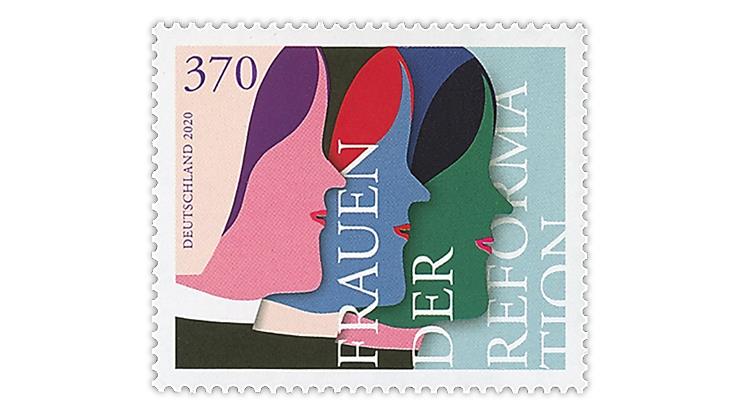 In the designs, which are se-tenant (side-by-side), Zurich-based graphic artist Michael Stunzi shows the progress of projectors and operators through the years; illustrates changes in the moviegoing public, including fashions of different eras; and highlights trends, such as the use of 3D glasses.

Filanci said that he believes that the key merit of the Asiago prize is that of “not focusing on generic beauty and eye-appeal, which always depends on varying tastes, but precisely on Art, that is, on creativity which is adherence to the reality and culture of the moment”.

The jury did not miss the messages on the five stamps issued by Slovenia Sept. 25, 2020, to promote environmental cleanliness (Scott 1398-1402).

The stamps illustrate bad habits that affect the environment, including discarding chewing gum on the sidewalk, throwing cigarette butts out of car windows and illegal dumping. The other two stamps represent graffiti as vandalism and food waste.

The jury said that designer Zlatko Drcar conveyed “in the clearest and most meaningful way” the importance of eliminating bad impulses.

The jury specifically mentioned the design of the nondenominated “D” Food Waste stamp (Scott 1402). “The bin full of discarded food [depicted on the stamp] must make us reflect on needless food waste,” the jurors opined.

Diego Rigoni presented Damjan Lah of the Slovenian post office the plaque of the Estimable Regency of the Seven Asiago Municipalities for the best stamp issue with an environmental theme.

Rural tourism is featured on two Luxembourg stamps that garnered the attention of the judges, winning the prize for the best stamp issue promoting tourism.

An affordable and increasingly popular form of travel, rural tourism is enjoyed equally by children and their parents as shown on the two stamps issued June 9, 2020 (Scott 1544-1545).

Luxembourg Post described the stamp designs as reflecting “the joys of rural tourism with easy-to-interpret images: children with farm animals or hikers in a country landscape in the vineyards of the Luxembourg Moselle.”

Eugene Kalmus, the illustrator of the captivating designs, was lauded by jury members, and a plaque was presented to Isabelle Faber, communication and public relations director of Post Luxembourg, and to the consul Gian Angelo Bellati.

A focus on COVID-19 could not be missed because it generated a considerable number of stamp issues in 2020. Filanci, president of the Italian Academy of Philately and Postal History, decided to reward the stamp issued by Austria for its creativity.

In a reference to the early days of shortages during the pandemic, this €2.75+€2.75 semipostal stamp was printed on toilet paper in a souvenir sheet of one. The perforations also resemble those of toilet paper.

The Olympic Academy chose to give its special award to Germany’s €3.70 Women of the Reformation stamp issued Oct. 1, 2020 (Scott 3186). Susan Stefanizen’s design showing three stylized women is an unprecedented reference to the many low-profile, but important, women who supported the Lutheran Reformation, a crucial moment in the history of the second millennium.

The awards ceremony ended with the postmarking of postal souvenirs with the Italian special cancellation commemorating Maurizio Stella, organizer of the Asiago awards for 50 years. The postmark was designed by his wife, Nadia Stella, with the assistance of Enrico Menegazzo.

Similarly, the cancellation celebrating Asiago prize pioneer and author Mario Rigoni Stern was designed by his sister Maria and his son Alberico. They worked with Rosemarie Stacchini, head of the Philatelic Office of San Marino, to create the cancellation.