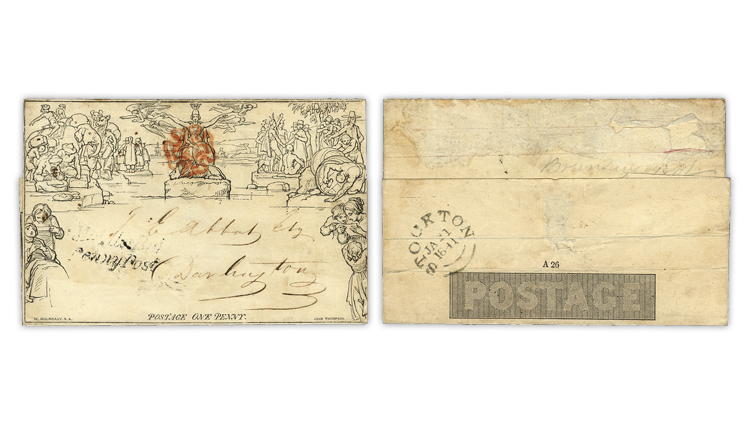 Figure 1. The famed Mulready envelope of Great Britain, issued coincident with the Penny Black stamp in 1840, was not as popular as expected and was replaced in 1842. 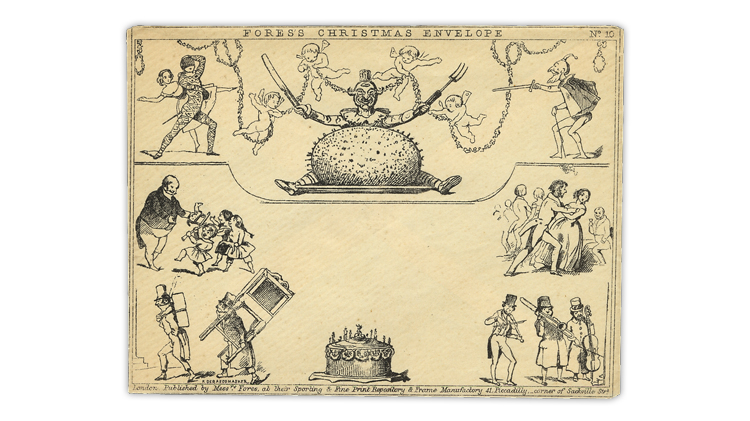 Figure 2. The Mulready envelope was lampooned in England, as shown by this humorous takeoff. 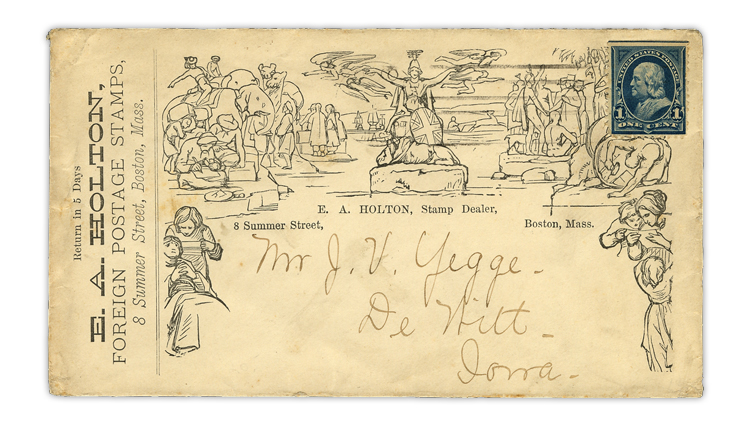 Figure 3. Stamp dealer E.A. Holton of Boston used the Mulready envelope design to help advertise his business from at least 1890 to 1897.
Previous
Next

Both stamp and postal stationery were sold starting on May 1, 1840, and were valid for postage beginning on May 6.

William Mulready designed this letter sheet, and it is named after him. An example of the Mulready is shown in Figure 1. The arresting art is titled “Britannia sending letters to the world.”

This Mulready envelope was canceled in Stockton on Jan. 21, 1841, and sent to nearby Darlington. The rate for inland use was 1d for up to half an ounce, and the Mulready has a “Penny Post” handstamp.

Although there are several Stocktons in England, this one is probably Stockton-on-Tees in County Durham, which was linked to the Darlington address by a rail line.

As can be imagined, the complicated design of the Mulready was the butt of jokes, was derided and ultimately was lampooned. Figure 2 shows one of these caricatures.

It stands to reason that something as prominent in philately as these letter sheets would somehow migrate west to America. They did, and I have two versions of a Mulready takeoff used by stamp dealer E.A. Holton of Boston, Mass., one of which is pictured in Figure 3.

This 1897 version is shown courtesy of Linn’s reader Bill Sammis of Ithaca, N.Y. An earlier example from 1890 illustrates that Holton used the Mulready design on his business mail for at least eight years.