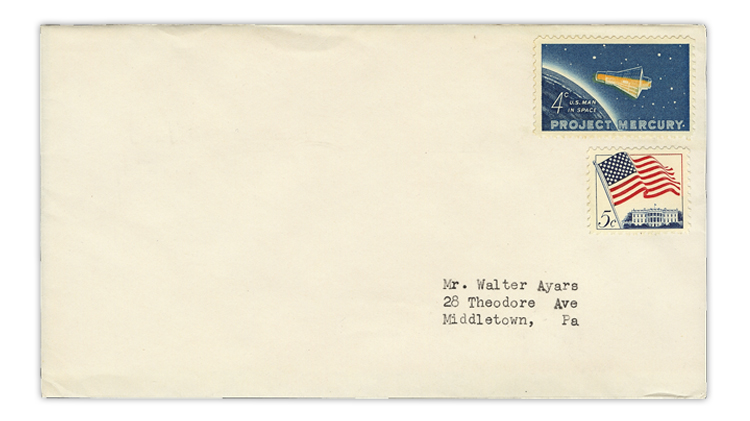 Figure 1. Submitted in late 1963 for cancellation in the expectation that the Cape Canaveral, Fla., post office would be changing its name to Cape Kennedy, this cover franked with a 4¢ Project Mercury stamp and a 5¢ Flag stamp was returned to the sender w 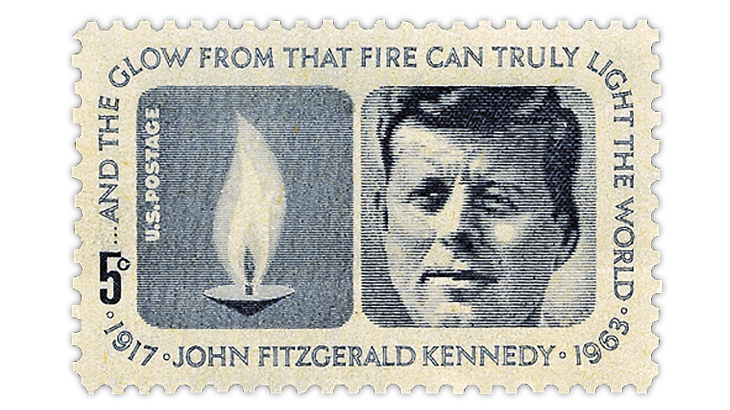 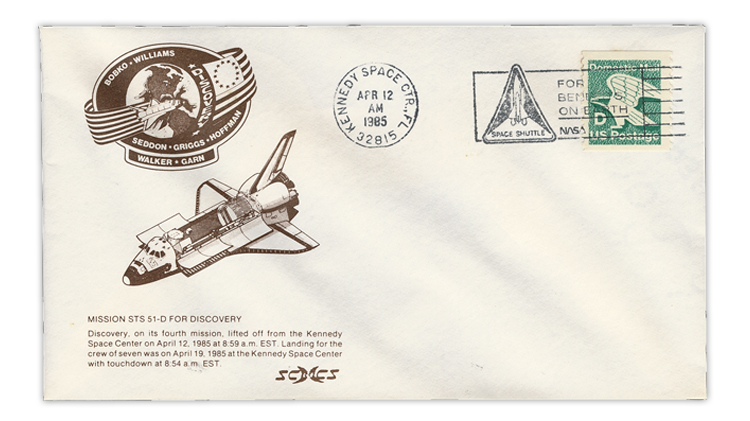 Figure 3. President Lyndon B. Johnson changed the name of Cape Canaveral by executive order, an event countered 10 years later by the Florida Legislature. But his renaming of the NASA Launch Operations Center to honor the slain president stuck, as seen on
Previous
Next

“Learn something new every day” is a motto I’ve lived by for many years, and stamp and cover collecting makes it easy to do so.

I recently acquired the uncanceled cover addressed to Walter Ayars shown in Figure 1. Included with the cover was a printed letter hand dated Jan. 8, 1964, from Lyle A. Meadows, the officer in charge of the United States post office at Cape Canaveral, Fla.

It seems that Ayars had sent the envelope with a request for a “Cape Kennedy, Florida” postmark.

Meadows replied in part, as follows: “I have been advised by the Post Office Department that the question of changing the name of this post office is under consideration but no decision has been reached at this time. You are assured that if and when any change in the name of this office is made, adequate publicity will be given to the change.”

The letter and uncanceled cover were enclosed in an Official business penalty envelope, canceled Cape Canaveral, Fla., on Jan. 8, 1964.

This fits with the notice to postmasters that was published in the Dec. 12, 1963, Postal Bulletin under the heading “Mail Addressed to Cape Kennedy, Fla.”:

“As a result of the recent announcement by President Johnson that Cape Canaveral had been changed to Cape Kennedy in memory of the late President, there will no doubt be some mail deposited, addressed to Cape Kennedy, Fla.

An online search revealed more information about the post office.

The original post office was built in the 1890s and functioned under the name Artesia, according to Wikipedia’s entry for Cape Canaveral. (The cited source was Cape Canaveral by Ray Osborne, published in 2008 as part of Arcadia Publishing’s Image of America series).

According to the Post Office Department’s June 17, 1891, Daily Bulletin of Orders Affecting the Postal Service, the Artesia post office in Florida’s Brevard County was established May 19, 1891.

The name change from Cape Canaveral to Cape Kennedy was approved by the U.S. Board on Geographic Names in December 1963, but the change was not popular with many Florida residents. It took 10 years, but the Florida Legislature passed a law in May 1973 restoring the Cape Canaveral name. The Kennedy family agreed that the name was a matter for the citizens of Florida to determine.

However the John F. Kennedy Space Center retained its name. That appellation is seen in the STS Mission 51-D cover cancellation from 1985 shown in Figure 3.

Meanwhile the Postal Service never did agree to change the name of Cape Canaveral to Cape Kennedy.