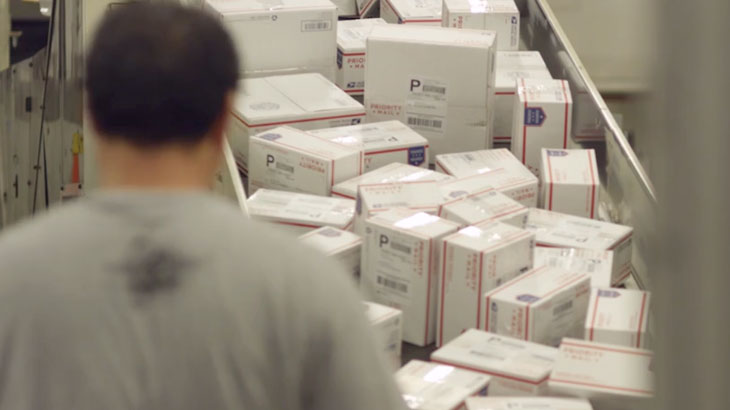 The Trump administration is once again upset with the United States Postal Service, this time over its efforts to stop Chinese drug makers from using the mail to distribute the dangerous drug fentanyl.

The president announced by tweet on Aug. 23 that he was directing the Postal Service, along with FedEx, Amazon and UPS, to “search for and refuse all deliveries of fentanyl from China.”

It’s not the first time the president has urged the USPS to move more aggressively to slow the flow of fentanyl, a drug far more powerful than heroin, through the mail.

At the signing of an anti-smuggling bill on Jan. 10, 2018, Trump declared that “even our own postal system” had become a major source of illicit drugs entering the United States.

His administration was “committed to doing everything we can to combat this deadly scourge,” Trump said at the time.

The Postal Service said in a statement in response to Trump’s latest warning that it has been aggressively working to implement that legislation.

Sen. Rob Portman, R-Ohio, who sponsored the law, told the Washington Post he also was unhappy over the Postal Service’s response.

David A. Partenheimer, a postal spokesman, said the USPS supports the goals of the Portman law, but he acknowledged that the USPS faces a problem with the law.

Partenheimer said that the most significant hurdle the Postal Service faces is getting foreign postal administrations to provide advanced electronic data about incoming parcels.

Private delivery firms, such as UPS and FedEx, have systems in place for tracking parcels, something the USPS has been slow to install fully.

This gap in tracking reportedly has prompted drug dealers to turn to the USPS for drug deliveries in the United States.

The Treasury Department confirmed that tracking gap in a statement on two Chinese nationals it accused of smuggling fentanyl into the United States.

“The most common distribution medium is via the U.S. Postal Service,” the Treasury Department said.

The Postal Service initially opposed Portman’s law, saying it did not have the resources to screen the parcels.

But Partenheimer said the USPS is fully behind the law.

“As it has done throughout its history, the U.S. Postal Service is committed to taking all necessary actions to combat criminal use of the mail,” Partenheimer said.

He cited several steps the Postal Service is taking to comply with the Portman law.

The flap has created some negative publicity for the USPS.

The Washington Post, in the first paragraph of an Aug. 25 front-page story, said of the Postal Service’s response to the drug problem: “Chinese drug traffickers had some advice for American buyers of fentanyl: Let us ship it to you by regular mail. It might be slower than FedEx or UPS, but the opioid is much more likely to reach its destination through the U.S. Postal Service.”