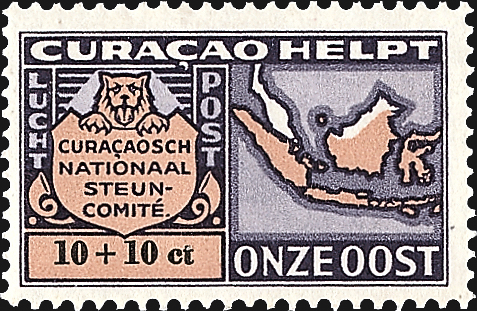 This Netherlands Antilles airmail semipostal stamp was one of a set of 16 issued in 1946. The surtax supported the National Relief Fund. 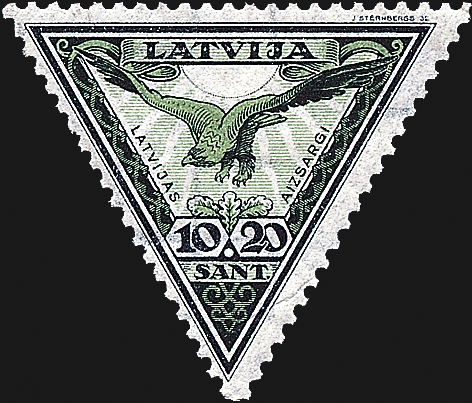 Latvia’s 1931 overprinted airmail semipostal was replaced by a triangular issue in 1932, with the surtax again raising funds for the Latvian Home Guards. 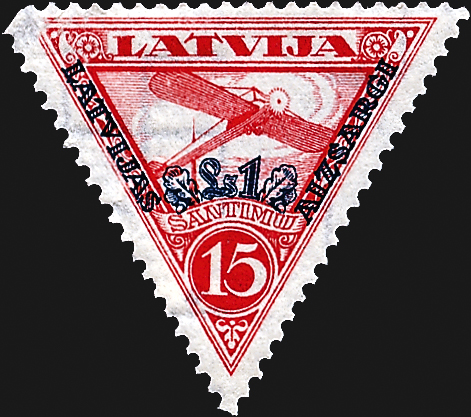 An overprint converted this Latvia 1928 Bleriot airmail stamp to an airmail semipostal in 1931, in support of the Latvian Home Guards. 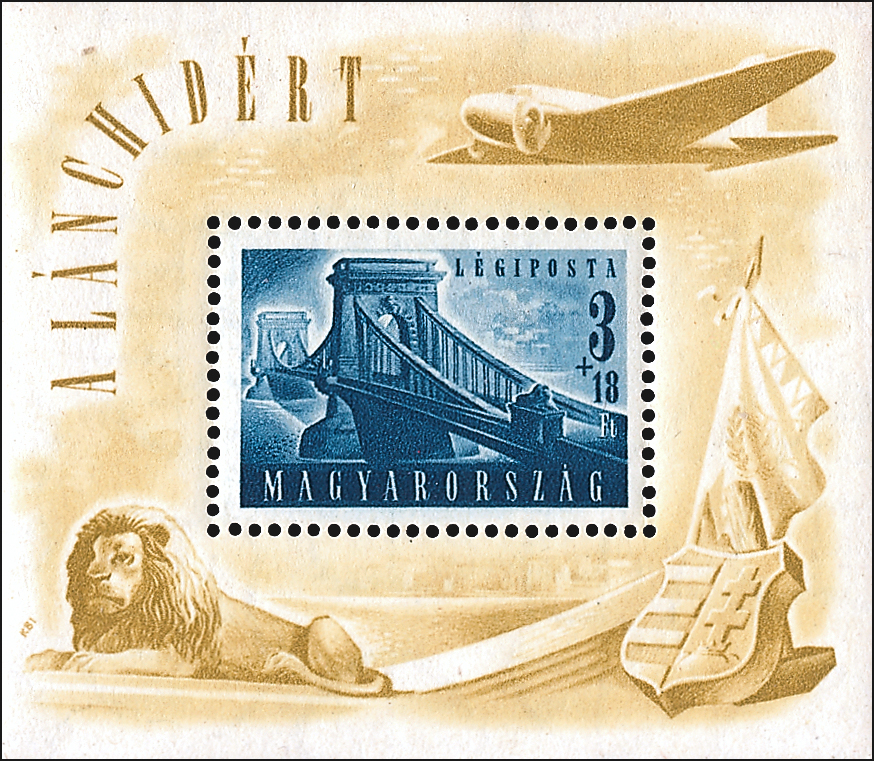 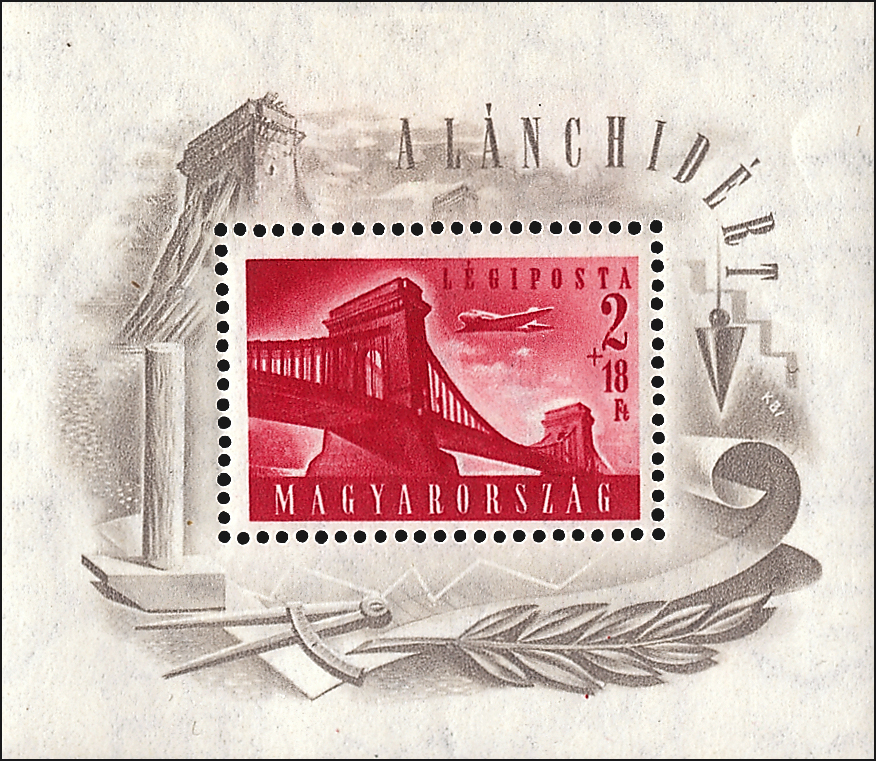 The first Hungary airmail semipostal souvenir sheet marking the centenary of the Szechenyi Chain Bridge connecting Buda and Pest was issued in May 1948. 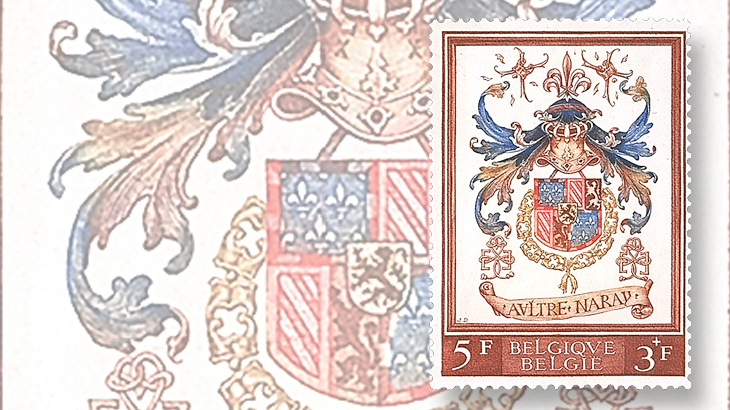 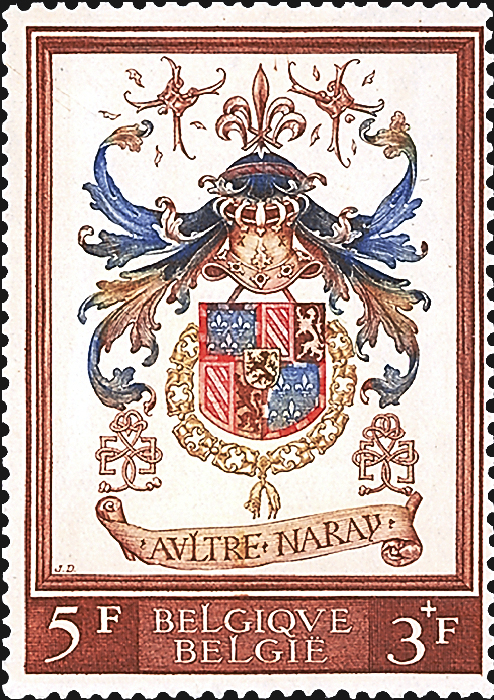 One of Belgium’s thousands of semipostal issues, this 1959 stamp showing the arms of Philip the Good benefited the Royal Library in Brussels. 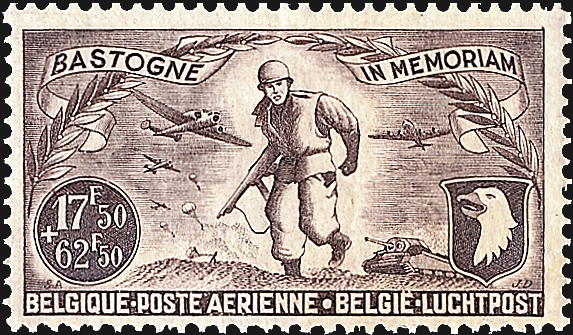 Most stamp collectors are familiar with semipostal stamps. You can find them listed in the Scott Standard Postage Stamp Catalogue after the regular postage stamps, with catalog numbers that have a “B” prefix.

Semipostals usually have two denominations, often with a plus sign between them. The first denomination represents payment of the cost of mailing a letter, and the second is a donation to a special purpose: a charity or other cause.

Since 1910, Belgium has issued well over a thousand semipostals that have benefited a number of philanthropic causes, including support of stamp shows. The beautifully engraved Philip the Good semipostal (Scott B652) was issued in 1959, and an example is shown here.

The design depicts the arms of Philip the Good, Duke of Burgundy, Count of Flanders and a progressive reformer. In the lower left, “5F” indicates that the stamp is valid for 5 francs in postage fees. The “+3F” printed in the lower right is a surtax that supported the Royal Library in Brussels.

It is interesting to read the catalog listings of semipostal stamps from Belgium and many other countries and learn about the charities and public works that were relying on stamps to raise funding.

And while you are admiring those “B”-prefix stamps in the semipostal listings, turn a few more pages, past the “C”-prefix airmail stamps, and look for a lesser-known type of semipostal stamp that paid postage for an airmail letter or package, plus gave a donation to a charitable cause.

These stamps are listed in the Scott Standard catalog with a “CB” prefix, “C” denoting airmail and “B” for the semipostal aspect of these issues. Many countries have issued airmail semipostals, but not nearly as many as the regular postage semipostals.

Some countries that supported semipostal stamps have issued only a few airmail semipostals. Belgium, for example, issued them for only four years: 1946-50.

Shown nearby is the first Belgium airmail semipostal, issued in 1946 (Scott CB1). The 62.50fr surtax was used for the purpose of erecting a monument at Bastogne in memory of American soldiers killed in World War II. The stamp depicts a United States soldier in combat and an American eagle.

In 1931, Latvia issued airmail semipostal stamps that were overprinted on triangular airmail stamps issued in 1928. The stamp shown is the 15-santims Bleriot airmail stamp overprinted to include a 1-lat surcharge that supported the Latvian Home Guards (Scott CB4).

The following year, a new triangular airmail semipostal stamp was issued with a vignette of an eagle (Scott CB6). The denomination (10s) and surtax (20s) were much easier to see on this issue than had been the case with the earlier overprinted stamp. The surtax again supported the Latvian Home Guards.

Those who love maps on stamps will be interested in airmail semipostals issued by Netherlands Antilles in 1946. There were 16 stamps in the set, with denominations from 10¢(+10¢) to 50¢(+100¢). Shown here is one of these airmail semipostals, denominated 10¢+10¢, with a map of the Netherlands Indies (Scott CB21). The surtax was in aid of the National Relief Fund.

Poland issued only one airmail semipostal (Scott CB1, 1957), in a sheet of 12 as well as an imperforate version on a single-stamp souvenir sheet.

Speed is represented by an image of a jet aircraft wing with a letter. The denomination is 4 zloty (airmail postage) + 2zl (surtax in support of the 7th National Philatelic Exhibition in Warsaw).

Hungary issued two airmail semipostal stamps in gorgeous souvenir-sheet format in 1948, the first in May and the second in October. The sheets illustrate the Szechenyi Chain Bridge that spans the Danube River and connects Buda and Pest, the western and eastern sides of Budapest.

The bridge was completed and opened in 1849, and the souvenir sheets honored the upcoming centennial of the bridge.

The stamps, Scott CB1D and CB2, are shown here. The likely beneficiary of the surtax was the bridge itself — for upkeep, repairs and the centennial celebration.

Most of the airmail semipostals mentioned in this column are inexpensive to acquire.

The two Hungary Szechenyi Chain Bridge sheets are not outrageously expensive, but they are more than a few dollars (the Scott catalog values them at $120, mint or used). These sheets also exist imperforate, and the catalog value for each is $2,500.

If you are looking for a new collecting area, have a gander at airmail semipostals. Many countries issued them, so you will find a lot of variety. Also, with some exceptions, they are not expensive, so completing a collection would be both attainable and fun.