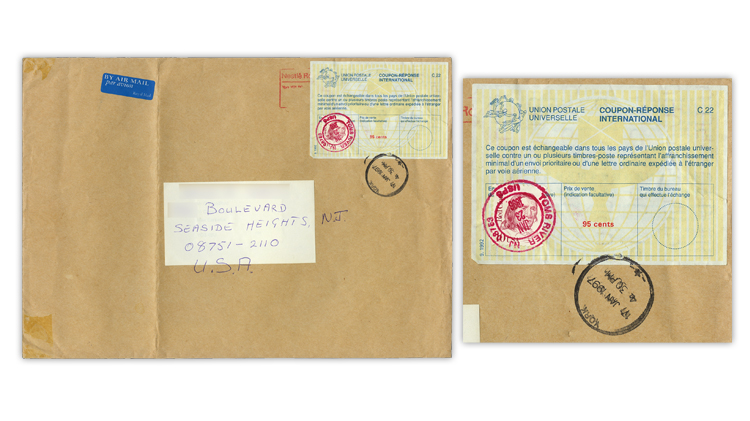 Figure 1. An International Reply Coupon was used as valid postage on this large envelope sent from York, England, to the United States Jan. 17, 1997. The IRC was sold almost a year earlier, Jan. 23, 1996, at the Toms River, N.J., post office, as indicated 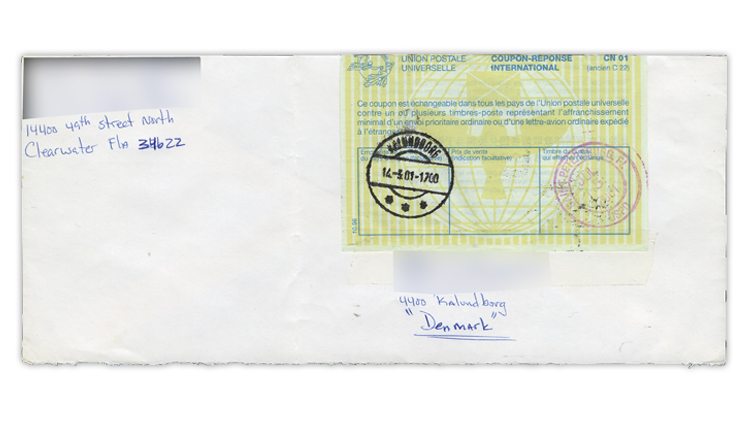 Figure 2. A correspondent in Denmark enclosed an IRC when writing to an inmate in a county jail in Florida in 2001. In replying, he taped the IRC to the envelope in place of postage stamps.
Previous
Next

The purpose of an International Reply Coupon (IRC) is for someone sending a letter to another country to provide the recipient with the means of paying for the stamps needed to send a response by return mail.

The Universal Postal Union explains on its website how these coupons are supposed to work: “When the sender writes a letter to a foreign addressee that requires a response, they can purchase an IRC and enclose it with their letter.

“The IRC will entitle the addressee to one or more return postage stamps representing the minimum postage for an unregistered priority item or airmail letter to a foreign country.”

But even something this straightforward can go off track. Two examples of that happening are shown with this column.

The large envelope shown in Figure 1, which possibly contained a periodical, was sent from York, England, and the IRC in the upper right corner is tied by a York cancel dated Jan. 17, 1997.

Was the postal clerk new or just unacquainted with the purpose of the IRC? Or perhaps the clerk didn’t read French, the language the instructions are written in on the front of IRCs. These instructions are in different languages, including English, on the back of the coupon, but, of course, they can’t be seen when it is affixed to an envelope.

Another question is why was the IRC accepted as genuine postage when the envelope arrived in the United States?

The IRC was sold Jan. 23, 1996, as indicated by the dated postmark. The postmark almost completely covers the U.S. 10¢ Red Cloud stamp (Scott 2175) affixed to the coupon.

IRCs are not normally supposed to have stamps on them. In this instance, however, the U.S. Postal Service authorized the addition of the 10¢ stamp in July 1995 as a means to revalue IRCs after the price for them was increased from 95¢ to $1.05.

The outgoing use from the United States shown in Figure 2 might be a bit easier to understand because it is from an inmate in a county jail who was not able to go to the post office. It seems a woman in Denmark wrote to him and enclosed the IRC dated March 14, 2001, so he could easily reply.

He answered her letter but taped the IRC on the envelope. The St. Petersburg, Fla., post office accepted it as a valid payment, using its round dater with a July 5, 2001, postmark.

I don’t know enough to call these two examples rare, but they are the only two uses of IRCs as postage that I have seen in more than 60 years of collecting.