U.S. Earth Day stamp will be issued April 18 without ceremony 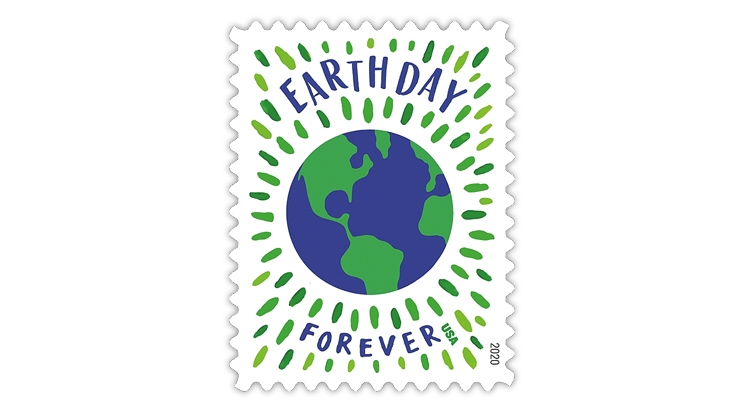 The United States Postal Service will issue a forever stamp April 18 to mark the 50th anniversary of Earth Day. 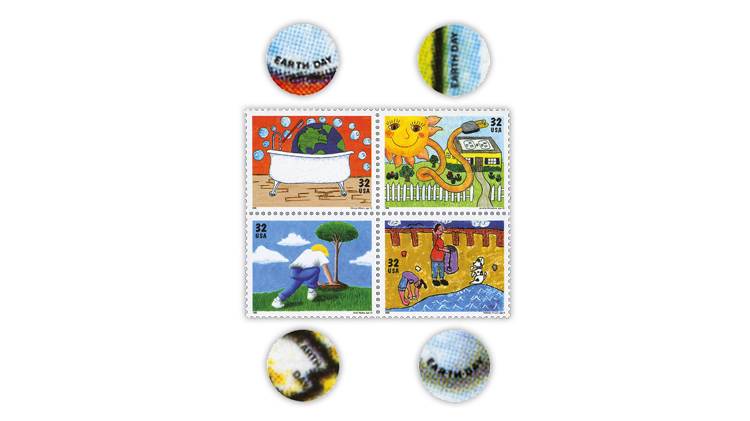 Four 32¢ stamps were issued in 1995 for the 25th anniversary of Earth Day. The designs were created by children who participated in an environmental stamp design contest sponsored by McDonald’s and the U.S. Postal Service. Each stamp has the microprinted phrase “Earth Day” within the design. 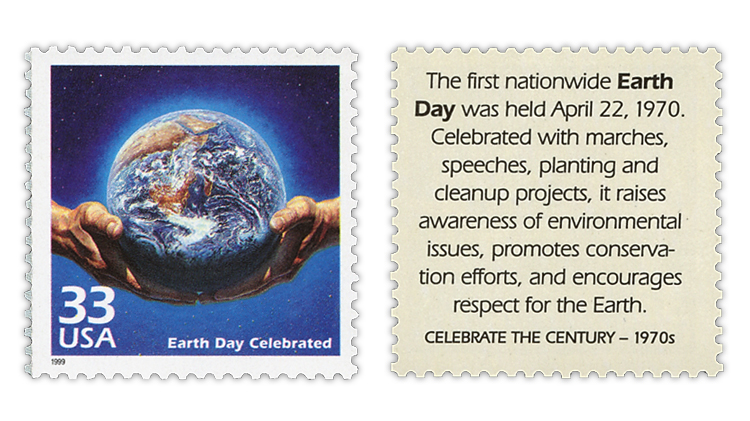 Earth Day was commemorated again in 1998 with this 33¢ Celebrate the Century stamp. The back of the stamp describes the purpose of Earth Day. 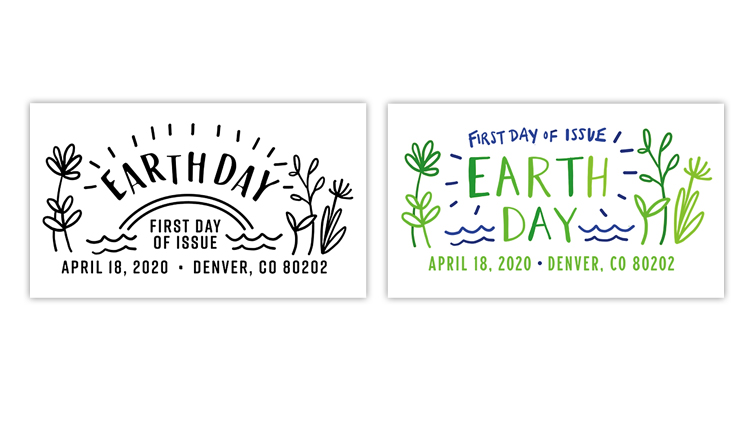 Two pictorial first-day cancels for the Earth Day stamp reflect some of the stamp’s design elements, such as the hand-lettered text.
Previous
Next

The United States Postal Service’s stamp celebration of Earth Day will be subdued, because the previously announced April 18 first-day ceremony has been canceled.

The nondenominated (55¢) forever stamp will be issued to post offices as planned, but like many recent public gatherings around the world, the ceremony in Denver, Colo., will not take place on the issue date because of the coronavirus COVID-19 outbreak.

As Linn’s reported March 23, the Postal Service has canceled first-day ceremonies through mid-May in response to the pandemic, while noting that special dedication ceremonies might take place later.

The Earth Day stamp marks the 50th anniversary of the first Earth Day, a nationwide event celebrating environmental action. The event was developed in 1970 by Sen. Gaylord Nelson of Wisconsin (1916-2005).

The offset-printed stamp will be issued in a double-sided pane of 20, which the Postal Service describes as a booklet.

The stamp shows “a playful painting of the planet, with small green lines surrounding Earth and hand-lettered text,” according to the Postal Service. It was designed by USPS art director Antonio Alcala with typography by Ricky Altizer.

Alcala’s illustration of Earth was created with gouache on watercolor paper. “EARTH DAY” is lettered above the planet in blue, and “FOREVER” appears below the globe. “USA” in green substitutes for one of the green lines to the right of the “FOREVER” inscription.

The new stamp is not the first U.S. issue to commemorate the annual Earth Day celebration.

Each stamp in the set also has microprinted text within the design spelling out the phrase “EARTH DAY.”

The stamps marked the 25th anniversary of the first Earth Day.

As part of the 1998-2000 150-stamp Celebrate the Century series, one stamp in the 1999 set featuring events of the 1970s also commemorates Earth Day. The 33¢ stamp (Scott 3189a) designed by Howard Paine features an illustration by artist Kazuhiko Sano showing Earth gently cradled in two hands.

On the reverse of the stamp is descriptive text about Earth Day.

According to the Earth Day Network, the mission of the annual event is to diversify, educate and activate the environmental movement worldwide.

“Growing out of the first Earth Day in 1970, Earth Day Network is the world’s largest recruiter to the environmental movement, working with more than 75,000 partners in over 190 countries to drive positive action for our planet.”

Increases in environmental pollution in the 1960s and the publication in 1962 of Rachel Carson’s widely read Silent Spring, which described how pesticides adversely affect humans and wildlife, led to a growing ecology movement and the first Earth Day in the United States.

“On April 22, 1970, 20 million Americans — 10 percent of the U.S. population at the time — took to the streets, college campuses and hundreds of cities to protest environmental ignorance and demand a new way forward for our planet,” according to the Earth Day Network.

In the aftermath of the first event, the U.S. Post Office Department issued four 6¢ stamps in the Anti-Pollution issue (Scott 1410-1413). The United States Environmental Protection Agency was established Dec. 2, 1970, and the Clean Air Act was passed by Congress before the year ended.

As it does every year, Earth Day falls on April 22, which in 2020 is four days after the new stamp will be issued.

Community cleanup and awareness events are scheduled to take place in cities and towns around the world, including rallies and presentations, teach-ins and more.

Pictorial first-day cancels celebrating the new Earth Day forever stamp feature lettering similar to that on the stamp, along with bordering elements such as growing plants and flowers, and flowing waters.