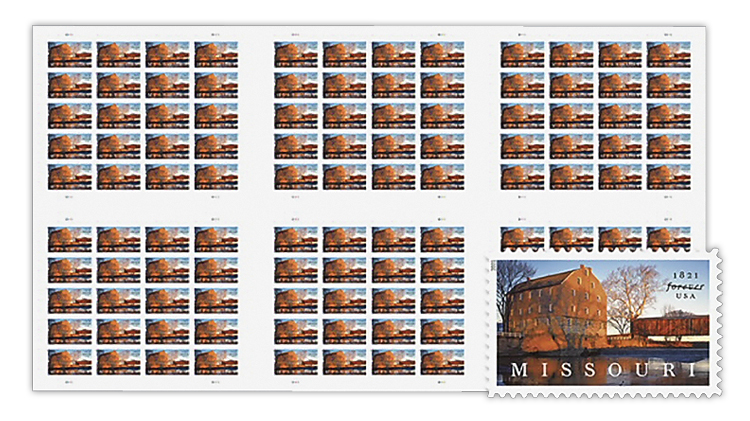 For collectors who have had problems obtaining some of the recent no-die-cut press sheets that the United States Postal Service started selling again in 2021, there is a ray of hope.

In mid-August, Linn’s editors noticed that the no-die-cut press sheet of the Missouri Statehood commemorative forever stamp issued Aug. 10 was available for purchase on the USPS website. This was a significant development largely because these press sheets didn’t sell out on the first day, which had been the norm until August.

“In response to customer demand, we have increased the quantity of no-die cut press sheets,” USPS spokeswoman Sara Martin said, “Because stamps are printed well in advance of the first-day-of-issue, our ability to respond to the increased demand experienced some lag.

“Starting with the Mid-Atlantic Lighthouses stamps, customers should find it easier to acquire the stamp product they are seeking. We will continue to monitor sales activities and reassess as needed. Both types of press sheets are and always have been limited quantity items, but we want the majority of collectors to be able to purchase the items they desire.”

I applaud the Postal Service’s efforts to increase the print quantities to make these press sheets more available. It does seem though that the quantities produced for the Mid-Atlantic Lighthouses and the Backyard Games stamps, both se-tenant multistamp issues, were not enough for the demand. Both of those press sheets never made it to the website for sale and likely sold out quickly.

But at least there is hope for future stamp issues and that USPS Stamp Services officials are listening to feedback from the collector community.