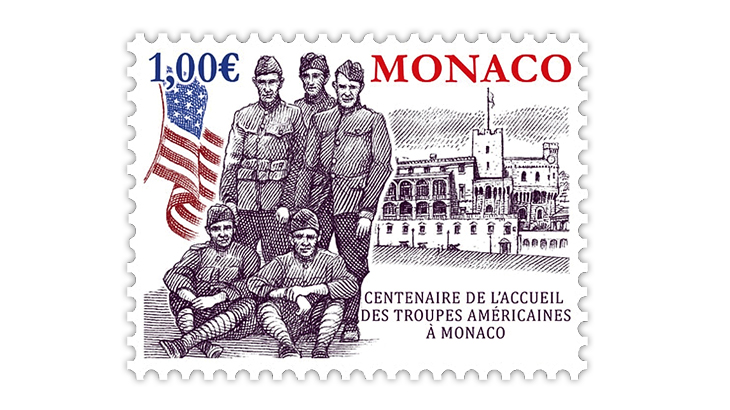 Monaco will issue a commemorative stamp March 15 to mark the 100th anniversary of the convalescing of United States troops in Monaco.

The €1 stamp depicts the American flag, five soldiers and the Prince’s Palace of Monaco.

The stamp is scheduled to be issued March 15.

In announcing the stamp, Monaco’s Office des Timbres (stamp office) said: “After the end of the First World War, Monaco welcomed a number of convalescent American soldiers. Between January and May 1919, these men were accommodated at the Riviera Palace in Beausoleil.”

Yves Beaujard designed and engraved the stamp. It was printed in three colors (black, with red and blue for the flag, denomination and country name) in panes of 10. The quantity printed was 45,000 stamps.