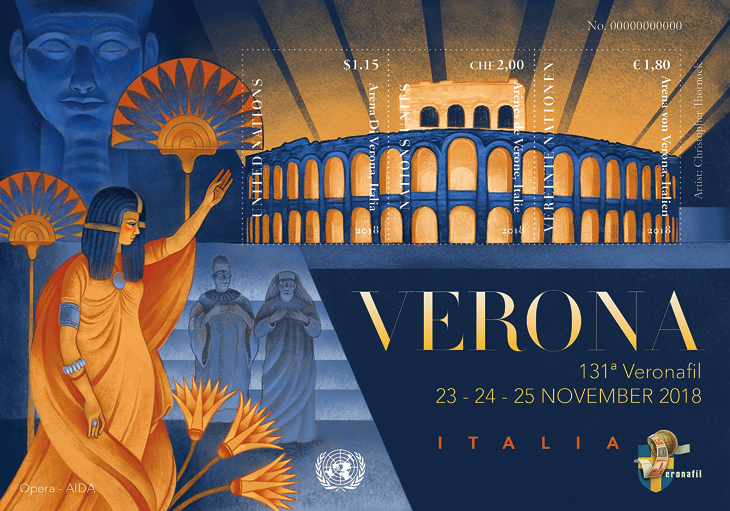 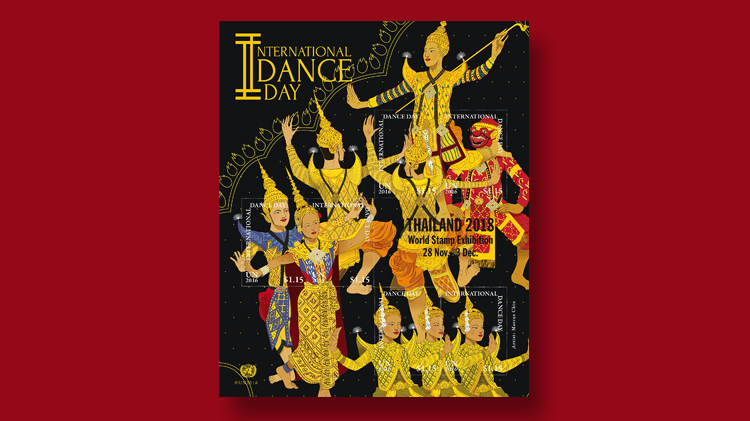 The UNPA is issuing the sheet on the first day of the event.

The sheet includes three se-tenant stamps in three denominations: $1.15 for use from the U.N. post office at U.N. headquarters in New York City; 2fr for the Palais des Nations in Geneva, Switzerland; and €1.80 for the Vienna International Center in Vienna, Austria.

The stamps feature a continuous design of Verona Arena, a Roman amphitheater built in the first century. Originally hosting gladiator games, the arena is now famous for its annual summer open-air opera festival.

Scenes shown in the selvage of the souvenir sheet are from Giuseppe Verdi’s Aida, a four-act opera set in ancient Egypt.

A performance of Aida launched the first opera festival at the arena in 1913. Since then, it has been performed there more than 670 times, according to the Fondazione Arena di Verona.

The selvage also includes U.N. and Veronafil logos, as well as inscriptions giving the date of the stamp show and the names of the opera and the designer of the souvenir sheet.

The UNPA reports that France’s La Poste printed the souvenir sheet in a quantity of 18,000.

The overprint, which is in the selvage on the right side of the sheet, includes the name and dates of the exhibition.

The overprinted souvenir sheet will be issued Nov. 28, the first day of Thailand 2018.