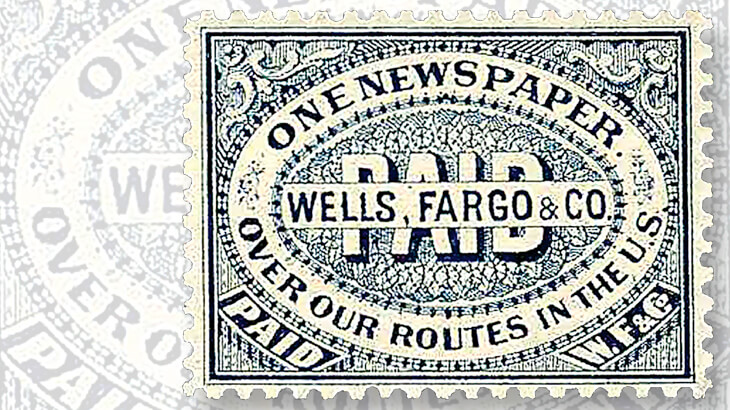 The Wells Fargo and Co. 1883-88 blue U.S. Routes newspaper stamp (Scott 143LP9) is a good buy at the 2017 Scott Specialized Catalogue of United States Stamps and Covers values of $3.50 in unused condition and $5 in used condition.

Wells Fargo and Co. was founded March 18, 1852, in New York City. In July of that year, it opened offices in California. Headquartered in San Francisco and acquiring and absorbing other companies, it quickly became the dominant express company in the western United States. Eventually banking became its most important service, and today it is the world’s second largest bank by market capitalization and the third largest bank in the United States by asset value.

Wells Fargo and Co. began issuing stamps for prepayment of express delivery charges in 1861. The company’s Pony Express stamps are among the most famous and eye-catching U.S. local post stamps.