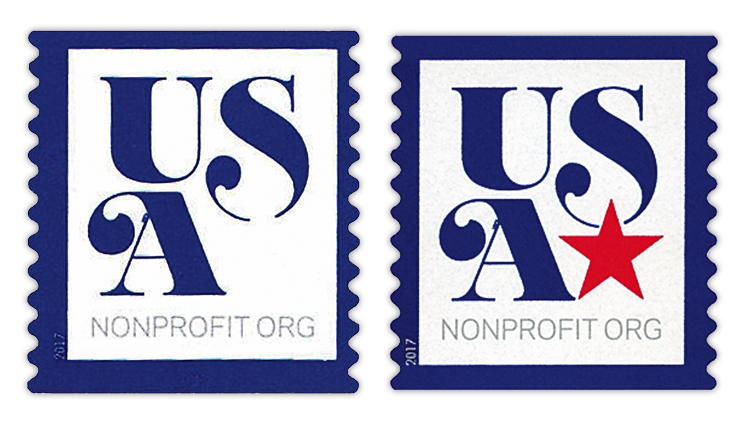 Figure 1. A newly discovered error, the 2017 USA Star (5¢) nonprofit mail coil stamp on the left is missing the red star that is a prominent part of the normal stamp shown at right. 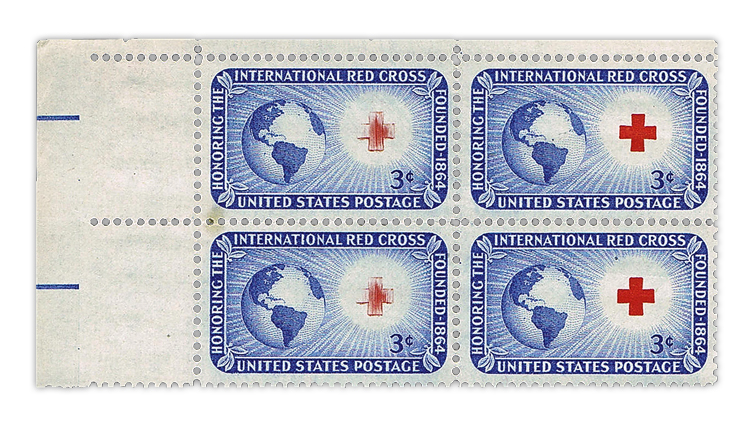 Figure 2. On this block of four 1952 Red Cross 3¢ commemorative stamps, the crosses on the two stamps on the left reflect poor inking of the red plate from which they were printed.
Previous
Next

Somewhere out there among the millions of used blue-bordered USA Star nondenominated stamps (Scott 5172), there are probably more of the errors without the red star, as shown in Figure 1. But so far, only three examples have been reported.

Figure 1 also depicts a normal example of this coil stamp for comparison. The stamp was issued Feb. 10, 2017, for use on bulk mailings by authorized nonprofit organizations. It is inscribed “Nonprofit Org.”

Two of the examples of this missing-star error were discovered by David Keeler in early 2018. I own the third example. All three have certificates of authenticity from the American Philatelic Expertizing Service (APEX) stating that they are genuine.

Red is a color that can sometimes be altered, but as I have written about in earlier columns in this series on expertizing, removing this much red without altering the white background of a stamp, such as Scott 5172, would be impossible.

In the error examples, the other two colors of the stamp (blue and gray) are completely normal, and the white matches up with normal examples.

The stamp was issued untagged, so there is no tagging to be disturbed; another tell for alterations.

How many of these errors might have been created? It is hard to say. There are several possible reasons why the red ink did not print on this stamp, but the most likely is that the press ran out of ink.

Presumably the inking process could be so poor as to leave none of the color at all. If that were the cause of the USA Star nonprofit stamp error, it is likely that very few would have been created.

But with a dry inkwell, production would continue until a sensor went off or a pressman or quality control person noticed the problem. All of a coil roll of 10,000 could have gotten out, or more likely, only part of a roll.

If multiple rolls were involved, and that seems likely given the production methods with 20 or more subjects across a web, a large number of missing-red examples might have been produced. But then, most may have been caught by quality control.

The stamp shown here is a used example found on a bit of envelope paper. This means that the user didn’t recognize the stamp (or perhaps stamps) as being errors. That lessens the chance of survivors, as the vast majority of used stamps find their way to trash cans.

One of Keeler’s examples is also on piece; the other one is used.

It will be interesting to see if this report inspires readers to watch for and find matching examples. If so, Linn’s would like to hear from you.

[Editor’s note: the red-omitted error is listed for the first time in the just-released Vol. 1A of the Scott Standard Postage Stamp Catalogue as 5172a.]

Be aware of fakes before buying this Franklin stamp