USPS ordered to pay artist for use of memorial image 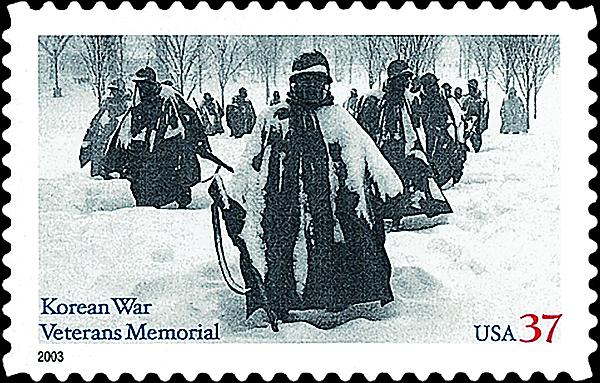 A federal court has told the United States Postal Service it owes Vermont sculptor Frank Gaylord $684,844.94 for the unauthorized use of his Korean War Veterans Memorial on a 2003 stamp.

The decision was issued Sept. 20 by the U.S. Court of Federal Claims in Washington.

It was yet another victory for Barre, Vt., sculptor Frank Gaylord, who has been fighting the Postal Service over the stamp since 2006.

The 88-year-old artist challenged the Postal Service use of his art on the stamp, saying he had copyrighted its design and, unlike most public art in the nation’s capital, could therefore control its reproduction.

The Postal Service argued that it had made “fair use” of his sculpture of soldiers fighting in the war, located on the National Mall. An appeals court, however, held that the use of Gaylord’s art on the stamp did not fall within the fair use doctrine.

It said the stamp infringed on Gaylord’s copyright in three ways: on stamps used to send mail, on unused stamps saved by collectors, and on retail items featuring the stamps’ images.

It directed the Court of Federal Claims to add up the amount due Gaylord.

Judge Thomas C. Wheeler noted in his opinion that Gaylord did not seek any funds for use of the stamp to send letters.

But he did argue for damages for stamps saved by collectors, which the judge noted “represent nearly pure profit” to the federal agency.

Noting that USPS figured that “at least 14.5 million of the stamps would be saved by collectors,” the judge calculated USPS made $5.4 million from their sales and $330.919.49 from sales of retail goods that used the stamp design.

It found the 10 percent royalty that Gaylord typically charged firms which used his design was “the fair market value of a license to Mr. Gaylord’s work.”

In addition, there was an agreement to add 19.5 percent to any damages awarded because of a delay in paying the artist. That brought the total to $684,844.94, the judge said.

Heidi Harvey, a lawyer who represented Gaylord, told the Burlington Free Press that “We feel the Postal Service should have been, through this entire dispute, willing and able to share a small percentage of those sales with Mr. Gaylord.”

The Postal Service and Department of Justice are considering whether to appeal the decision.