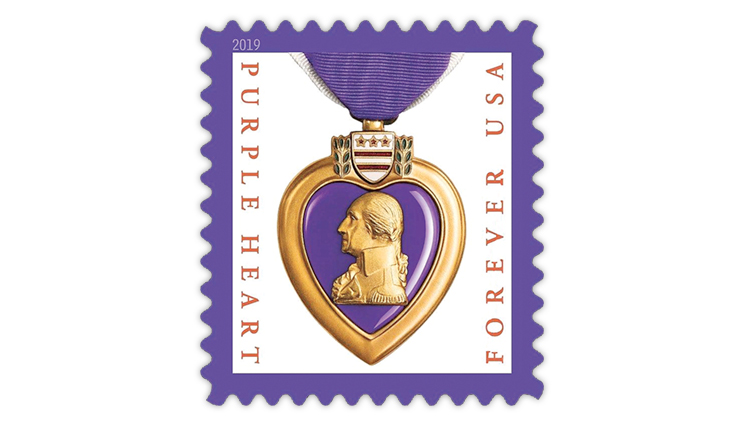 On July 30 the United States Postal Service revealed the design of a new Purple Heart stamp that is scheduled to be issued later in 2019. 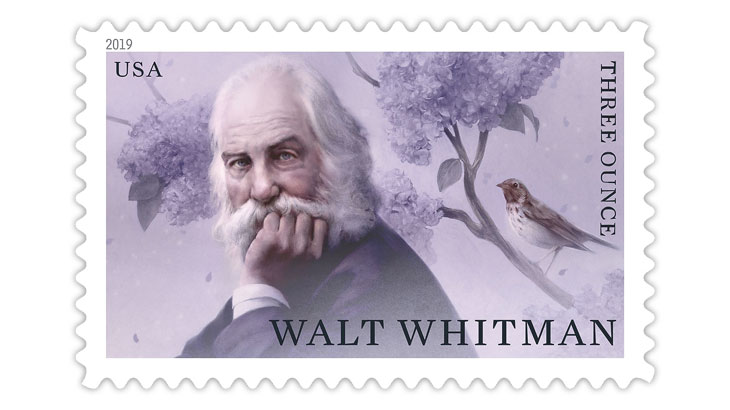 The U.S. Postal Service announced July 30 that the Walt Whitman commemorative stamp will be issued Sept. 12 in Huntington Station, N.Y. 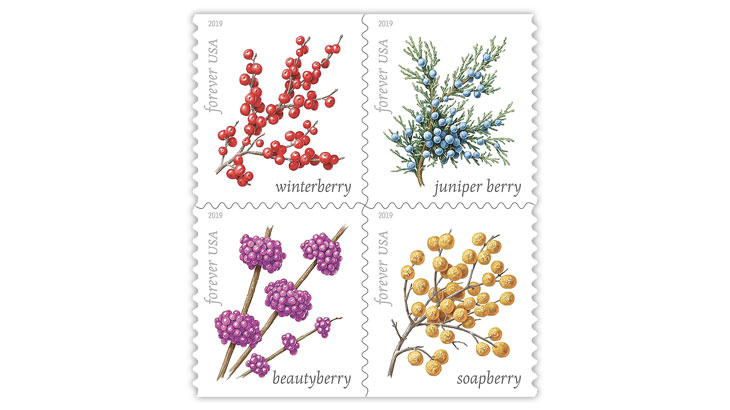 On Sept. 17, the four Winter Berries definitive forever stamps will be officially issued in Tulsa, Okla.
Previous
Next

The United States Postal Service has revealed the design of a new nondenominated (55¢) Purple Heart definitive (regular-issue) forever stamp it plans to issue later this year.

“More details about this stamp will be announced on a future date,” the Postal Service announced in a July 30 press release.

The vignette (central image) of the stamp features a Purple Heart medal, which is awarded to members of the U.S. armed forces who are wounded or killed during combat operations with an enemy force.

A purple border surrounds the stamp, and the words “Purple Heart” and “Forever USA” are printed along the left and right sides, respectively.

In overall appearance, the design is similar to the 2012 nondenominated (45¢) Purple Heart forever stamp (Scott 4704), which lacks a purple border and shows the medal at a slightly smaller size.

In other 2019 U.S. stamp program news, issue dates and locations were announced for two upcoming stamps.

Huntington Station, N.Y., will host the Sept. 12 first-day ceremony for the nondenominated (85¢) Walt Whitman commemorative stamp that will satisfy the rate for a 3-ounce domestic letter.