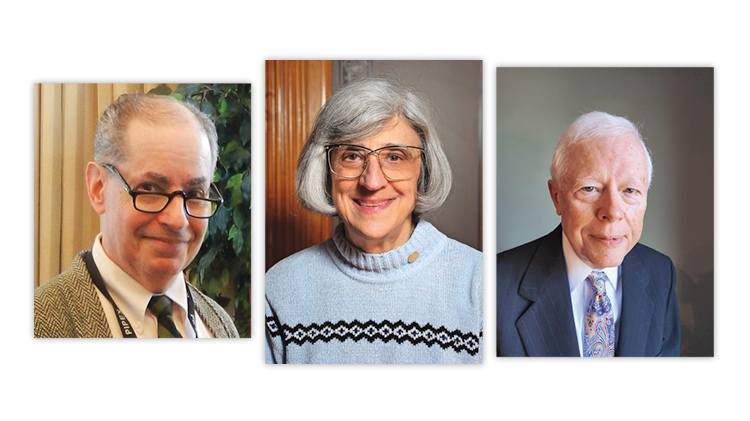 Hal Vogel, Jacquelyn S. Alton and Kenneth R. Nilsestuen have been selected to receive the Luff award, the most prestigious recognition bestowed by the American Philatelic Society on a living philatelist.

All three awards will be presented during a ceremony on Aug. 27 at Great American Stamp Show in Sacramento, Calif. The annual show is co-sponsored by the APS, American Topical Association and American First Day Cover Society.

During the past 50 years, Vogel has authored more than 250 polar history, aerophilatelic, military postal history and polar philatelic articles. Besides the United States, his research has appeared in philatelic journals in Norway, Great Britain, Germany, France, Australia and New Zealand.

Among the U.S. philatelic journals that have published his work are those of the American Society of Polar Philatelists, Universal Ship Cancellation Society, Military Postal History Society, American Air Mail Society, and Alaska Collectors Club.

His popular long-running philatelic research column in Ice Cap News, the journal of the American Society of Polar Philatelists, has appeared in every issue for more than 45 years.

Vogel’s body of work primarily represents the core of what is known today about the pioneer period (from the dawn of polar history to 1954) of polar philatelic material. However, he also has added greatly to what is known about selected areas of modern (post-1954) polar philately.

Vogel has been a nationally accredited philatelic and literature judge since 1978. His polar, military and aerophilatelic exhibits have won numerous awards, including the first grand award ever presented to a polar exhibit in a major competition.

Vogel is a retired U.S. Army special operations and intelligence officer who also is a professor emeritus and former department chair at Rowan University in New Jersey.

Alton has been involved with philately since 1968 when she joined her first stamp club, the North Shore Philatelic Society in Chicago. Through this club, she became involved with the Combined Philatelic Exhibition of Chicagoland (Compex).

She became secretary for the 1969 Compex exhibition and has been involved with Compex ever since as an officer and/or director in many positions, including president and vice president of publicity and exhibitions.

Alton has been a member of the APS since 1969 and received her 50-year medal in 2019 at Stampshow in Omaha, Neb. Another 50-year society for her is the Germany Philatelic Society, which she joined in 1971.

Alton has been a member of the Chicago Philatelic Society since 1976, when women were first admitted. She served as president and show chair of the society from 1984 to 1989. During her tenure, she was involved with the society’s first sponsorships of junior exhibits.

Alton is an honorary life member of the Chicago Philatelic Society and was a member of the society’s board of directors for several years.

She has been an officer of and organized various functions for several shows, including Chicagopex, the 1986 Ameripex international exhibition and the 1992 World Columbian Stamp Expo, for which she served as vice president.

Nilsestuen has been a member of the APS and American Philatelic Research Library finance committee for about 10 years and served as APS or APRL treasurer for most of that time.

He worked in tandem with current APS treasurer Bruce Marsden, APS executive director Scott English and many others to improve board reporting and retire the library’s debt, a goal that was achieved in 2021.

Nilsestuen has been an exhibitor since 1980. His exhibits of Algeria, French Congo, and the U.S. Minnesota Territorial Centennial stamp have consistently won gold medals, including a grand award for his Algerian postal history exhibit.

He has also supported the hobby as an officer or director of many philatelic organizations, including the Twin Cities Philatelic Society, Collectors Club of Akron, Garfield-Perry Stamp Club, American Association of Philatelic Exhibitors, France and Colonies Philatelic Society and Institute for Analytical Philately.

Nilsestuen has shared his knowledge with others by writing for the American Philatelist, the Congress Book, France and Colonies Philatelist and several other publications.

The Luff award was established in memory of John N. Luff, APS president from 1907 to 1909, who was considered the most prominent American philatelist of his era.

Recipients sign the Luff award scroll and are presented with engraved rings. The 2022 Luff award winners will join a distinguished group of 151 prominent philatelists. The Luff award is the most prestigious recognition presented by the APS to a living philatelist.