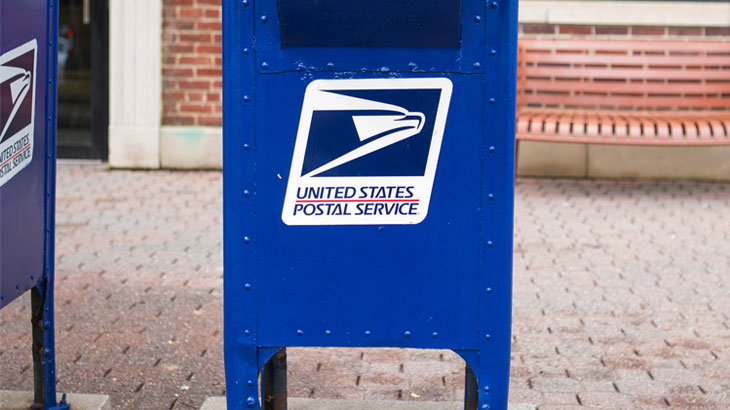 Few former postal officials have as much experience as former executive Stephen M. Kearney. From running the United States stamp program to managing pricing and mail clarification programs, Kearney has done it all at USPS headquarters.

So when Kearney speaks about the current state of the Postal Service’s finances, his words are well worth considering.

Now executive director of the Alliance of Nonprofit Mailers, Kearney laid out his worries about the Postal Service’s precarious financial future in the nonprofit organization’s June 5 newsletter. “Why are USPS Costs Outpacing its Revenues?” he asked.

“The main financial problem for the Postal Service is that its costs are increasing faster than its revenues,” Kearney wrote.

Citing a 6 percent increase in operating costs through April, he noted that postal revenues have risen 1.7 percent in the same period.

“Allowed to continue that is a formula for disaster,” Kearney said.

He focused on four causes of the shortfall: increasing numbers of delivery points, employee numbers, transportation costs and worker compensation.

While postal officials have repeatedly complained to Congress about the agency’s financial problems, these four areas are not frequently blamed for the agency’s growing surge of red ink.

The growing number of delivery points has been mentioned in congressional testimony.

But Kearney puts that in context, saying that the increase in delivery points has accounted for only a 0.1 percent increase in postal costs in recent years. He noted, however, that those costs are up 6 percent this year.

Turning to the number of postal workers, Kearney stated the obvious, “Normally a declining business would be reducing its employees to both save cost and reflect the new reality.”

That’s not the case with the USPS, which has been expanding its workforce despite declining letter volume.

What should be troublesome is that the “more expensive career” workers are growing faster than “lower cost non-career” whose numbers declined by 1.3 percent, Kearney said.

That may be a product of labor agreements that allow temporary workers to convert to career status with full pensions and lifetime health benefits, he said.

Transportation costs are another troublesome area, according to Kearney. They have risen by 6.5 percent through April while overall mail volume has continued to drop, he said.

A report by the Postal Service’s inspector general suggests that “there are huge opportunities to reduce” these costs.

“Any successful business would be all over this opportunity before attempting actions that would endanger its future business, such as above-industry price increases,” Kearney said.

Postal worker pay has grown by 7.2 percent through April, a product of the collective bargaining agreements with postal unions.

“Terms such as guaranteed raises plus cost of living allowances, covering 65 to 75 percent of health insurance premiums and a pension plan appear to be much more generous than the average American receives,” Kearney wrote.

Moreover, he said that having multi-year agreements with such benefits with its workers despite USPS projections that it will run out of cash “is a head-scratcher.”

Former Rep. Darrell Issa, R-Calif., tried to get postal officials to pay more attention to the costs of its labor agreements when he ran the House Oversight Committee from 2011 to 2015 but the panel showed little interest in the subject.

Kearney says his conclusion is that “a sustainable, successful business would not” do the following:

“Repeatedly denigrate” delivery point growth because it “really adds a small fraction of cost and could drive more revenue.”

• “Keep adding to staff when its volume is falling and revenue is flat.”

• Allow transportation cost to grow faster than revenue and be unable to account for 39 percent of the growth.

• “Agree to extremely generous three-year labor contracts while warning that it will run out of cash in 5 years or less.”

Postmaster General Megan Brennan has promised to give Congress a new business plan that “addresses a $125 billion gap.”

When she asked a House committee to give the agency “core provision” of a relief bill that would help resolve the agency’s financial problems, Rep. Mark Meadows, R-NC, said no to her suggestion.

“We are not going to do a part-time bailout,” he said.

Kearney did find a glimmer of hope in a recent financial report that the agency filed with the Postal Regulatory Commission.

The report did note a decline in cash the agency has on hand, but it also noted that the agency’s liquidity had improved.

That report showed the agency’s borrowing with the federal government had dropped to $11 billion from $15 billion a year earlier.

But Kearney said a key question the USPS needs to ponder is whether the Trump administration will continue to allow the agency to borrow funds at low rates from the Treasury.