Organizing and mounting your collection: beyond printed album page 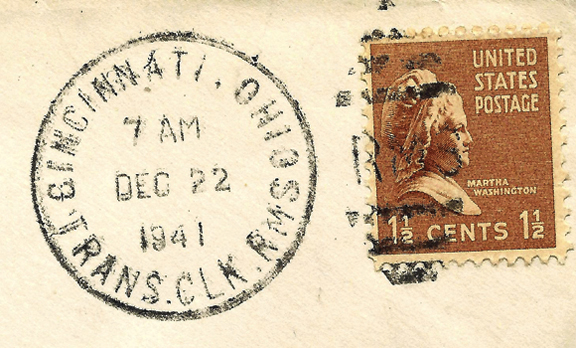 Figure 3. This cinderella stamp is an advertising label for Player's Navy Cut cigarettes. Click on image to enlarge. 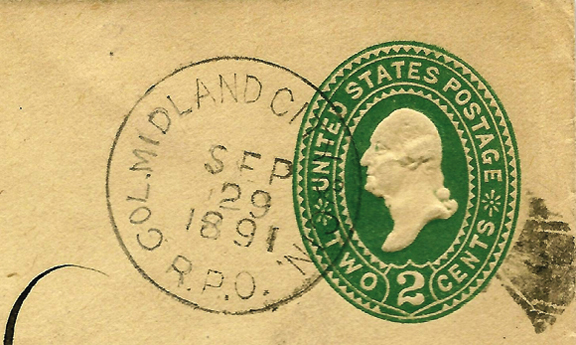 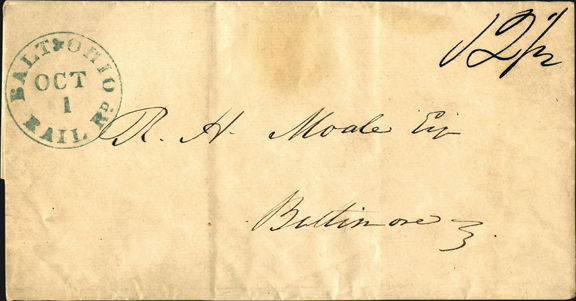 Figure 1. This United States 3¢ ultramarine Locomotive stamp (Scott 114) from the 1869 series was a childhood acquisition of the author. Click on image to enlarge
Previous
Next

Most stamp collectors use printed stamp albums to house their collections.

I use a combination of printed stamp albums, self-made pages, albums for special collections, stock books and cover albums. This might sound somewhat jumbled, but it suits me just fine.

I have described how to make your own album pages and have extolled the virtues of using stock books for collecting, but I have never said much about using stamp albums for a stamp collection. Let's face it, most of us began our collections by putting stamps into albums, and most collectors continue doing that as long as they collect.

Picking an album to use is not a simple process. A beginner collector who wants to collect the entire world, with album spaces for each stamp, from 1840 (when Great Britain issued the first postage stamp) to the present is faced with a major purchase of the Scott International binders and pages or some equivalent set of country albums.

Further expense will be required every year to buy the supplements and then incorporate them into all of the albums. For some, the expense in time and money might not be a problem. For most of us, it would be.

Better options exist for beginners who have limited budgetary resources. The first is to buy albums by region.

Someone who wants to concentrate first on the United States can do so by acquiring album pages and binders for everything that can be collected or for just those areas of U.S. stamps that hold interest for them, such as the regular (definitive) issues, the commemoratives, the airmails or plate number coils.

Various publishers offer a wide variety of general and speciality albums for foreign countries. Pick your country, select the pages you want by date of stamp issue, and then order a binder to fit them.

U.S. collectors might also want to check out an album produced by Mystic Stamp Co. The three-volume American Heirloom Collection of United States Stamps album is perfect for a family project.

The pages have spaces for stamps, and the facing pages contain short background stories about the stamps.

Some collectors save money by buying used stamp albums that are still in good condition. They certainly can be found, sometimes partially filled with stamps.

If you go that route, be certain that the album you buy shows no evidence of insect infestation, mold or mildew. Look for irregular holes in the paper, black or rusty colored specks or a stale or musty smell.

All of these are telltale signs that the album is not in good condition.

Once you have an album you will need to decide whether to use mounts, hinges or a combination of both.

Stamp mounts are more expensive than hinges and add additional bulk to an album.

Other collectors use mounts for all stamps, whether mint or used, and some collectors prefer using hinges on all stamps. It is a matter of personal preference, but remember that catalogs value mint, never-hinged stamps and unused, hinged stamps differently.

Also remember that stamp hinges are not as peelable as they were 20 years ago. Remove hinges with caution.

Most collectors would agree that the fun part of stamp collecting is finding new stamps for a collection and putting them in the album. You can fill a lot of spaces quickly by buying collections or single-country packets of stamps that are all different.

Once you have bought packets a few times, you will notice you are still missing stamps in many sets. They may not necessarily be expensive stamps. Not all hard-to-find stamps are expensive, but some require special effort to acquire. This can include ordering them by Scott catalog number from a dealer, finding them at a stamp show, bidding on them in an online, mail or public auction or ordering them from the American Philatelic Society StampStore web site or other web sites.

When I was a child, I used an H.E. Harris worldwide album that was designed for beginner collectors. The first page of the album showed many 19th-century U.S. stamps, none of which I was able to find in packets, mixtures or family correspondence.

I really wanted at least one stamp on that first page, so I persuaded my mother to take me on the bus to a stamp dealer downtown where I purchased the 3¢ ultramarine Locomotive stamp (Scott 114) of the 1869 Pictorial set, shown in Figure 1.

The stamp is still my favorite U.S. stamp, and I still have it after all of these years and countless comings and goings of various collections. I remember how proud I was to hinge that stamp into its proper place in that first stamp album.

A few years ago I was thumbing through a friend's stamp album when my eyes landed upon a set of stamps I had never owned. They were 1926 Greek airmail stamps commemorating the Italy-Greece-Turkey-Rhodes service.

The stamps were printed by lithography, but they look like watercolor paintings. They took my breath away.

When I got home, I pulled out my stamp album, turned to the airmail section for Greece, and there were four empty spaces where these stamps should be. I checked eBay to see if any were for sale, but I didn't have any luck.

Thousands of new offerings are added to the various online sites every day, so if I was patient I am sure I could have found a set to bid on in just a few days.

But I couldn't wait to own these stamps, so I logged onto the APS StampStore, clicked a couple of buttons and two or three days later I was happily hinging this first Greek airmail set into my album.

I frequently find myself pulling out the album and looking at the stamps. They are not particularly valuable (theScott Standard Postage Stamp Catalogue values the used set at $19 and the unused, hinged set at $20.20), but they are aesthetically pleasing and that is the reason I added them to my collection.

There is one major downfall to using printed stamp album pages instead of self-made pages or stock books to house a collection. Every collector will invariably accumulate stamps or stamplike items for which there are no spaces on a printed album page.

One of my favorite such items is the dark blue Players Navy Cut cigarette advertising stamp shown in Figure 3. It is a label.

The beautifully engraved design shows a bearded salt gazing manfully into the distance, flanked by a sailing ship on his left and a dreadnought on his right. The sailor vignette is framed by an old-fashioned doughnut-shaped life preserver.

The label was created around the turn of the 20th century by John Player & Sons, Ltd. of Nottingham, England, to advertise a brand of cigarettes it produced.

"Navy Cut" in the brand name refers to the way that 19th-century British tars would wind rolls of twine around tobacco leaves and allow them to cure under pressure, before slicing off the end and shredding the tobacco.

I guarantee you that you will not find a space for this wonderful stamp on any preprinted album page.

This is not really a problem, because most album manufacturers also make blank pages that match their printed album pages.

This allows collectors to mount whatever they want on the pages, write up the material presented there in their own way and insert the pages in the appropriate places within the binder.

You get the best of both worlds by doing this: a printed album that helps you organize and attractively display a stamp collection, and blank pages that give you the ability to personalize a collection with the addition of stamps, covers, labels, postal documents and other items of interest.

Thumbing through a well-organized album full of stamps is one of the most satisfying aspects of having a stamp collection. It is akin to visiting old friends.

Pleasant memories are attached to some of the stamps. They serve as reminders of a great stamp show you might have attended where you bought that Zanzibar set or the time you swapped a duplicate you did not need for the Hungarian airmail stamp you coveted.

You don't have to let your collecting be dictated or controlled by what is listed in the catalog or depicted on a printed album page.

Enjoy stamp collecting in whatever ways please you the most.