Collectors choose from a variety of formats 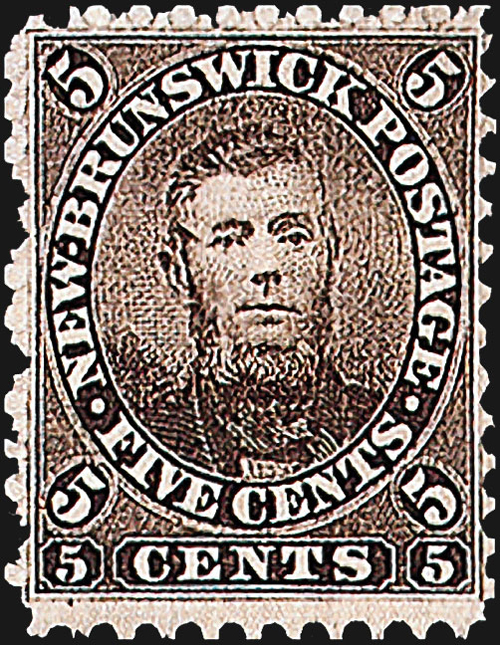 Figure 4. Booklet panes are also found in various formats. The self-adhesive Tropical Flowers pane at left is only sold as an entire unit. The 1995 Locomotives booklet, the example shown at right, included four panes of five stamps. Click on image to enla

Stamp collectors face a number of decisions related to how to collect. Last week in Refresher Course we looked at the many different formats of U.S. self-adhesive stamps, including various booklets and coils.

The individual who decides to collect new U.S. stamps has to look at a lot of different possibilities.

U.S. stamps in general are issued in many different formats. Collectors of new issues are faced with deciding whether they want to collect single stamps, multiples or some combination of the two.

For many collectors, saving one example of each new stamp, such as the single 33¢ Irish Immigration stamp shown at the top of Figure 1, is enough to build a collection.

After all, assembling just one of each 1998 U.S. stamp cost collectors more than $65. When you add in the cost of album pages, stock books and other supplies, you're making quite an investment into a hobby.

Of course, there is no rule that says you have to buy every stamp that comes out. A collection can take on any form that you choose.

Some collectors decide to save only commemorative stamps (the Irish Immigration issue, for example). Commemoratives are usually larger, colorful stamps honoring a specific event or individual. In most cases, these stamps are printed in a single press run and are sold by the U.S. Postal Service for only a year or two.

Definitive stamps, on the other hand, are issued in huge quantities. They are regularly sent back to press for repeated printings, and they are often on sale for lengthy periods.

The 32¢ Flag Over Porch stamp is just one example of a definitive stamp.

Some collectors choose to save multiples of new-issue stamps. One kind of multiple is represented by the block of four 33¢ Irish Immigration stamps shown at the bottom of Figure 1.

A block of stamps is any attached multiple that includes at least two rows of two stamps each.

For instance, you can have a block of 12 stamps that consists of three rows of four stamps each.

The block shown in Figure 1 is specifically called a plate block. Attached along two edges of the block of four stamps is margin paper called "selvage." On one part of the selvage is the plate number: a letter "P" followed by four "1s", in this case.

Plate blocks often consist of four stamps, as in the Figure 2 example, but sometimes they contain more stamps, especially in issues that have multiple designs.

The exact configuration of the plate block for each issue is described in the Scott Specialized Catalogue of United States Stamps and Covers.

A few collectors choose to save entire panes of new stamps.

The word pane describes a complete unit of sheet stamps as sold by the post office.

There are only five different stamps in the Arctic Animals issue. Each stamp is featured three times on the pane.

So, why is this item called a pane instead of a sheet?

When stamps are printed they are created in large sheets that are cut into the smaller units we call panes.

Sometimes, collectors have an opportunity to buy a sheet (also called a "press sheet") of selected issues.

In 1997 the Postal Service sold press sheets of the 32¢ Pacific 97 Stagecoach and Clipper Ship triangular stamps.

A sheet of those stamps is shown in Figure 3. The sheet contains 96 stamps, or six 16-stamp panes.

The sheet could be purchased from the Postal Service only by mail-order and at a few major stamp shows.

The 16-stamp panes, however, were available at post office windows across the country.

The word "pane" is also used to describe some stamps issued in booklets.

Many self-adhesive stamps are issued in flat panes that can be folded into a smaller booklet shape after narrow peel-off strips are removed.

The Postal Service calls such items "convertible booklets," because the pane converts into a booklet form.

A pane of the 33¢ Tropical Flowers self-adhesive stamps issued May 1 is shown at left in Figure 4.

As the label at the bottom of the pane shows, the cost for 20 stamps is $6.60. The Postal Service doesn't sell these stamps individually, but collectors may choose to save only one example of each of the four different stamps on the pane, and use the remainder for postage.

An older booklet pane is shown at right in Figure 4.

This 29¢ Locomotives issue consists of five designs on a single pane. Four panes like the one shown were sold within cardboard covers at post office counters and through vending machines.

An intact pane includes all five stamps as well as the selvage at the top of the strip.

In this case, the selvage includes plate numbers.

If the selvage is removed, the item is no longer considered a pane: instead it would be described as a strip of five stamps.

More frequently, when a collector refers to a strip of stamps, he is talking about coil stamps.

When you think about it, coil stamps are just one very long row of stamps. The coils most people buy at the post office consist of 100 stamps, while coils as big as 10,000 stamps are also available.

A strip is a single row of three or more stamps.

Most collectors save only an example from the coil, not the entire roll.

There are two popular ways to save mint coil stamps. A pair of stamps (the nondenominated 1998 Diner coils shown at the top of Figure 5) includes just two stamps from anywhere in the coil. This format helps illustrate that the stamps come in a single long row, and it is easy to mount on an album page.

A strip of stamps is often saved to illustrate the coil plate number.

Shown at the bottom of Figure 5 is a strip of five Diner coil stamps, with the single stamp bearing the plate number in the center of the strip.

Some collectors choose to save a strip of three stamps with the plate number in the center, rather than five stamps.

A strip of stamps might be saved from a pane of sheet stamps as well.

Figure 6 shows a strip of five stamps taken from the Arctic Animals pane that was illustrated in Figure 2.

In some cases collectors save multiple-design issues in blocks. The Scott U.S. specialized catalog sometimes suggests saving a strip as an alternative.

Collectors may choose to mix and match the items they wish to save. A collector who normally saves one of each stamp may decide to save the full pane of the Arctic Animals stamps because it has an attractive decorative selvage at the top of the pane.

Another collector may discard all the selvage on every issue, because his interest is only in the actual postage stamp.

It's a good idea to plan a collecting strategy that works well for you and is affordable.

Once you're comfortable with the plan you've developed, you're sure to enjoy the time you spend building your U.S. collection.