The many different ways of collecting and saving postmarks 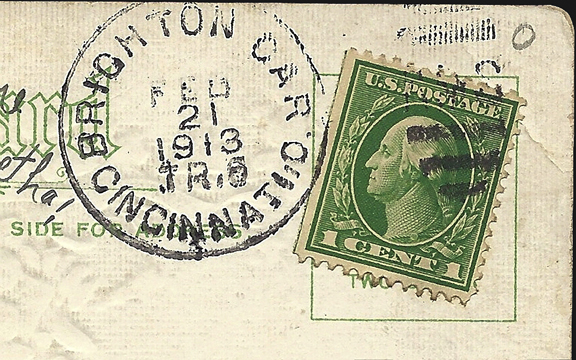 Figure 6. A 1913 postmark applied on a streetcar railway post office in Cincinnati. Postmarks can be collected from ships, railroads and other mobile post offices.

Figure 3. Postmark from 1846 that also has another marking reading "Steam," stating that it was carried by steamboat. 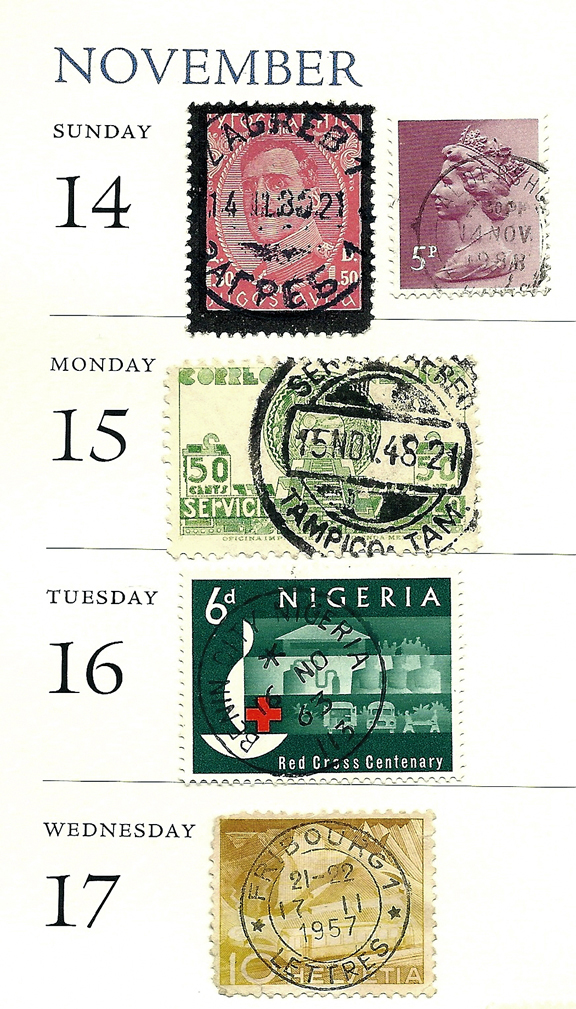 Figure 1. A page from a calendar with matching date cancels mounted on it.
Previous
Next

At the beginning of every year I put up a new wall calendar that records birthdays and anniversaries for family and friends, appointments, stamp shows and travel dates. Each new calendar reminds me of one of my fun stamp collections that is actually mounted in a desk calendar. It is a postmark collection, and the object of it is to find a stamp with a clear dated postmark that represents every day on the calendar.

Figure 1 shows a page from this collection. On these stamps, the postmark has been clearly struck on the stamp and is as perfectly centered on the stamp as I was able to find.

This calendar collection is something anyone can assemble. All you need is an old wall or desk calendar (the year doesn't matter) where you can mount your stamps, a packet of hinges or mounts, and those boxes of stamps that I know you have hiding in a closet.

Most of the used stamps you will find in your accumulations will not have complete postmarks that contain the place of mailing and a clear date. Instead, they will just have the killer portion of the postmark. A killer is the part of the postmark that strikes the stamp, cancelling it and rendering it invalid for further use.

If you sort the stamps by month it will be easy to mount the stamps one month at a time on the calendar. Be careful when using stamps from other countries. European countries in particular frequently write their dates with the day first, followed by the month and the year. If these are done numerically, such as "5.9.28" you could easily mistake that for May 9, 1928, instead of the correct Sept. 5, 1928. Some countries use both Arabic and Roman numerals in their dates, so that Sept. 5, 1928, would look like "5 IX 1928," so you have to keep on your toes when deciphering dates.

Keeping track of what you have and what you need for a calendar collection is easy. One of those little credit card size pocket calendars can serve as a want list. Cross off the days of the year that you have found and you will always know the dates you are missing.

Postal markings of all sorts are incredibly interesting and varied. The word postmarkusually refers to the marking on a mailpiece that contains the place and date of mailing applied by the post office. Postmarks can be handwritten, as found on mail sent prior to the issuance of postage stamps. Figure 2 illustrates the handwritten postmark from Cincinnati dated July 7, 1801, when Cincinnati was a frontier town in the Northwest Territory.

Postmarks can also be handstamps, such as the one illustrated in Figure 3, also from Cincinnati. This postmark is dated Oct. 10, 1846, and also bears another type of postal marking that says "Steam," indicating the letter was carried by steamboat.

Postmarks these days are generated by machines that apply them at a blinding speed. Figure 4 shows an early Cincinnati machine cancel with a numeral 2 in the 7-bar killer.

Transit and receiving postmarks are frequently found on the reverse of registered mail, a category of secure mail that requires documenting at each post office a registered letter or parcel travels through.

The term fancy cancels usually refers to handstamps carved from cork or wood and applied to letters mailed from some United States post offices in the 19th century. These kinds of cancels are eagerly sought and treasured by collectors.

Instructional markings, such as the return to sender marking shown in Figure 5 and hundreds of others, are a part of a category called auxiliary markings. Collectors interested in this aspect of postal history might wish to join the Auxiliary Markings Club. For more information contact C. David Eeles, Membership Secretary, Auxiliary Markings Club, Box 933, Columbus, OH 43216 or visit the web site www.postal-markings.org.

Postmarks have been applied to mail while traveling on sailing ships, railroads, airships, buses, trucks and streetcars that had their own post offices onboard.

Figure 6 shows a postmark applied in 1913 on the Brighton streetcar railway post office in Cincinnati. Mail from mobile post offices is a popular area of collecting, and it too has a society that provides information and services to its members. Visit the Mobile Post Office Society's web site at www.eskimo.com/~rkunz/mposhome.html; or contact Douglas N. Clark, Secretary, Box 427, Marstons Mills, MA 02648.

Envelopes that journey through the mail system pick up all manner of interesting markings. In times of war, mail might be opened and inspected by censors looking for messages that divulge information that could be useful to the enemy if intercepted. If mail is delivered to the wrong address or is sent to an erroneous address, it could be redirected or even end up in the dead letter office. Additional services such as special delivery, certified or insured mail or express mail often have postal markings unique to the service.

Collecting postal markings is a big, heavy limb of postal history and it has many branches. You can begin with the easy, fun, inexpensive calendar postmark collection and move on to other forms of postal markings from there. That is one of the most appealing characteristics of the stamp hobby: There is something for every interest.