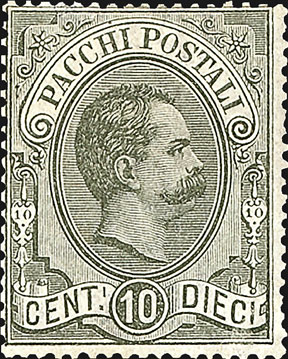 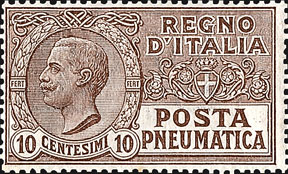 Figure 6. How is this 1913 stamp related to modern drive-through banking machines? 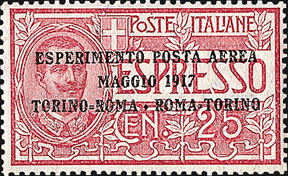 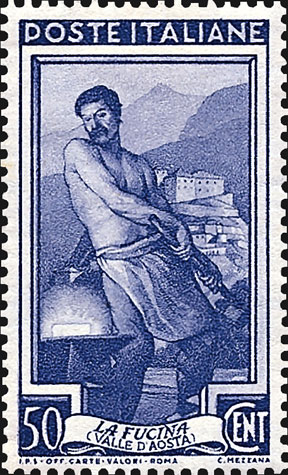 Figure 4. Busy Italian workers are depicted on 20 stamps issued in 1950, such as this one featuring a blacksmith. 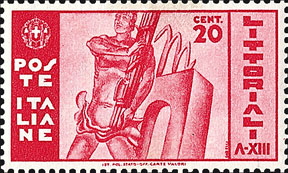 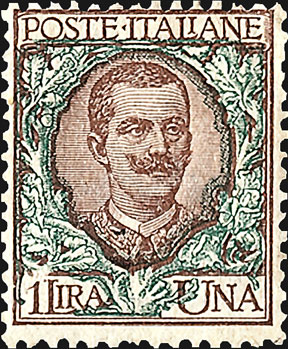 Figure 2. The Art Nouveau style popular at the time influenced the design of this 1901 Italian Victor Emmanuel II issue. 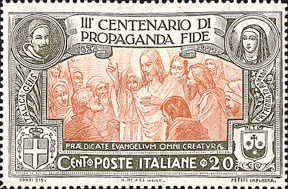 Figure 1. Issued in 1923 as one of a set of four, the reference to "Propaganda" in this Italian stamp's inscription is intriguing.
Previous
Next

One compelling reason for having a worldwide stamp collection is that there will always be something else of interest to collect and to learn about.

Recently I was mounting Italian stamps in an album when a set of four beautiful bicolor stamps caught my eye.

Figure 1 illustrates Scott 143, issued in 1923. The caption below the central vignette is in Latin and translates as "Preach the gospel to every creature."

What especially intrigued me was the wording in the banner at the top of the stamp, "III Centenario di Propaganda Fide." I thought I had figured out most of it with a bare minimum knowledge of the Italian language ("third century of faith propaganda"), but what puzzled me was the word "propaganda," which in English has political connotations.

Some research informed me that the stamp's slogan referred to a committee of cardinals that was established in 1622 by Pope Gregory XV. This committee, known as the Congregatio di Propaganda Fide, is the department of the pontifical administration charged with the spread (or propagation) of Catholicism and the regulation of ecclesiastical affairs in non-Catholic countries. These duties include supervising the training of priests for foreign missions.

So, a more accurate interpretation of the wording on this beautiful quartet of stamps is the celebration of the 300th anniversary of Pope Gregory's select committee for propagating the faith.

In the world of stamp collecting, one thing often leads to another, and so it was with the mounting of Italian stamps in a Scott International album. I couldn't help but notice the disappearance of the sinuous Art Nouveau curlicues found on many Italian stamps between the turn of the 20th century and about 1930.

Figure 2 shows a 1-lira Victor Emmanuel II stamp (Scott 87), issued in 1901 and designed in the popular Art Nouveau style of the time. That style slowly vanished and was replaced with a geometric Art Deco style, as evidenced in Figure 3 on Scott 342, a stamp that illustrates a man holding fasces (a bundle of wooden rods that were a symbol of power).

My mounting project also reminded me of the lengthy set of 20 stamps that Italy issued in 1950. The set depicted Italian workers busy at jobs that covered the gamut from agriculture, manufacturing and construction to lacemaking and woodcutting. Figure 4 shows Scott 549, a 50-centesimo Blacksmith stamp.

These attractive stamps could find their way into many existing topical collections or trigger an interest in creating a thematic collection that focuses on workers of the world.

According to the Sanabria Air Post Catalogue, Italy issued the world's first government-designated airmail stamp, for a flight between Turin and Rome on May 22, 1917 (Figure 5, Scott C1).

This was a stamp overprinted for the experimental airmail, with the underlying stamp being a 25c special delivery stamp (E1).

It's interesting to note that the following year, on May 15, the United States initiated the first regularly scheduled airmail service with the 24¢ stamp of a Jenny airplane — soon to be famous in its inverted error form — paying the 10¢ fee for special delivery as well as 14¢ for air service. No special delivery stamp was needed.

Italy has some fascinating "back of the book" stamps. For example, from 1913 to 1966, there were stamps for the pneumatic post service for letters propelled through tubes in post offices within Rome, Milan and Turin. Letters would be placed into a capsule and put into a tube where compressed air would push or pull it along to the next post office's receiving station. Something like that is in use today at your local bank's drive-through window. Figure 6 shows Scott D1, Italy's first pneumatic post stamp, from 1913.

Italy began using parcel post stamps (pacchi postali) in 1884. The first were single stamps featuring a portrait of King Humbert I. The 10c Scott Q1 is shown in Figure 7.

The left-hand portion of the pair was inscribed "Sul Bollettino" — on the bulletin — meaning it was to be affixed to the shipping bulletin or form (bollettino di spedizone).

The right-hand portion, "Sulla Ricevuta" (upon receipt), was affixed to the receipt given to the sender. The shipping form, or waybill, would travel with the parcel.

The Italian parcel post stamps are primarily collected as a joined pair and are listed and valued that way in the Scott Standard Postage Stamp Catalogue, although used halves are valued as well.

A few hours of mounting stamps of Italy into an album taught me a little Italian, a bit of Latin, something about 17th century Catholicism, how pneumatic mail operated and how two-part parcel post stamps were used.

All of these stamps had done their postal job, but they were still doing a teaching job as well.