Souvenir sheets and miniature sheets can be hard to define 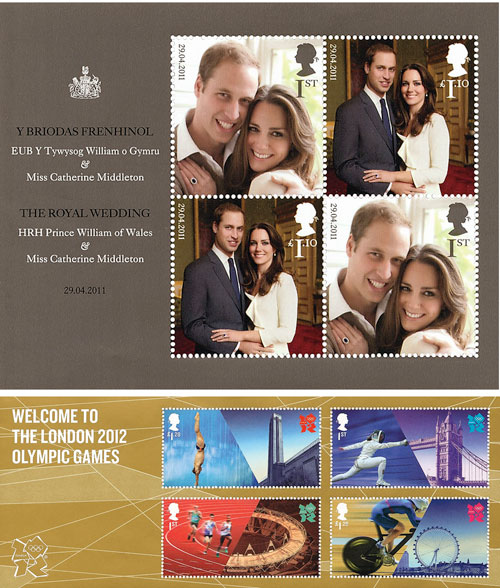 Figure 2. One of these British issues is identified as a souvenir sheet in the Scott catalog, and the other is called a miniature sheet. Because stamp issues are always evolving, there doesn't seem to be a hard and fast definition of what constitutes a souvenir sheet. 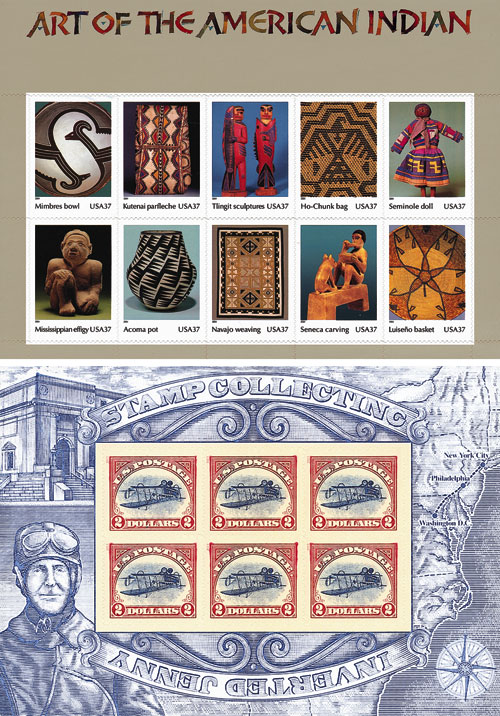 Figure 1. These two United States issues are smaller than standard stamp panes and bear some resemblance to souvenir sheets, but that’s not how they are described in the Scott catalog.
Previous
Next

Among all of the words and phrases used to describe stamps, souvenir sheet is the one term that probably causes the most confusion.

Most of the items described as souvenir sheets aren't really souvenirs of anything. Many are also not sheets. They are more correctly described as panes, printed in multiples on a single sheet, and then cut into the individual souvenir sheets that are sold by the post office.And it's easy to see why.

The fact is, there just isn't a hard and fast definition of souvenir sheet that everyone agrees on.

But as postal services become more and more creative with the stamp products they manufacture and sell, even the idea of a "standard issue pane" can be hard to pin down.

The United States Art of the American Indian issue from 2004 was created in a pane that is a smaller size than a standard issue, it contains just 10 stamps (rather than the usual 20), and it has a wide printed margin. It's pictured at the top of Figure 1.

I don't consider the Art of the American Indian issue (Scott 3873) to be a souvenir sheet. I call it a pane of 10 stamps, and that's how it is described in the 2014 ScottSpecialized Catalogue of United States Stamps and Covers.

What about the 2013 $2 Inverted Jenny issue? This pane of six stamps, shown at the bottom of Figure 1, also has decorative selvage and is considerably smaller than a standard pane.

The Scott U.S. specialized catalog describes this item (Scott 4806) as a pane of six in the main listing, and as a miniature sheet in a subhead.

The phrase souvenir sheet is avoided in the catalog description of the Inverted Jenny pane, and I agree with that decision as well.

The Scott Standard Postage Stamp Catalogue doesn't include definitions of souvenir sheet or miniature sheet in its terminology section in the catalog introduction, but these terms were defined by Linn's Stamp News several years ago in the Linn's World Stamp Almanac.

Miniature sheet: A smaller-than-normal pane of stamps issued only in that form or in addition to full panes. A miniature sheet is usually without marginal markings or text saying that the sheet was issued in conjunction with or to commemorate some event.

The Scott catalog editorial staff has internal guidelines for identifying souvenir sheets, miniature sheets and the like, Scott new issues editor Martin J. Frankevicz told me. As with all the stamps that are listed in the catalog, each souvenir sheet and miniature sheet candidate is carefully examined before the listing and description take place.

As stamps have evolved over the decades, so has the perception of what a souvenir sheet is, but it's unlikely the Scott catalog or any other catalog will change more than 160 years of past listings to fit any revised definition.

Great Britain issued what the Scott catalog identifies as a souvenir sheet in 2011 to mark the wedding of Prince William and Catherine Middleton. The sheet, shown at the top of Figure 2, contains four stamps and decorative selvage with text (Scott 2901).

Another four-stamp sheet with decorative margins, pictured at the bottom of Figure 2, was issued by Great Britain in 2012 for the Olympic Summer Games held that year in London (Scott 3046).

In this case, the item is identified as a miniature sheet in the catalog, not as a souvenir sheet.

Even though they are similar in format, there are subtle differences between the two sheets.

The wedding sheet has four stamps in the form of two designs repeated twice. The stamps are se-tenant (different designs attached to one another).

The Olympics sheet has four different stamps separated by margin paper between them.

Still, many collectors would refer to both of these items as souvenir sheets, and that's an acceptable description.

Since the Linn's World Stamp Almanac definitions were printed in 2000, the concepts of miniature sheet andsouvenir sheet have continued to evolve.

Whether you call them souvenir sheets or miniature sheets, the stamps on the issues listed in the Scott catalog were valid for postage at the time of issue, and these stamps often exist only in that form.

In most cases, the souvenir sheets are small enough to fit on a stamp album page or in a stock book and make an interesting addition to a topical or country collection.