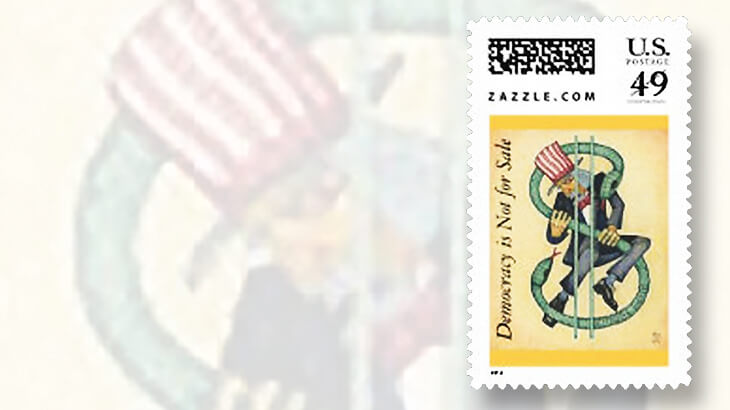 In late February, two producers of computer-generated stamps, Stamps.com and Zazzle, Inc., filed comments in the Federal Register critical of the United States Postal Service's proposed rules for allowable images on such stamps. This rejected Zazzle.com stamp design, a political comment against the Supreme Court’s controversial 2010 Citizens United ruling, is at the center of a lawsuit that the stamp’s designer brought against the Postal Service.