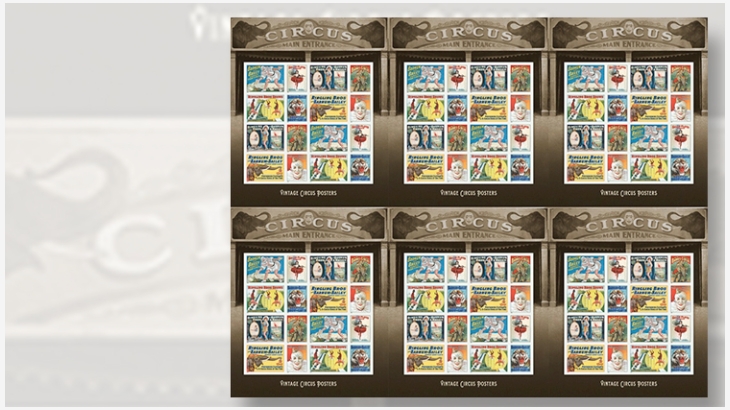 Managers of the United States stamp program may have killed their program of selling imperforate press sheets of stamps, but a number of questions remain unanswered.

That’s the opinion of Cincinnati, Ohio, collector Jim Siekermann, one of the authors of Guidebook and Checklist — U.S. Postal Service No-Die-Cut Stamps 2012 to 2015, the definitive study on the sheets.

In an e-mail to Linns Stamp News, he outlined some of the unanswered questions.

In his opinion, the U.S. Postal Service must have made the unannounced decision to kill the program “in early February of 2016.”

But Siekermann said that should have left USPS with quantities of the uncut sheets.

“As stamps are produced many months in advance, the Moon Global stamp, the Sarah Vaughan and the Shirley Temple stamp almost certainly had no-die-cut press sheets set aside as they were scheduled for release from late February through mid-April,” he said.

Beginning around March 20, 2016 to April 10, 2016, all imperforate sheets were removed from sale at USPS Stamp Fulfillment Services in Kansas City.

“There were approximately 60 difference issues still on sale” at the time, he said.

“It would be understandable if they had removed all old issues, but they didn’t,” he said.

“They left the unsold press sheets with die cuts still on sale, where most remain today.”

For example, Siekermann noted that press sheets of the 2013 Lydia Mendoza forever stamp with no die cuts were removed, but press sheets with die cuts remain on sale.

He said both he and his co-author Jill R. Ambrose are hoping that those unsold press sheets without die cuts were not destroyed and could be made available.

But the two authors are puzzled by yet another “real mystery” about the Postal Service’s press sheet policy.

“…Why are they producing so many press sheets with die cuts today where there is so little demand for them?” Siekermann asked.

“Based on our research, there are less than 150 collectors of die-cut press sheets nationwide,” he said.

He cited the Botanical Arts stamp issued in January 2016; he believes only 250 press sheets were made.

“Once those 150 stamp collectors at most get their sheets, the only other customers for those sheets will be customers who just want to cut them up for the stamp as existing stocks of individual panes may be running low,” he said.

“Now they are producing thousands of press sheets they will never sell, or take a very long time to do so,” Siekermann said.

“Why are they doing this? Unless they are trying to fill the caves in Kansas City."

While the decision to end sales of the imperforate sheets seems unlikely to be changed, he said it is denying the cash-hungry USPS lots of “easy money.”

“We realize in the grand scheme of their budget, this might be small, but the several million dollars it potentially brings in would buy a number of new [delivery] vehicles they want for instance,” Siekermann said in a second e-mail.

“What other companies or entities willingly give up a winning product?”

The two authors had planned to update their book on the imperforate sheets, but the end of sales has ended the pressure to update the book.

“It’s a shame [sales have ended] as it is fun collecting them and the collector base was really expanding.

“At least the program won’t outlive us,” he said.