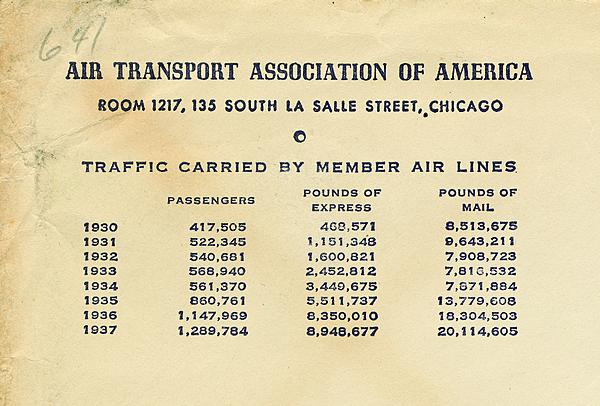 Figure 2. The chart from the Figure 1 cover created by the Air Transport Association of America and conveying different air traffic statistics.

Figure 1. An interesting feature of this 1938 cover sent from Chicago, Ill., to Washington, D.C., is the chart in the upper left corner that shows the growth of commercial air traffic, including airmail poundage, on scheduled airlines from 1930 to 1937

Seldom does one find details about the growth of commercial air traffic on a mailed cover, but the 1938 example in Figure 1 provides a lot of information, even with the envelope contents missing.

The cover was mailed from Chicago, Ill., to Washington, D.C., using a 9¢ Thomas Jefferson definitive stamp perforated gauge 11 by 10½ (Scott 641) that paid three times the 3¢ first-class rate for more than two ounces.

The cover’s significance is in the chart in the upper left corner of the envelope, shown in Figure 2, titled “Traffic carried by member airlines.” It was sent to members of the Air Transport Association of America.

The association has since been renamed Airlines for America and currently advertises itself as “America’s oldest and largest airline trade association.” The group states that its affiliates transport more than 90 percent of United States airline passenger and cargo traffic.

Commercial airmail effectively began with the first scheduled airplane flights in 1918, and profits from that service became one of the drivers of expanding scheduled airline service nationwide. Paying passengers were another driver. The chart shows the incredible growth of passenger traffic and cargo starting in 1930 and extending year by year until 1937, just before this letter was mailed.

Comparable figures for the present era are not so easy to find, but a good indication is that domestic passengers in 2011 numbered 640 million, and, in 2010, the U.S. Postal Service handled 80 billion pieces of first-class mail, much of which would have traveled by air if sent over longer distances.

This provides quite a picture of how the airplane and the airline industries have changed our lives and made a major improvement in the speed of mail transmission over the more than 80 years since 1930.

The cover shown in Figure 1 was addressed to the managing editor of a newspaper in Washington, and it would seem that the Air Transport Association of America was doing a bit of preening on behalf of its members over the growing importance of air transport.

It makes a nice addition to an airmail collection, even if the cover itself did not go by air.

A weekly column allows considerable latitude, but I could fill twice the space and still have material left over. In balancing the content to appeal to the widest possible range of readers, I must apologize that I can’t quote all correspondents or cover every issue that comes up. If you write, please include a stamped addressed envelope if you wish a reply.