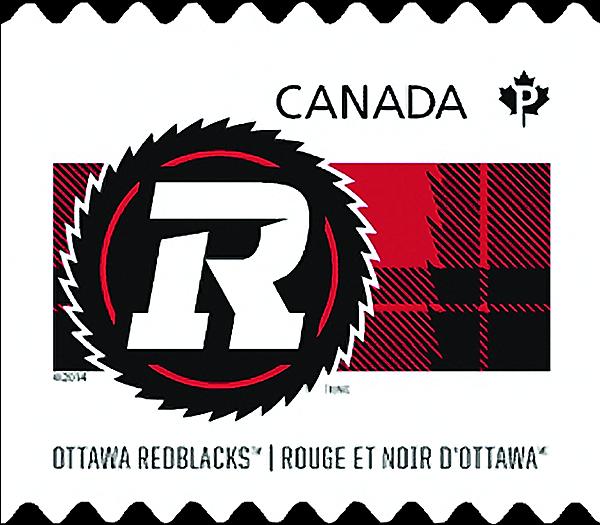 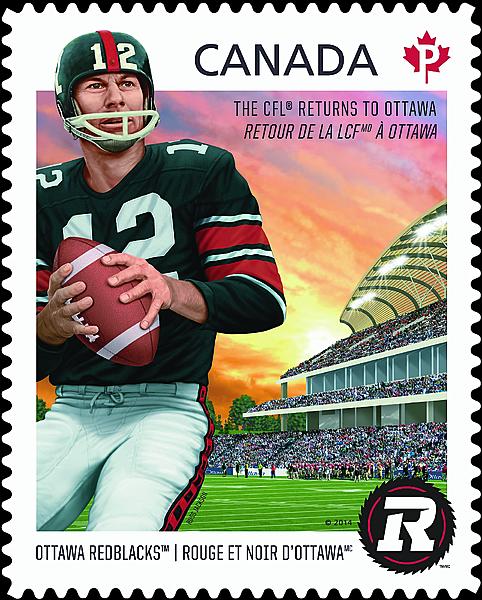 The Canadian Football League’s return to Ottawa is celebrated with this new stamp issue. There hasn’t been a CFL team in the city prior to 2006 when the Ottawa Renegades disbanded before the season started.

The stamps were designed by Filip Mroz and David Rosenberg of Bensimon Byrne. The stamp illustrations were created by Ron Dollekamp.

The commemorative booklet stamp, according to Rosenberg, shows “a renowned hero from the days of the Ottawa Rough Riders in dramatic stance” and an image of the new Lansdowne Park stadium.

The player depicted is quarterback Russ Jackson, who led the Rough Riders throughout the 1960s and was inducted into the Canadian Football Hall of Fame in 1973.

The booklet stamp was printed by Canadian Bank Note, and Lowe-Martin produced the coil stamp.

Printing quantities for the issue are 1.5 million booklet stamps and 1 million coil stamps. Canada Post created 11,500 first-day covers, each franked with both stamps.

Additional details about this stamp issue were published in the June 30 issue of Linn’s.