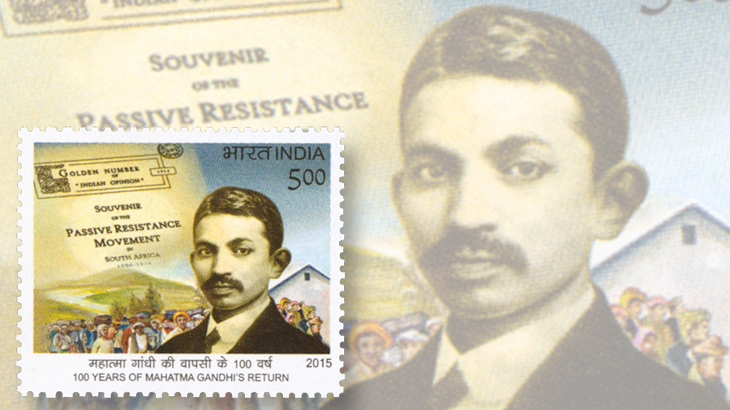 Sankha Samanta has designed over 400 stamps in his life, and recently had some of the more impactful ones on display at a recent philatelic exhibition, held at Agri Koli Bhavan in Nerul, India. This stamp depicts Gandhi, and is the cover page of Souvenir

“Creativity behind the birth of every postage stamp is nothing but the designers labor of love.”

These are the words of Sankha Samanta, an Indian stamp designer with more than 400 postage pieces to his name.

Samanta, who’s Master’s degree in Fine Arts has proved to be significant for him, recently attended a philatelic exhibition – the first in which his designs stood alone at an exhibit.

The Times of India reports that Samanta’s track record of stamps designs is a unique one. Citing his designs of Golden Jubilee of Parliament (2002), International Day of Disabled Persons (2007), and most notably, the world’s first Mahatma Gandhi stamp printed on khadi – a handspun cloth native to India

“Ameristamp Expo, the nation’s second-largest annual postage stamp event, will take place in Atlanta in the Hilton Atlanta Downtown at 255 Courtland St. NE, Jan. 29-31. Show hours are 10 a.m. to 6 p.m. on Friday and Saturday, and 10 a.m. to 4 p.m. on Sunday. Admission is free and open to the public.”

Read more about the event

See why it sold for so much