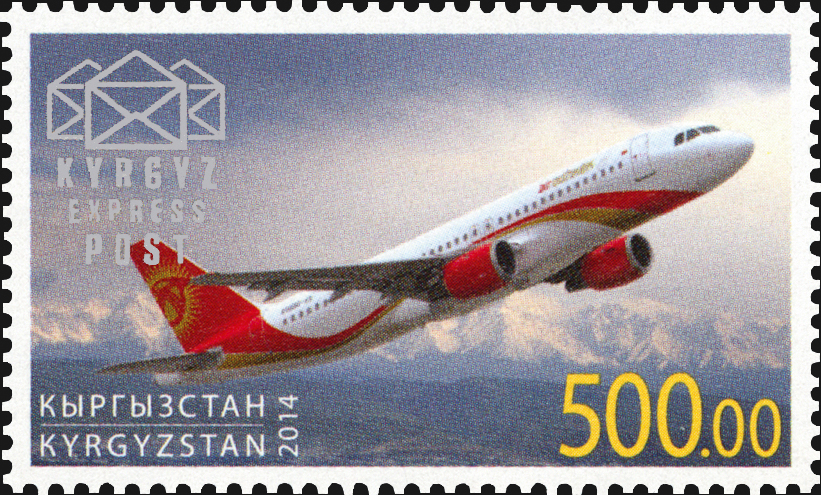 A new wrinkle in postal service competition has come to light in Central Asia, and with it, new stamps for a new postal entity.

Kyrgyz Express Post, a company created in 2012, became the second postal organization to be granted permission to provide services within Kyrgyzstan, creating competition in the postal marketplace there with Kyrgyz Pochtasy, the original postal operator in the country.

The Universal Postal Union announced this decision, which came from Kyrgyzstan’s Ministry of Transport and Communications, in its May 21, 2013, International Bureau Circular No. 83.

According to Universal Postal Union documents, both organizations are “licensed to provide unrestricted postal services throughout the country.”

On November 18, 2014, Kyrgyz Express Post issued its first stamps on the theme of postal conveyance. In this set there is a miniature sheet of four stamps depicting a post rider (25 som), a locomotive (50s), a mail van (250s), and an airplane (500s). The 500s stamp was printed separately in a sheet of four.

Additionally, a miniature sheet was issued containing one 700s stamp depicting a dove carrying a letter and the UPU emblem surrounded by eight labels showing the Kyrgyz Express Post emblem and text in various languages noting the company’s status as the Kyrgyzstan’s second designated postal operator. Each label on the sheet mentions UPU Circular 83.

Because the UPU has announced that there are two designated postal operators in Kyrgyzstan, the editors of the Scott Standard Postage Stamp Catalogue will list the stamps issued by Kyrgyz Express Post. They will be listed separately from the issues of Kyrgyz Pochtasy. The first listings will appear in the Scott New Listings Update in the May 18, 2015 edition of Linn’s Stamp News.