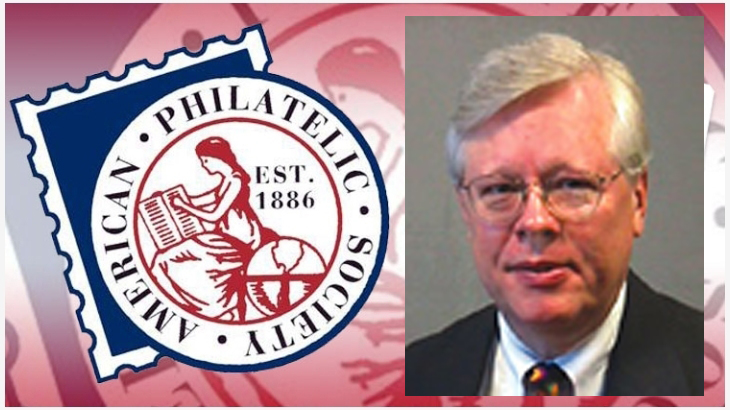 In mid-September, American Philatelic Society treasurer Ken Nilsestuen and six others announced their candidacies for the upcoming 2016-19 APS election. Nilsestuen, pictured, is running for president. Bruce Marsden is running for treasurer. Five others ar

In mid-September, Nilsestuen and six others posted candidate statements on the Stamp Collecting Forum and the Virtual Stamp Club, two websites devoted to stamp collecting.

According to the APS website, official nominations open Nov. 1.

Nilsestuen touts his business and hobby experience as a key strength for moving the APS forward.

“Nilsestuen’s business experience includes an over 40 year career as a CPA in the largest accounting firms and at the head of two NYSE-listed corporation tax departments,” Nilsestuen states in his Sept. 11 press release. “In the late 1990s he was also co-owner of Summit Auctions, a stamp and ephemera auction house.”

He acknowledges having collected stamps since childhood and states that “his extensive business experience, love for the APS and philately, and collaborative leadership style is the necessary combination for a great society and staff guided by an independent and effective board.”

Running for APS treasurer is Collectors Club president Bruce Marsden, who has been a member of the APS since 1976, according to his candidate statement.

Marsden also serves as a member of the board of trustees for the American Philatelic Research Library.

As a certified public accountant, Marsden hopes to put his years of financial experience to work for the betterment of the APS.

In his candidate statement, Marsden outlines what he calls “my long term vision for the APS and APRL.”

Part of that vision includes helping the APS expand its “capabilities and reach to become a ‘mother ship’ organization supporting philatelic activities throughout the United States.”

Michael Bloom, a life member of the APS, announced his candidacy for APS director-at-large by highlighting his creation of the APS StampBuddy program, which provides a welcoming environment for noncollectors at many APS shows.

He has been an active recruiter of new APS members, coming in second place behind Mystic Stamp Co. president Don Sundman during 2014.

Bloom combines a passion for teaching and business acumen as chairman of the APS entry level adult and youth committee.

“The future for our hobby looks bright if only we begin to understand how collectors have changed,” says Bloom in his announcement.

“We need to go beyond exposing our youth to stamps; we need to figure out how to turn them into stamp collectors.  If elected, that’s where I am heading.”

Three of the five candidates for APS director-at-large — Rich Drews, Gordon Eubanks, and Mark Schwartz — share an important philatelic achievement: Each has won the prestigious APS Champion of Champions award.

Drews, an exhibitor and philatelic judge for more than 30 years, seeks to tap into the vast resources of the Internet to draw in new collectors and expand APS membership.

In his announcement, Drews states that the APS board “must solidly support the efforts of the APS staff but stay out of daily operations. I’m running to help make this happen.”

Stamp collecting, he says, “has been my preoccupation and joy since age 5.”

Gordon Eubanks plans to take an approach similar to Drews’ when it comes to interactions between the APS board and the society staff.

“My decision to run is driven by a strong belief that the role of the board is not the day-to-day management of the APS but rather to provide oversight and strong governance,” says Eubanks in his announcement.

“We have a great team at the APS; the board must give them support and the oversight they need to be successful. The board members must also be strong external advocates for the APS.”

David McNamee brings a wealth of financial experience to his campaign for APS director-at-large.

“I am running for election to an At-Large position on the APS Board of Directors because I feel a deep responsibility to the hobby to ensure that the APS and its core services are available for future generations of collectors,” McNamee says in his announcement.

McNamee is an accomplished exhibitor and accredited chief philatelic judge. He says he is committed to the growth and continued success of the American Philatelic Research Library.

“I am committed to support the completion of the APRL – it has meant so much to me as a philatelic author, editor and judge,” states McNamee.

Mark Schwartz aims to restore the health of the APS.

“The American Philatelic Society is the bellwether of our hobby,” Schwartz states in his announcement.

He believes that the APS is first and foremost a “hobby organization.” But he also views the society as a “business with products and services,” such as The American Philatelist and the sales division.

During his successful careers as a scientist and business executive, Schwartz leveraged his skills “to help those with varying views to reach common ground on key issues. …”

If elected, Schwartz says he intends to do the same for the APS.

Formal statements from all candidates that qualify for the 2016-19 election will be published in The American Philatelist and on the APS website.

The nominating process for the upcoming election will close March 31, 2016.

The ballot is to be included in the May 2016 issue of The American Philatelist, and voting is scheduled to close June 4, 2016.