Gyrocopter pilot who landed at U.S. Capitol sentenced to four months in prison 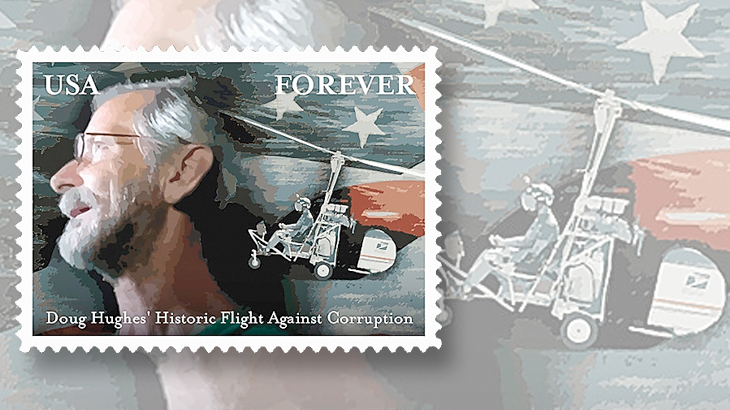 Douglas Hughes, a former United States Postal Service employee, was sentenced April 21 to four months in prison for flying a gyrocopter onto the grounds of the U.S. Capitol in Washington April 15, 2015. This stamplike label surfaced not long after Hughes’

A former United States Postal Service letter carrier from Florida was sentenced April 21 to four months in prison for flying his tiny gyrocopter onto the U.S. Capitol grounds in what a federal judge branded an act of “self-aggrandizement.”

“You had tunnel vision for publicity and media attention to yourself and not to the public-safety consequences,” the judge told the 62-year-old former postal worker from Ruskin, Fla., during his sentencing in Washington, D.C.

She said Hughes’ “publicity stunt” recklessly endangered Washingtonians. A prison sentence might deter others “who might not be so lucky” in violating no-fly zones around the nation’s capital, she said, rejecting Hughes’s request for no prison time.

The former letter carrier had pleaded guilty to flying without an airman’s certificate. That is a felony for flying his low-powered, 350-pound craft 70 miles from Gettysburg, Pa., to Capitol Hill on April 15, 2015.

Hughes also acknowledged flying into restricted airspace without a flight plan and agreed to forfeit what the Washington Post described as his “flying lawn chair,” a gyrocopter emblazoned with a U.S. Postal Service logo and carrying protest letters about campaign finance laws Hughes said he wanted to deliver to members of Congress.