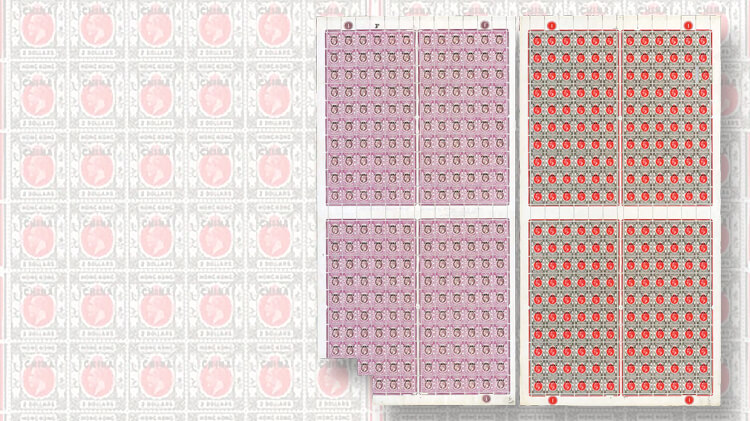 The Hong Kong sale by Spink offered a set of sheets from Britain’s Offices in China, which sold for $60,800. The stamps missing at lower left are now part of Queen Elizabeth II’s royal collection. 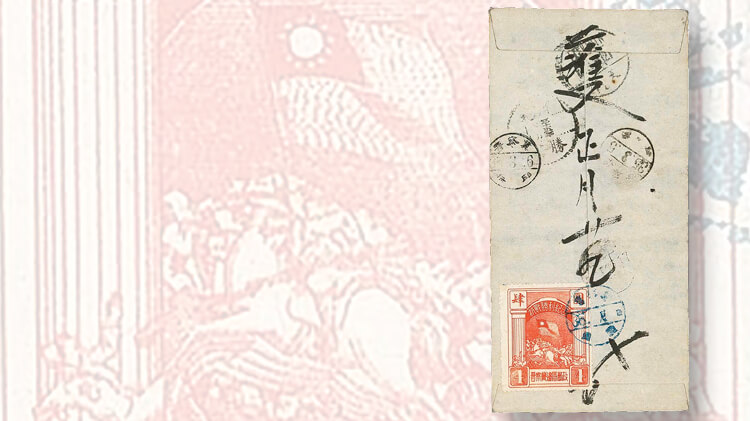 A March 1946 cover mailed from the Chin-Ki-Cha border area in northern China to Fushun City sold at the Spink Hong Kong auction for $13,000, six times its high estimate.
Previous
Next

After the 350-year-old auction firm Spink and Son held a pair of philatelic sales at its London headquarters in mid-December 2016, it held a sale of Chinese and Asian stamps and covers at its Hong Kong offices on Jan. 15.

The top item was a set of archival full sheets for the stamps of Britain’s Offices in China. These were produced between 1916 and 1927 by overprinting Hong Kong’s King George V definitive stamps with the word “CHINA.”

The sheets apparently were taken as proofs for registration purposes at the time the overprints were requisitioned from Somerset House in London, and were consigned to Spink by the British Postal Museum and Archive.

In the former set, one stamp from each sheet had been taken out for display at some point in the past and then carefully hinged back in place. Each of the sheets in the latter group is missing five stamps from the lower-left corner; the missing stamps are in the royal collection belonging to Queen Elizabeth II.

Very few other complete sheets of these issues survive. Together they sold for the equivalent of $60,800, including the 12½ percent premium levied by Spink in Hong Kong.

Among postal history lots in the Spink Hong Kong sale were numerous covers from China’s liberated areas, which operated with a large degree of autonomy in the 1940s, after the Japanese occupiers were beaten back and before the Communists consolidated control.

A cover from the Chin-Ki-Cha border area in northern China, also known as Chansi-Chahar-Hopeh, was mailed to Fushun City in March 1946, bearing a $4 Victory over Japan stamp.

The cover picked up a number of transit markings along the way.

But when the letter arrived at its Nationalist-controlled destination, the Communist-issued stamp was not recognized, and the letter was charged $20 postage due, indicated by a rectangular handstamp on the address side.

Going for six times its high estimate, the cover brought $13,000.