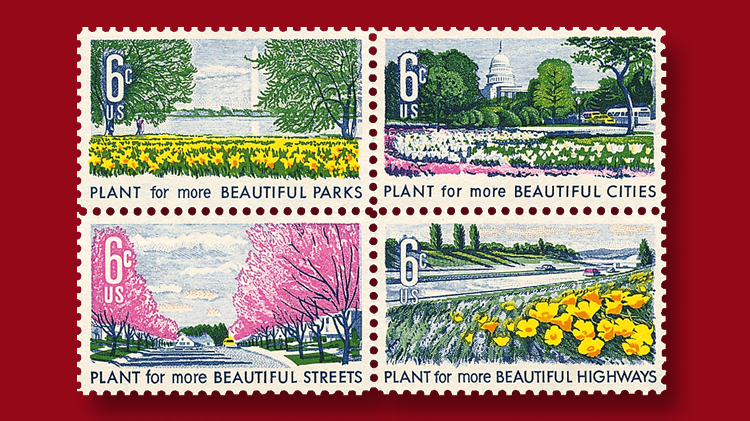 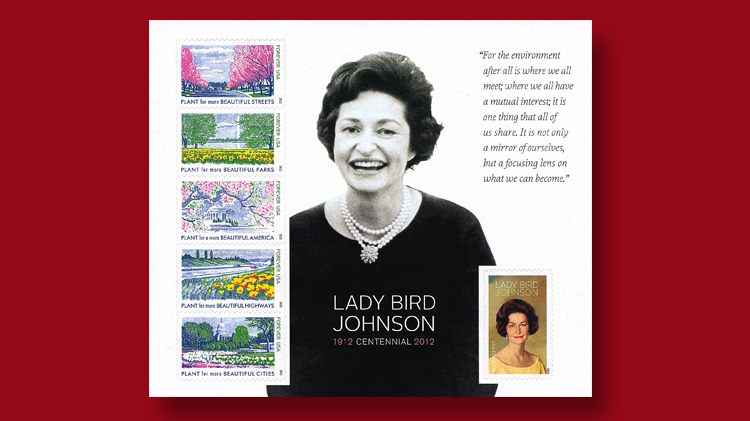 Figure 2. To celebrate the 100th birth anniversary of “Lady Bird” Johnson in 2012, this souvenir sheet was released with forever versions of the four 1969 stamps plus a similar 1966 stamp and a new stamp showing the White House official portrait of Mrs. J 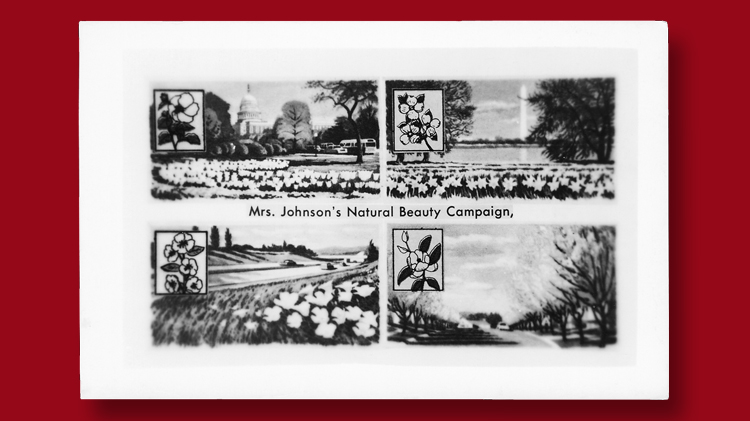 Figure 4. In addition to a letter, the cover shown in Figure 3 included this postcard illustrating what are likely early versions of the 1969 Beautification of America stamp designs. 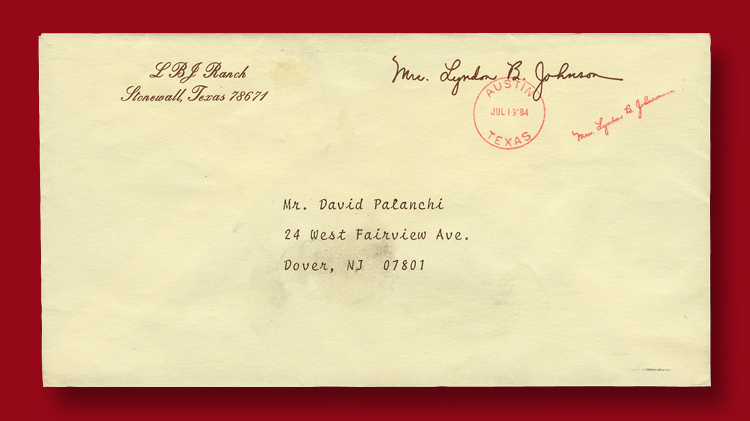 Figure 3. Two versions of Mrs. Johnson’s free franks are part of this 1984 cover. She was authorized free first-class mail as the widow of a former U.S. president. 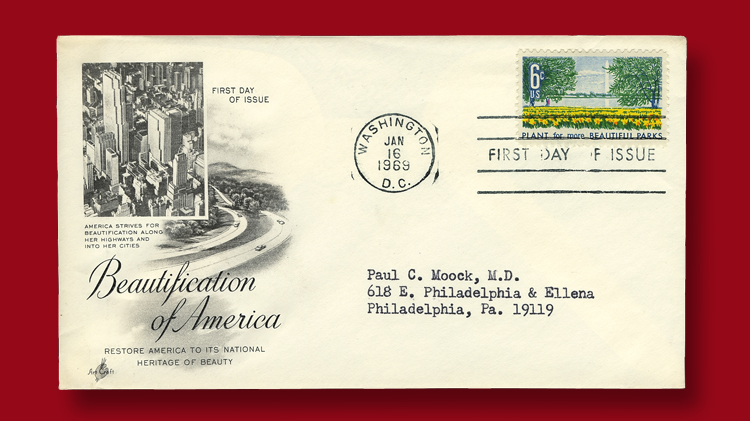 Figure 5. First-day covers have been used as marketing tools. Ayerst Laboratories, a pharmaceutical firm, sent FDCs of the 1969 Beautification of America issue to medical professionals. The FDCs contained a letter hyping one of the firm’s products.
Previous
Next

There have been two issuances of the five Beautification of America stamps, first in the 1960s and the second in 2012.

Figure 1 shows a block of four 6¢ stamps released in 1969 (Scott 1368a) as part of first lady Claudia A. “Lady Bird” Johnson’s national campaign for beautification.

A previous Beautification of America stamp, a 5¢ commemorative issued in 1966, displayed the message “PLANT for a more BEAUTIFUL AMERICA” (Scott 1318).

The second issuance of these five Beautification of America stamps Nov. 30, 2012, to commemorate the 100th birth anniversary of Lady Bird Johnson (Scott 4716). This time the designs were adapted to a forever stamp format, and presented in a souvenir sheet with a sixth stamp. That stamp features a White House portrait of Mrs. Johnson, who had passed away in 2007.

I recently acquired a letter dated July 19, 1984, from Dr. Peggy D. Davis, social activities director for Mrs. Johnson. It was sent in the cover shown in Figure 3 bearing two versions of the first lady’s free frank. As the widow of a former U.S. president, she was authorized free first-class postage. The letter reads:

Thank you for writing to Mrs. Johnson. She is away from the office for the next several weeks and we are saving the photograph you sent for her to autograph until she returns.

Mrs. Johnson receives much mail from people all over the world who, like you, share their problems and concerns about the environment. How very much she wishes she could be of help in each situation.

We suggest you contact your local officials concerning the cutting of the trees in your city. They may be able to offer your suggestions for an effective course of action you may pursue.

Included with the letter was the postcard pictured in Figure 4. The block of stamps pictured in black-and-white on the card is likely an early rendition of the designs that morphed into the issued stamps of 1969.

Another letter related to the 1969 issue was inside the first-day cover shown in Figure 5.

One of the things I chase is FDCs used as vehicles for advertising, and this one is a classic. The sender was Ayerst Laboratories of New York, N.Y. This firm regularly sent FDCs to medical professionals to promote its products.

Here is the pitch:

This First Day of Issue Cover comes to you from Washington, D.C., to commemorate the Beautification of America project dedicated to the preservation of America’s heritage of natural beauty.

In general, what is aesthetically pleasing bespeaks too of calm and harmony. In terms of the human organism, beauty can usually be equated with good health.

Interestingly enough, several years ago when PREMARIN was introduced in Taiwan, the Chinese, as they customarily do in writing foreign names, utilized those symbols or pictographs which, pronounced together, most closely approached the original sound of the name. So, phonetically the sound of PREMARIN was preserved, but the Chinese symbols literally read: “KEEPS THE LADY BEAUTIFUL AND PEACEFUL.”

This intuitive wisdom of the East has been amply confirmed in clinical practice in the West. For more than 25 years now PREMARIN has established an outstanding record of effectiveness in treating the physical and emotional distress related to estrogen deficiency in the menopause and post-menopause; it also imparts a gratifying “sense of well-being.”

When you prescribe PREMARIN (conjugated estrogens – equine), you give your patients the physiologic and metabolic benefits of naturally occurring estrogens presented as the complete estrogen complex. Full product information is enclosed.