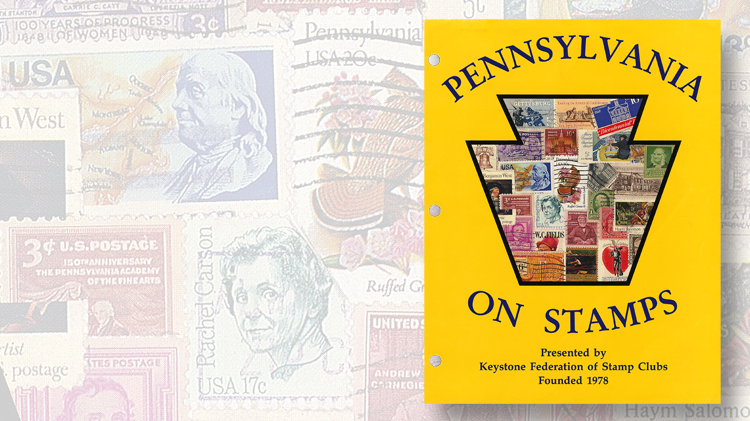 One aspect of the appeal of stamp collecting is the relevance of stamps to the individual collector.

Most Americans think of themselves as affiliated with one or more of the 50 states or U.S. territories as a place of birth, permanent residence, or location of their workplace.

So it is no surprise that several collectors and philatelic societies have published compilations of stamps with connections to a given state. For example, the Keystone Federation of Stamp Clubs published the handbook Pennsylvania On Stamps in 1987.

Also, collector Tom Lera wrote an article for the non-philatelic press about the stamps related to the state of Nevada. Lera’s article was published in the November-December 2013 sesquicentennial issue of Nevada Magazine.

Did Lera recruit any readers to the hobby? Hard to know, but I believe nothing ventured, nothing gained.

I think that this is one of many good methods to put stamp collecting before potential collectors, and I’d like to see more of this done in ways that tickle pre-existing interests.

The same sort of publications can be done for major cities. For example, the Philatelic Foundation put out a booklet titled “New York City on Stamps” in 1992.

If Linn’s readers know of any other publications that might be included in this history, especially those currently in print, I would appreciate hearing from you by email, or by mail at Box 1125, Falls Church, VA 22041.