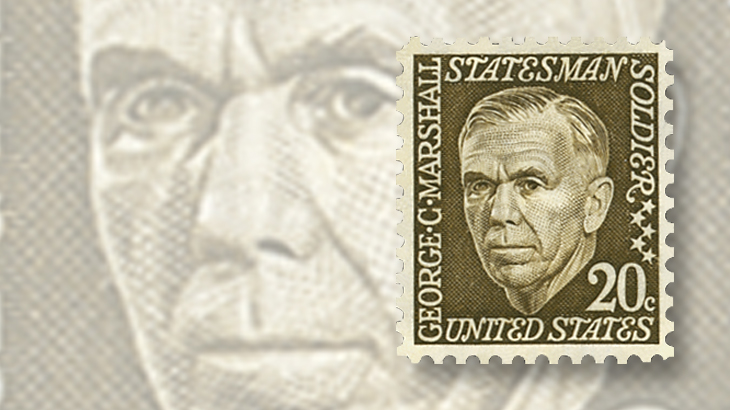 George Catlett Marshall, who served his country in both World Wars, and as the nation’s Secretary of State, and later as its Secretary of Defense, was born Dec. 31, 1880, in Uniontown, Pa.

Marshall was a 1901 graduate of the Virginia Military Institute and was commissioned as a second lieutenant in the Army the following year.

He was named chief of operations for the American Expeditionary Forces in World War I, working with Gen. John J. Pershing.

He continued as aide-de-camp to Pershing after the war, and was later stationed in China, and as commanding officer at Fort Screven in Georgia.

After the war, Marshall was named Secretary of State and devised the successful Marshall Plan to provide U.S. financial and military aid to war-torn Europe, to assist with economic recovery and solidify U.S. alliances.

He became president of the American Red Cross and served one year as Secretary of Defense (1950-51). In 1953, Marshall was awarded the Nobel Peace Prize for his humanitarian efforts.

A 32¢ commemorative stamp that includes a portrait of Marshall was issued June 4, 1997, to mark the 50th anniversary of the Marshall Plan (Scott 3141).