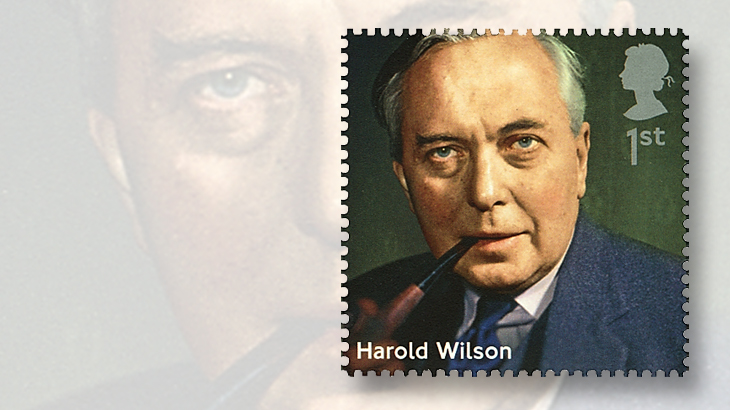 Harold Wilson, the longtime prime minister of the United Kingdom, was honored on a British first-class stamp in 2014.

He studied at Oxford University and during World War II served in the Ministry of Fuel and Power.

Wilson began his lengthy service in Parliament with his 1945 election. As Labour Party leader, he became prime minister in 1964, serving until 1970, when he was handed an unexpected defeat. He returned to the office in 1974 and surprised the nation two years later by abruptly retiring. He continued in Parliament until 1983, when he was created Baron Wilson of Rievaulx.