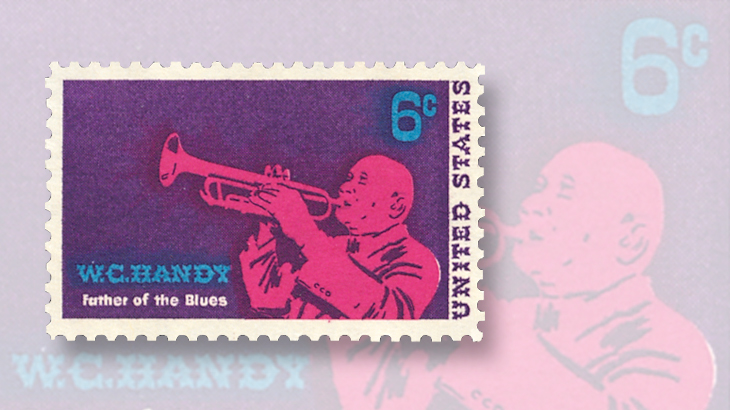 Legendary blues musician William Christopher Handy — known to all the world as W.C. Handy — was born Nov. 16, 1873, in Florence, Ala. His father and grandfather were both church ministers.

Young William cherished the music of the church, but he also became familiar with secular music, though his father disapproved.

With his hard-earned money, Handy bought a guitar (which his father made him return), and then a cornet, and joined a less-than-successful minstrel show at age 15.

He became a teacher and worked at other odd jobs before returning to music as a bandleader and composer.

Handy traveled across the American South, and it was there that he was introduced to the characteristic music structure and repeating lyric form that he would recall and refine when writing his Memphis Blues in 1908, the popular St. Louis Blues in 1914, and Beale Street Blues in 1916.

He set up a successful music publishing business and achieved great fame with his blues and jazz performances.

For his vital role in shaping, publishing and promoting early American blues music, W.C. Handy came to be known as “the Father of the Blues,” and was commemorated on a 6¢ stamp issued May 17, 1969 (Scott 1372).