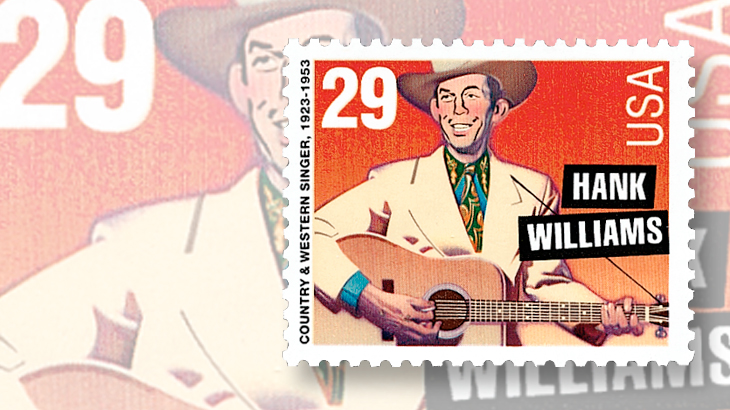 Country music pioneer Hank Williams, commemorated on a 29¢ stamp in 1993 as part of the American Music series. 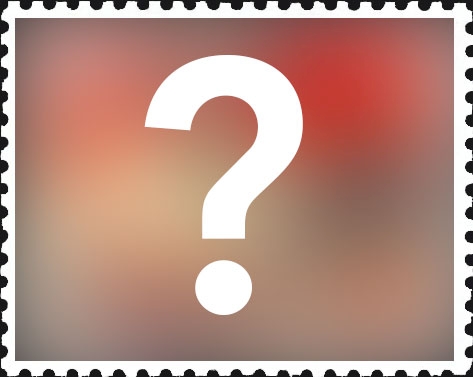 Who is the mystery birthday stamp subject for Sept. 17?
Previous
Next

World-famous songwriter, singer and guitarist Hank Williams was born Sept. 17, 1923, in Mount Olive, Ala. A pioneer in country music, Williams found fame with his hit songs Move It On Over; Your Cheatin’ Heart; Hey, Good Lookin’; I’ll Never Get Out of This World Alive; and many others.

Williams was born with spina bifida, a condition that caused him back pain throughout his life. As a youngster he learned to play guitar and pick out songs that he heard on the radio, and he was influenced by the blues music he learned from local musician Rufus “Tee Tot” Payne.

Williams and his band, the Drifting Cowboys, performed on local radio in the 1940s, and Williams began recording in 1946.

His early singles quickly established his popularity, and by 1949 he enjoyed a huge following and a string of top 10 hits.

Sadly, his lifelong struggle with back pain contributed to a dependence on alcohol and drugs, leading to a general deterioration of his health.

At age 29, Williams died of a heart condition while traveling by car to a concert on New Year’s Day in 1953.

A 29¢ stamp honoring Hank Williams was issued June 9, 1993, as one of the earliest issues in the American Music commemorative series (Scott 2723). Slightly different varieties of the same design were issued in September 1993 (2771, 2775).