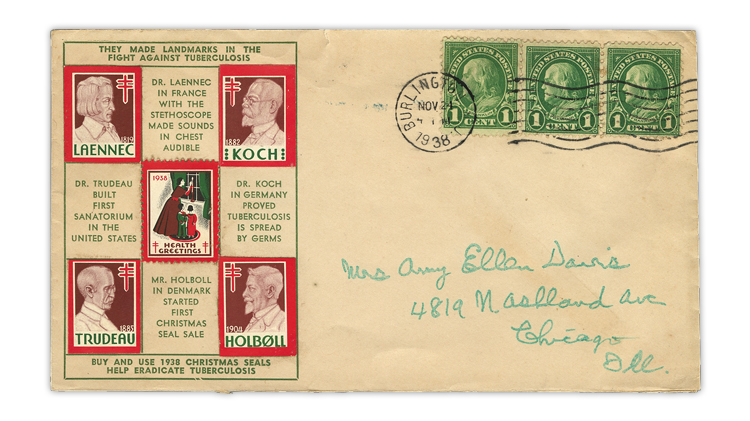 Figure 1. Charles Gilbert produced this first-day cover for the 1938 Christmas seals. The cachet features the four portrait seals that were included as the corner seals in the pane of 100. The seals honor pioneers in the fight against tuberculosis. 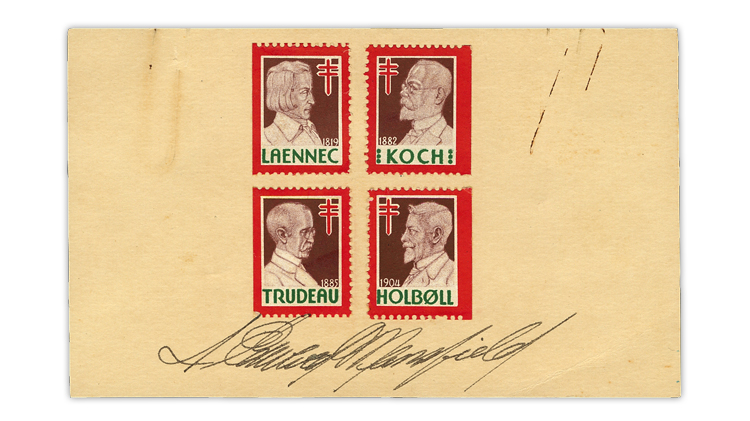 Figure 2. The 1938 portrait seals were designed by I. Edward Mansfield, whose signature is on this card. 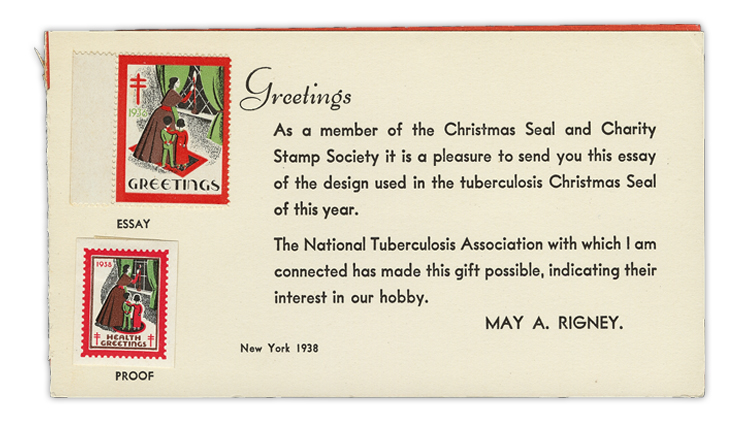 Figure 3. The National Tuberculosis Association gave one of these souvenirs to members of the Christmas Seal and Charity Stamp Society. It shows an essay for the seal (dated in 1936, upper left) and a proof of the seal as issued. 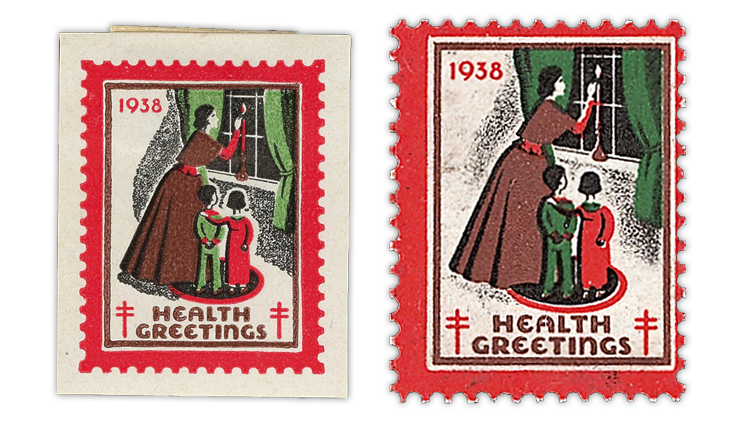 Figure 4. There are several differences between the essay (shown here at left) and the issued 1938 Christmas seal.
Previous
Next

The pane of 1938 Christmas seals included a nice surprise: the addition of four pictorial seals showing pioneers in the anti-tuberculosis and Christmas seal movements.

The seals are located in the four corners of the panes of 100. The other 96 seals in the pane share the same design of a woman lighting a candle in the window while two children watch. This is considered the “normal” Christmas seal design of 1938.

Charles Gilbert, a well-known collector, celebrated the release of the 1938 seals by preparing the limited-edition cacheted cover shown in Figure 1. The cachet is headed “They made landmarks in the fight against tuberculosis” and provides brief information about each of the four men honored on the seals. The five seals from 1938 also are attached.

The cover was canceled on Nov. 24, 1938, the official first day of issue for these seals.

In Gilbert’s cachet, the normal seal is in the center, and the four portrait seals surround it in their proper corners. The individuals shown and why they were honored follow in clockwise order, starting in the upper left.

The first seal shows Dr. Rene Laennec, who invented the stethoscope in 1819, making the firm diagnosis of tuberculosis possible.

The text on the cachet reads, “Dr. Laennec in France with the stethoscope made sounds in chest audible.”

In the upper right is the Christmas seal honoring Dr. Robert Koch with the text “Dr. Koch in Germany proved tuberculosis is spread by germs.”

In 1882, Koch discovered that the tubercle bacillus caused tuberculosis.

In the lower left is the seal honoring Dr. Edward Trudeau. The text on the cachet says, “Dr. Trudeau build first sanatorium in the United States.”

Trudeau established this sanatorium in 1885 at Saranac Lake, N.Y.

The portrait seals were designed by I. Edward Mansfield, whose autograph is shown in Figure 2. The normal seal showing the woman and two children was designed by Lloyd Coe.

I don’t know how many of these souvenirs exist, but they are not plentiful.

Note that there are significant differences between the essay and the final seal, as shown in Figure 4.

These differences are especially noticeable in the shapes of the window, drapes and rug; the color and placement of the date and the double-barred cross; the shading around the window and in the upper right of the design; and the wording underneath the illustration.

We too often take the final designs for granted, but the comparison between the essay and the issued seal illustrates some of the many decisions that go into coming up with the most effective design possible. This takes time. You may have noticed that the 1938 essay is dated 1936, meaning that this process took at least two years.