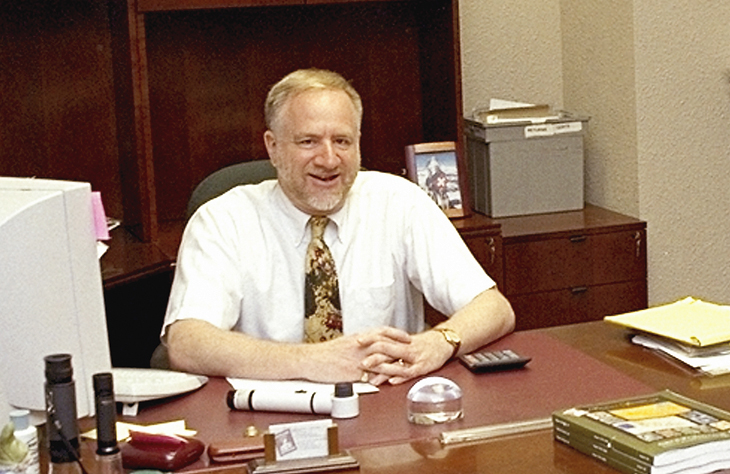 David M. Kols, a stamp dealer and auctioneer who was also a supporter of stamp hobby efforts in the Midwest and nationally, died March 13 at age 67.

Mr. Kols announced in 2017 that he had been diagnosed with an aggressive cancer and that his retail stamp business and auction firm were both closed.

With a bachelor’s degree in economics from Lehigh University, Mr. Kols established Mississippi Computer Corp. in 1984 to provide software to the wholesale travel industry.

A stamp collector since childhood, he revamped his business eight years later as Regency Stamps Ltd. and opened a street-level retail stamp store in the St. Louis area. The shop remained open for a quarter century and included a United States Postal Service substation and philatelic window.

Working with hobby leaders in the St. Louis area, Mr. Kols and his wife Penney, who survives him, founded and supported St. Louis Stamp Expo, which held its first show Oct. 1-3, 1993.

The show quickly earned accreditation as an APS World Series of Philately show and has maintained that status for more than two decades.

With Mr. Kols as executive director, the show was the first major stamp exhibition in the St. Louis area in nearly 20 years. It made a significant effort to engage youngsters in the first year by bringing in more than 900 schoolchildren in a single day and providing activities and gifts for them.

Mr. Kols began conducting online auctions through a dedicated website and public auctions under the Regency Stamps name before buying the assets of Superior Stamps and Collectibles of Beverly Hills, Calif., and establishing Regency-Superior Auctions in 2002.

He also began writing the Stamp Market Tips column for Linn’s Stamp News in 2002, fulfilling that role for more than three years.

Regency-Superior presented auctions at major shows, including St. Louis Stamp Expo, Chicagopex and the annual APS Stampshow and offered collectible items such as coins, space and celebrity memorabilia and autographs in addition to stamps and postal history.

Writing in Linn’s Stamp News in 2017, Mr. Kols said the firm held some 125 auctions and sold almost $150 million worth of material.

He was inducted into the American Stamp Dealer and Collector Hall of Fame in 2016.