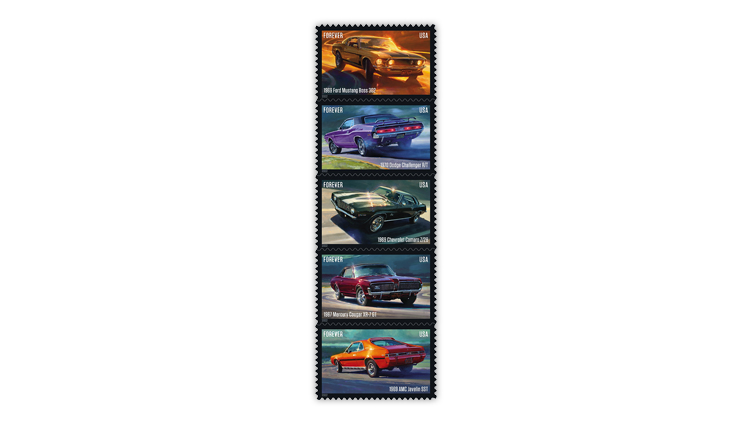 As part of the 2022 United States stamp program, the U.S. Postal Service will host a first-day ceremony for the Pony Cars stamps Aug. 25 during the Great American Stamp Show in Sacramento, Calif.

Wendy Masorti of the American Philatelic Society reported Dec. 27, 2021, on the APS website that the USPS is working with the California Automobile Museum to have pony cars displayed on the show floor for the ceremony.

The stamps will be issued in a pane of 20 with the five designs se-tenant (side-by-side).

Pony cars, with their sporty look and affordable price, have remained popular since their introduction in the 1960s. General characteristics of pony cars include a long hood, small trunk, two doors and rear-wheel drive.

The Postal Service called these vehicles “a uniquely American obsession.”