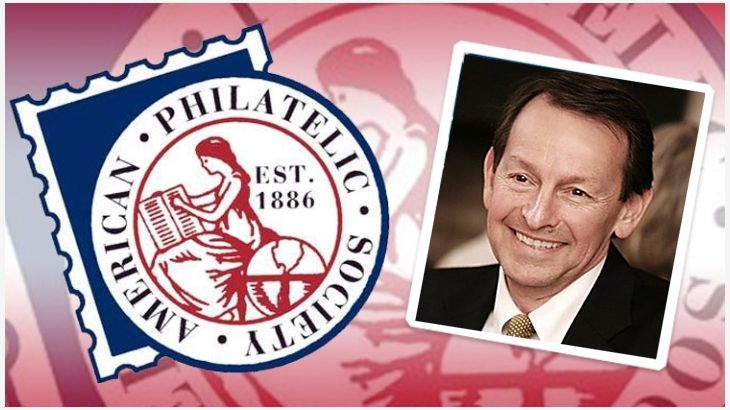 The American Philatelic Society board of directors has approved a final draft of a letter from APS president Mick Zais to the president of the International Federation of Philately.

The American Philatelic Society’s board of directors has agreed on a final version of a letter that will be sent to Tay Peng Hian, president of the International Federation of Philately, to express “serious concerns” about the operations and governance of the federation, which is commonly identified by the initials FIP (for Federation Internationale de Philatelie).

The letter is signed by APS president Mick Zais, with copies provided to board members of the FIP and the APS, as well as the FIP continental federations, the FIP national federations, and the president of the American Association of Philatelic Exhibitors.

Established in 1926 and headquartered in Luxembourg, the FIP describes itself a network of national philatelic federations (such as the APS), with goals of promoting stamp collecting and philately, maintaining friendly relations and friendship among all peoples, establishing and maintaining close relations with the philatelic trade and postal administrations, and promoting philatelic exhibitions by granting patronage and auspices.

Its involvement in international exhibitions has drawn criticism in recent years, leading to calls for the formation of a new international league or a revamping of the existing federation.

“This letter should not come as a surprise to you since for nearly two years the philatelic press in the United States has reported direct, explicit criticism of the FIP which I am sure you have read,” the letter from Zais and the APS states. “Likewise, there has been growing condemnation of FIP in parts of the international exhibiting community.”

The 2½-page letter individually identifies what are described as “deficiencies in FIP’s operations” and also claims “the structure and rules which govern FIP contribute to the perception of corrupt practices within the organization.”

Zais wrote: “Deficiencies in FIP’s operations fall into the following areas: fairness and quality of philatelic judging, the selection of international jury members, the growing expense of international exhibiting, and fostering friendly relationships and cooperation among philatelists.”

Specific examples of “inferior exhibits” being selected over “clearly more significant and superior exhibits” have been described in Linn’s Stamp News and The Philatelic Exhibitor (the journal of the AAPE), the letter notes, adding that this has led to “the widespread perception of either incompetent or corrupt judging.”

On the subject of selecting FIP jury members, the letter states that the FIP president and the exhibition coordinator appointed by him can heavily influence the selection of the jury, and proposes that “all FIP qualified judges should be eligible and chosen by the respective national federations by submission of a short list to the organizing committee.”

The letter also notes that the high cost of international exhibiting could be eased by the FIP, citing a balance of nearly $2.5 million in the international organization's treasury.

“We propose that some of this money should be used to underwrite the expense of FIP competition for the host show committee as well as frame fees. A positive start would be for the FIP to pay the frame fees for first-time exhibitors.”

Four proposals are made to change policies that affect the governance of the federation.

The APS states that the presidency of the FIP should rotate among the three continental areas — Asia, Europe and the Americas — though all member countries would still vote for the candidate of their choice from among the nominees from the designated area.

The proposal to change the composition of the board of vice presidents would allow only the members of the continental federations the opportunity to vote for their representative to that board.

Chris King of the Association of British Philatelic Societies and Stephen Reinhard, the APS immediate past president, were candidates to represent Europe and the Americas, respectively, as FIP vice presidents in elections held last October. Neither was elected, and a Linn’s article by New York correspondent Matthew Healey published shortly after the election reported on criticism of the FIP election process and the ensuing backlash.

The APS letter also asks for more openness and transparency in the management of the FIP financial assets, with specific changes prohibiting FIP officials or their family members from participating in the management or ownership of investments in the FIP portfolio.

With regard to voting procedures for grand prix awards at FIP competitions, the letter states: “Current provisions for selecting the three Grand Prix awards provide for secret ballot by jury members. In the interest of promoting openness, transparency, and accountability, we propose that voting be by roll call during the jury proceedings.”

Zais concludes that the adoption of these proposals “will be a strong signal that FIP recognizes that action needs to be taken to address the increasing criticism, and that FIP remains committed to supporting and representing the best in international exhibiting practices.”

The telephone meeting held May 2 was attended by all APS board members with the exception of vice president Robert Ziegler and treasurer Bruce Marsden. In a roll call voice vote to approve the drafted letter, all members except APS secretary Steve Schumann voted yes.

According to minutes approved by the board May 2, in the previous board meeting held by phone April 18, Schumann argued that the board should seek wider distribution of the letter to the APS membership before sending it out, and proposed that it should be published in the American Philatelist, the society’s monthly magazine.

APS members can read the full text of the drafted letter approved by the APS board by logging in to the APS website and looking under “About APS” and “Business and Finance” for the link to meeting minutes.