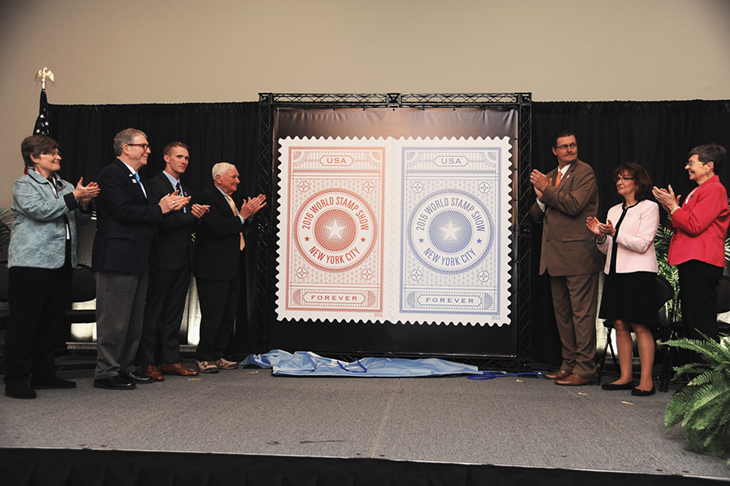 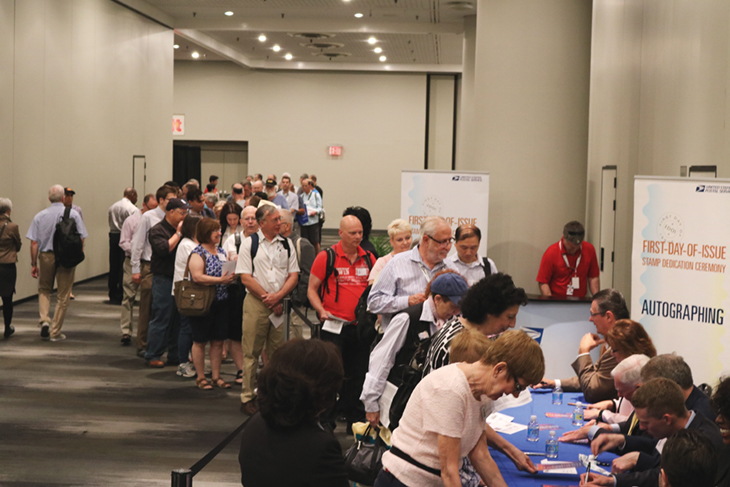 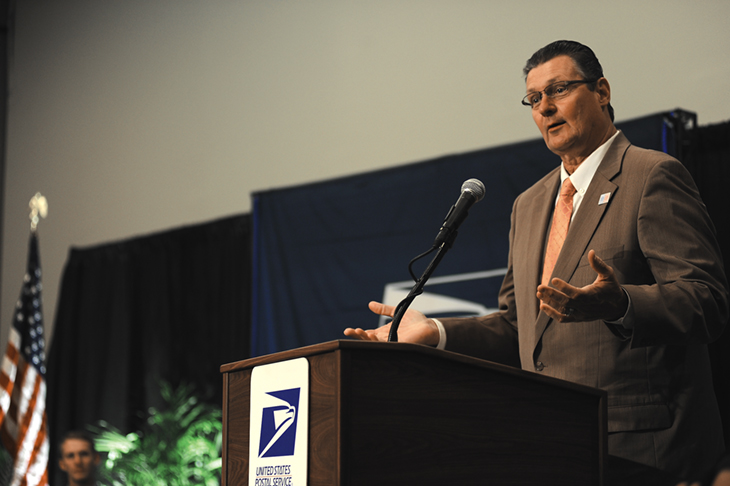 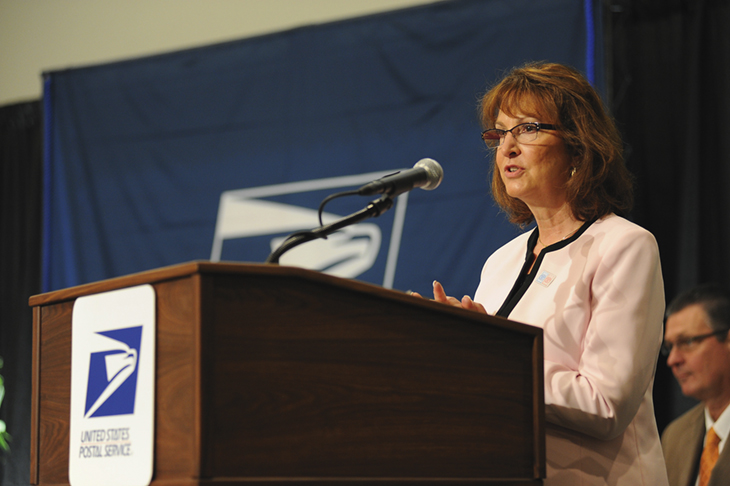 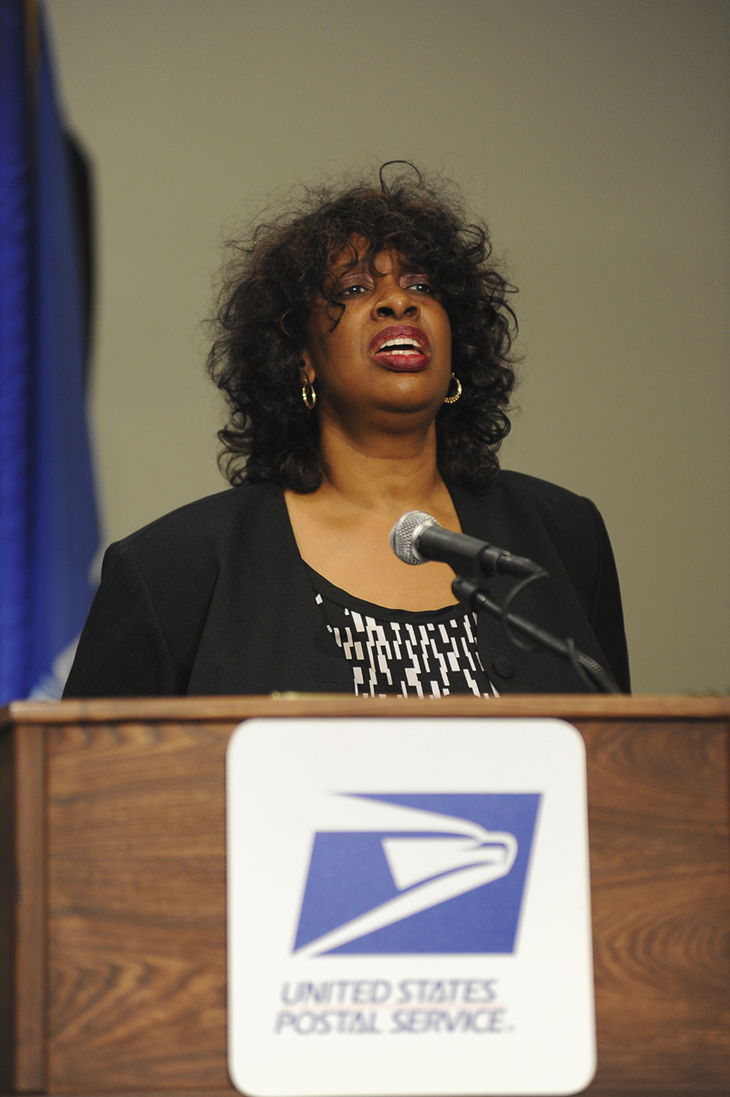 The World Stamp Show-NY 2016 forever stamp folio was officially issued May 28.
Previous
Next

The May 28 first-day ceremony for the World Stamp Show-NY 2016 forever stamp folio was opened by Laurie Timmons, United States Postal Service manager for marketing in the Northeast area. Timmons announced the presentation of colors by the U.S. Postal Inspection Service New York Division Honor Guard, and the singing of the national anthem by S. Lynne Watson-Miyamoto, a USPS customer service supervisor.

Among those in attendance at the ceremony were two men responsible for the stamp design, USPS art director Antonio Alcala and graphic artist Michael Dyer.

USPS Executive Vice President James P. Cochrane, who had earlier participated in the opening ceremonies for the New York stamp show, extolled the intaglio-printing of the new stamps, which repurpose the basic design of the two World Stamp Show stamps issued in 2015.

The new stamps reverse the color and white sections of last year’s red and blue stamps, and present them in a novel two-part folio of 24 stamps.

Those participating in the stamp ceremony then gathered together onstage to unveil the matching designs, which were presented as six-foot-tall reproductions.

Robert E. Lamb, former executive director of the APS and now a member of the American Topical Association’s board of directors, was introduced next.

“Stamp shows are always fun, New York City is always fun, so I think we’ve got a winning combination here,” Lamb told the crowd. He observed that the World Stamp Show was taking place just about a mile from the first international show ever held in the United States, the 1913 International Philatelic Exhibition at the Engineering Societies’ Building, which Lamb noted was still standing.

Lamb complimented the new stamps as a wonderful tribute to the stamp hobby.

Randy L. Neil, editor of the American Stamp Dealer and Collector magazine was next to speak, and recalled attending Fipex, the Fifth International Philatelic Exhibition, at the New York Coliseum 60 years ago.

“Let’s get out there and have some fun!” he called out, and his invitation was met with enthusiastic applause.

What's the difference between dry printing and wet printing?

What once was stamp printing is now stamp production