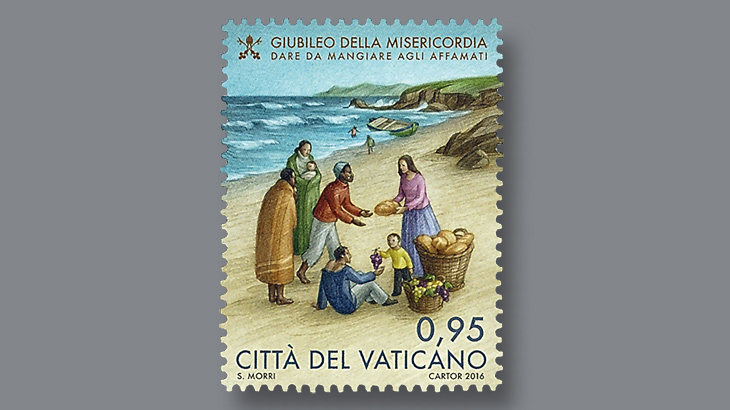 A series of stamps from Vatican City illustrating the seven works of mercy was recognized with a special prize from the St. Gabriel award organizing committee. The stamp shown represents feeding the hungry. 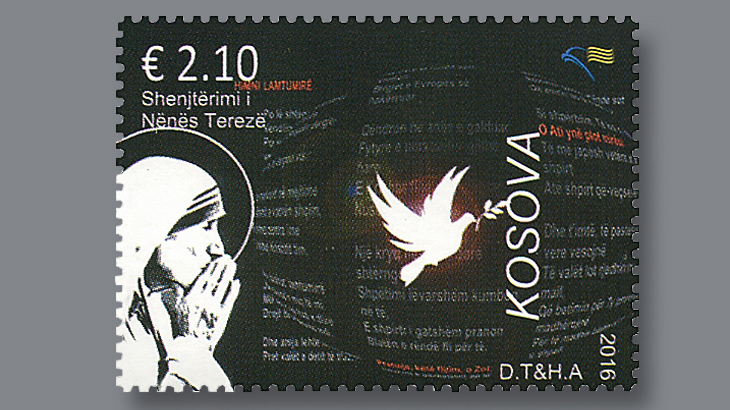 A stamp from Kosovo honoring the canonization of Mother Teresa won the St. Gabriel award for the best religious stamp of 2016. 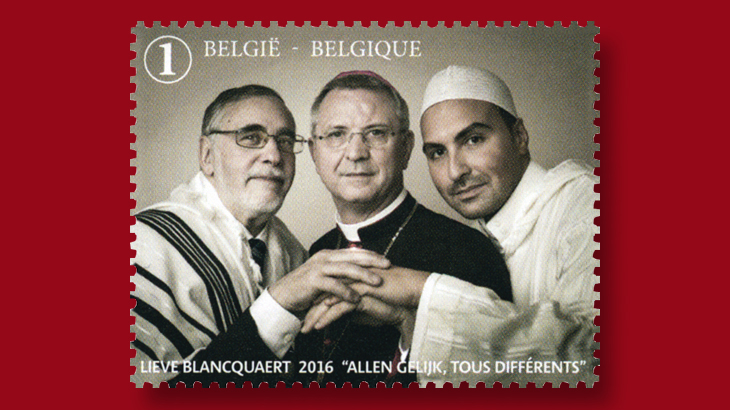 A Belgian stamp promoting tolerance and featuring a photograph of a rabbi, an iman and a bishop was given a special prize by the St. Gabriel award organizing committee.
Previous
Next

The design by Dijana Toskas and Hilmijeta Apuk shows a portrait of Mother Teresa praying and includes words from her poem Farewell, written while she was first traveling as a missionary to Calcutta.

Named after “the Lord’s postman,” St. Gabriel, this award for religious stamps was established in 1969 in Verona, Italy.

The award ceremony is traditionally hosted by the town of Legnago, birthplace of composer Antonio Salieri.

Vatican City earned a special accolade for its series of stamps illustrating the seven works of mercy. Stefano Morri, David Maraskin, Orietta Rossi and Daniela Fusco created the designs for these stamps.

These stamps were also part of a larger series commemorating the Jubilee of Mercy.