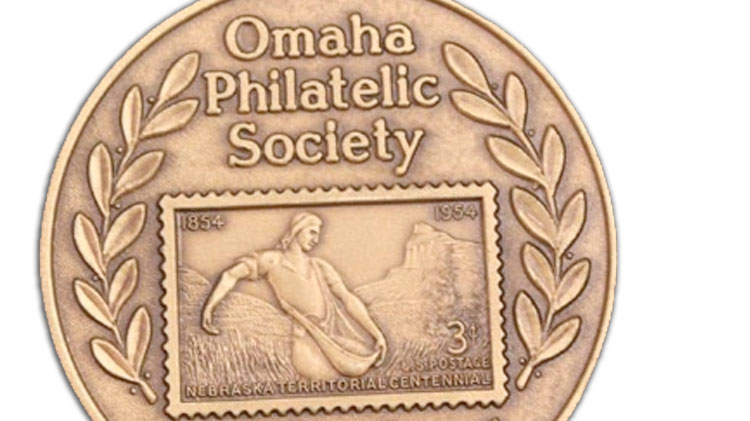 The show will include a bourse of 15 dealers from across the United States. The dealers will offer a range of philatelic and postal history material from numerous countries.

On Saturday, the American Association of Philatelic Exhibitors will present a forum on exhibiting at 2 p.m.; the exhibitors’ critique will begin at 4 p.m.. Both are open to the public.

At 1 p.m. on Sunday, Steve McGill will give a talk on British postal mechanization from Transorma to the modern era. On Sunday, show attendees will also find out who won the raffle drawing and which exhibit was voted most popular.

Approximately 77 frames of exhibits had been submitted to the competition as of early August. The jury for exhibits consists of Ron Lesher, Mark Schwartz and Steve McGill.

Awards for exhibiting will be presented at a Sunday morning breakfast at the show hotel. Tickets are $16. For more information, visit the show website listed at the end of this article.

To learn more about the Omaha Stamp Show, visit the show website.