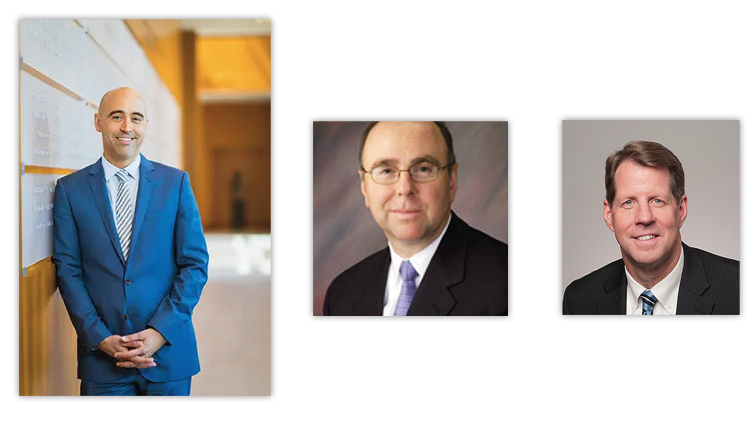 Postmaster General Louis DeJoy has named his first three appointees to the Citizens’ Stamp Advisory Committee, selecting a George Washington historian, a Pittsburgh gynecologic oncologist and an educational executive for the panel.

Butterfield is the executive director of the Fred W. Smith Library for the Study of George Washington at Mount Vernon,  Va., home of the nation’s first president.

Kelley is a professor emeritus in obstetrics, gynecology and reproductive science at the University of Pittsburgh.

Ream is the president of the Fund for American Studies, an educational organization based in Washington, D.C., that works with high school and college students to promote free market principles, limited government and leadership.

Membership on the panel, which advises the postmaster general on future stamp issues, has fallen to 10 members from 15 members.

The DeJoy appointees do not appear to come from any particular background, such as the graphic arts. Individuals with graphic arts backgrounds have been popular with recent postmasters general.

Before joining the Smith library at Mount Vernon, Butterfield was a tenured professor of classics and letters at the University of Oklahoma where he taught early American history and directed a study program on the U.S. Constitution.

Kelley confirmed to Linn’s that he is a stamp collector.

He said he started the hobby as a child and re-entered the hobby after beginning his career in academic medicine.

“My wife decided I needed a hobby as a distraction from my career as a gynecologic oncologist,” he said in an email.

His topical interests include Mother Teresa and stamps made of leather or other substances. The latter interest, he said, was sparked by Linn’s.

He said that more recently he has looked for stamps dealing with the COVID-19 pandemic.

Kelley, who has been repeatedly ranked as one of Pittsburgh’s top physicians, has written or co-authored more than 150 articles, abstracts and book chapters.

Ream founded the educational organization he now heads in 1967. He previously was a founding member of Citizens for a Sound Economy, a special assistant to two members of Congress, and a senior member of the Foundation for Economic Education.

He holds a bachelor’s degree from Vanderbilt University.

CSAC, founded in 1957 as an advisory body, holds quarterly meetings that are closed to the public. Its actions are considered confidential and rarely disclosed.

Interestingly the news release announcing the appointments did not mention DeJoy’s name or that he had selected the three individuals.