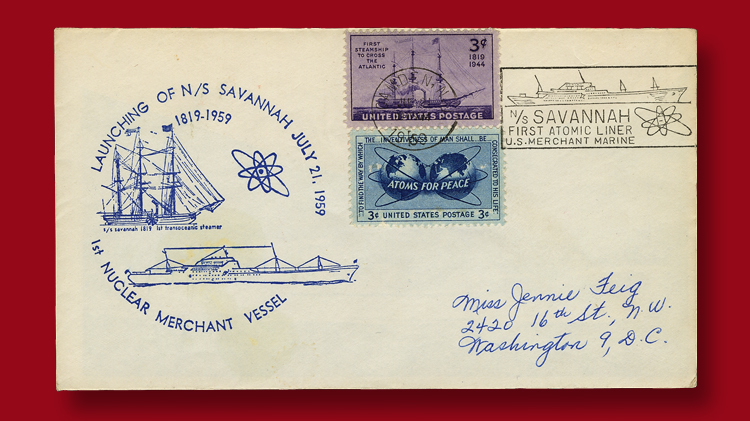 The United States Post Office Department noted the launching of the NS Savannah with a widely used commemorative cancellation, shown here on a cover also marking the event. The cover bears two 3¢ stamps: a 1944 stamp honoring the 125th anniversary of the 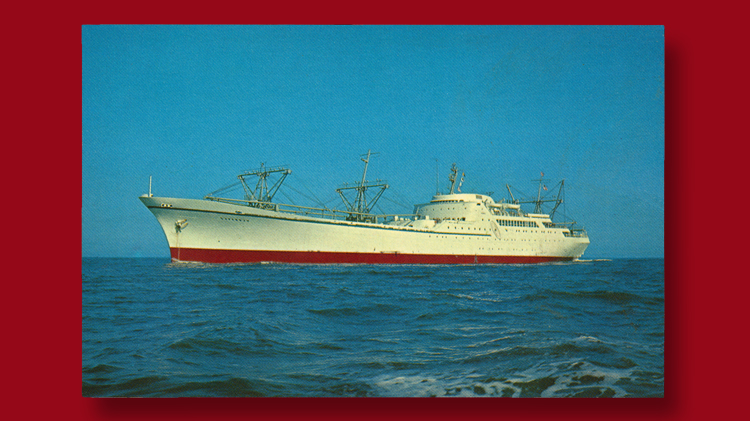 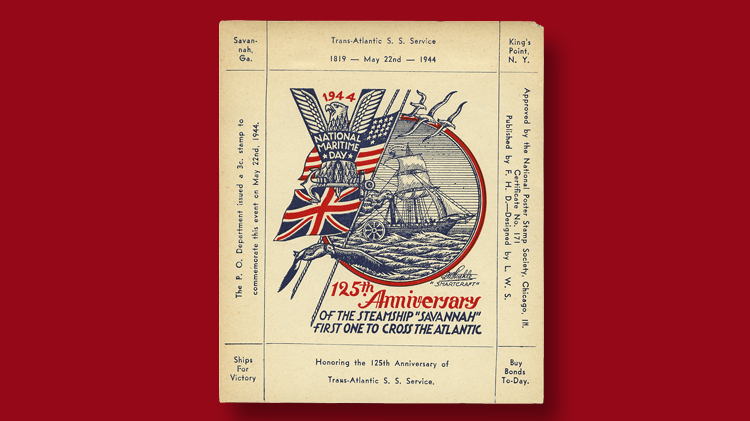 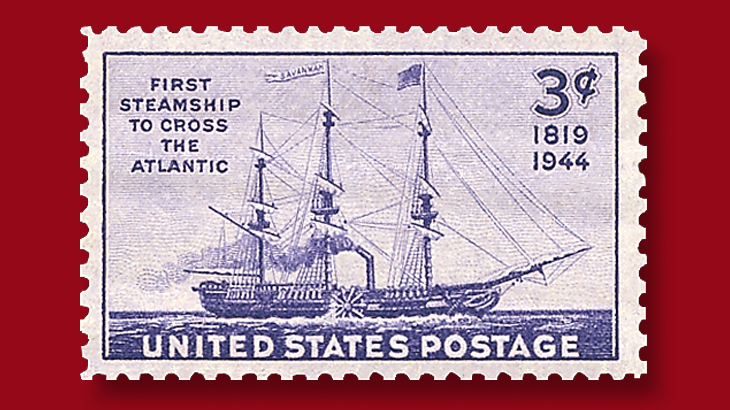 The 1944 stamp picturing the Savannah does not include the ship’s name.
Previous
Next

Nuclear-powered ships are certainly major components of the United States Navy. But they have not caught on in the sphere of merchant shipping despite being heralded as the wave of the future in 1959 when the world’s first nuclear-powered merchant vessel was launched. That ship was the NS Savannah.

The United States did not issue a stamp for the occasion, but a commemorative cancellation was put into service and used widely. A cover with the cancellation is shown nearby.

The reasons for the failure of the concept centered on the problems of dealing with nuclear waste and the high cost of construction and upkeep, making it nearly impossible to turn a profit in the industry.

The Savannah was decommissioned in 1971 after eight years of service (at a loss). The ship has been designated a National Historical Landmark, and is now docked as a museum ship at Pier 13 in Baltimore, Md.

The Post Office Department did issue a 3¢ stamp in 1944 that pictured the steamship Savannah (Scott 923). It was the first steamship to cross the Atlantic in 1819, 125 years earlier.

Curiously, the stamp design does not include the name of the ship pictured.

Arguably, the National Poster Stamp Society did a better job of memorializing the event with the 1944 Staehle mini-poster shown here.