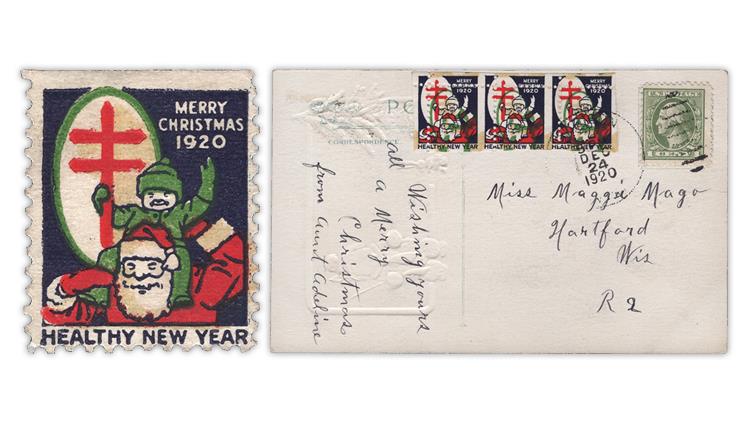 Figure 1. This postcard sports a strip of three 1920 United States type I Christmas seals with color misregistrations and a two-way misperf. A normal 1920 type I seal is shown at left. 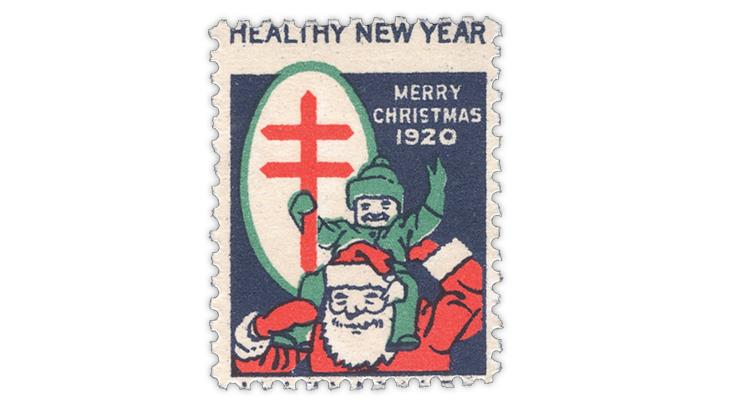 Figure 2. This 1920 type II Christmas seal has a horizontal misperf that changes the design. Can you tell the difference between type I and type II seals? A clue is in the accompanying article.
Previous
Next

What could go wrong in the production of the 1920 Christmas seal? For an answer, take a look at the normal example to the left of the Dec. 24, 1920, postcard in Figure 1, and compare it to the strip of three on the card.

This Christmas seal required four press passes: blue, red, green and the yellowish shading behind the double-barred cross. As usual, perfect registration was the norm, but some finished sheets with problems escaped.

The blue and red are properly registered on the seals on the postcard, but the green and the shading behind the cross are shifted down and to the right.

Beyond that problem, both the horizontal and vertical perforations are shifted to the lower right as well. The Figure 1 seals are all type I (Scott WX26), with the tail of the “9” in “1920” short.

Types and varieties are what make Christmas seal collecting so much fun. In this case, two companies produced the seals needed for full distribution across the United States.

For many subsequent issues, three, four and even five companies produced seals for a given year. Often there are clues to allow the collector to determine which company produced individual seals.

While the Scott Specialized Catalogue of United States Stamps and Covers lists Christmas seals and the essentials are present, a more extensive treatment can be found in Green’s Catalog of the Tuberculosis Seals Of The World: Part I, U.S. National Christmas Seals. Its 200-plus pages provide incredible detail for the collector who wants to go deeper.

The most recent edition (2014) is a publication of the Christmas Seal and Charity Stamp Society. This society also publishes a wonderful all-color quarterly journal, Seal News, for members, and a wide range of other literature on local, national and foreign seals. The publications are sold at cost.

Membership is only $20 per year ($12.50 for digital delivery of the quarterly journal.) Further information is available on the society website, or write to Paul Clemmensen, Membership Chairman, 3879 Forester Court, San Jose, CA 95121.